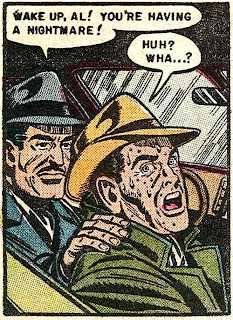 
EC Comics led the way for horror comics, and Al Feldstein led the way for EC. His chunky-funky style of art seemed perfect for horror. Maybe it's because he could draw such ordinary looking folks and such horrific walking corpses. As a writer he was great, taking an idea, writing it directly on the artboards, and having it end up just where it was supposed to. If he stuck to some formulas, well, so be it. Comics weren't considered great literature, and a product had to be turned out consistently. 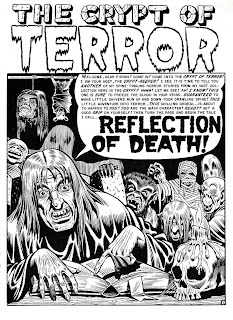 "Reflection of Death" is my favorite Feldstein horror story. It starts in straight narrative fashion, switches to the main character's point of view, builds to a big shock, back to narrative, then back to the POV. Maybe Feldstein didn't think of it as more than just a routine job, needed to fill eight pages, but seeing it the first time was a revelation for me in the art of comic book storytelling, and gave me an appreciation of Feldstein's stiff figures. Get it? Stiff? Har-har-har.

Because the splash page of my copy of Tales From The Crypt #23, from 1951, has been vandalized by some long ago owner, I've included the black and white splash from the Russ Cochran hardbound EC library. I've also included an ad I tore out of a magazine years ago and placed in that volume. 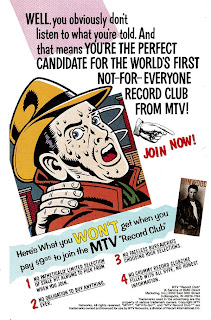 It shows that someone else also had an appreciation for Feldstein's art. 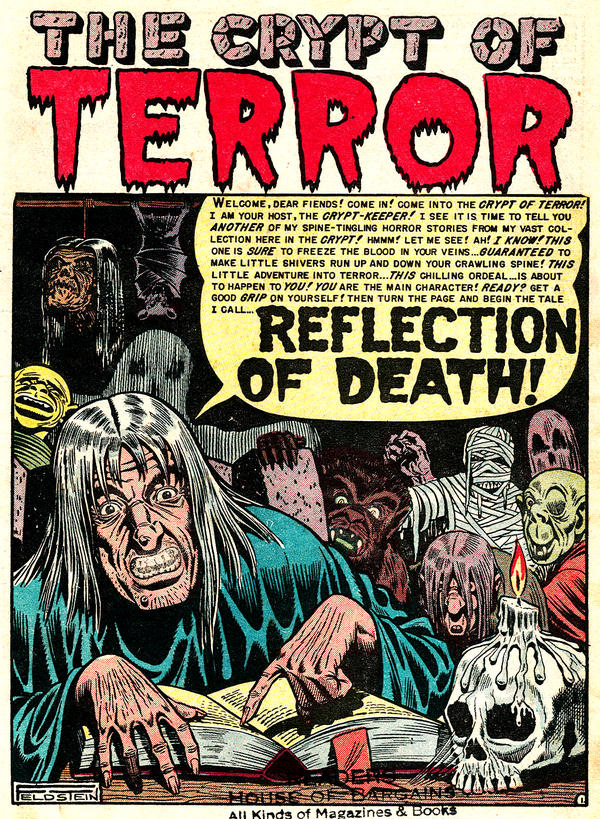 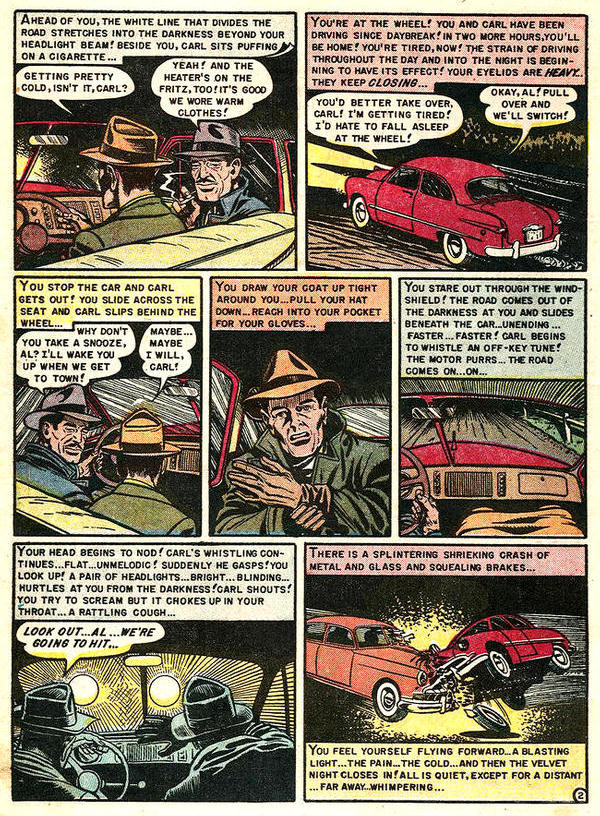 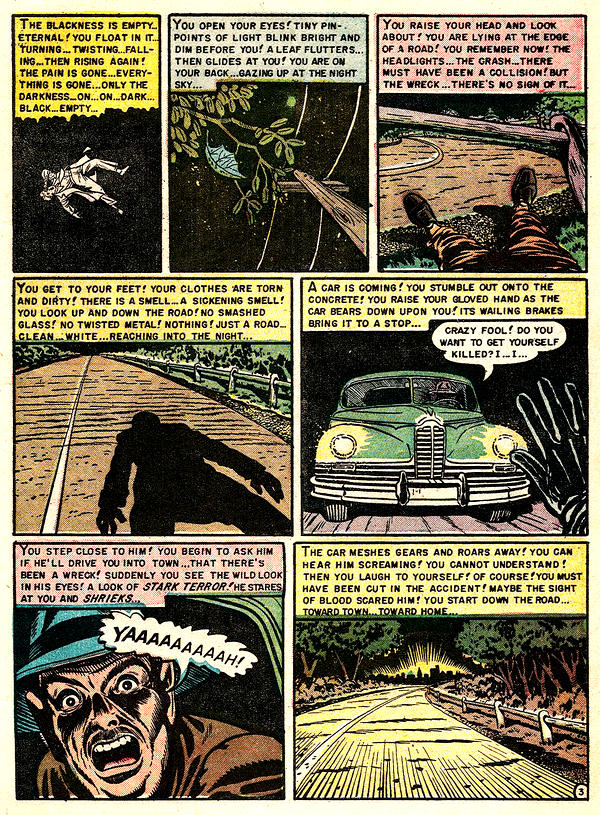 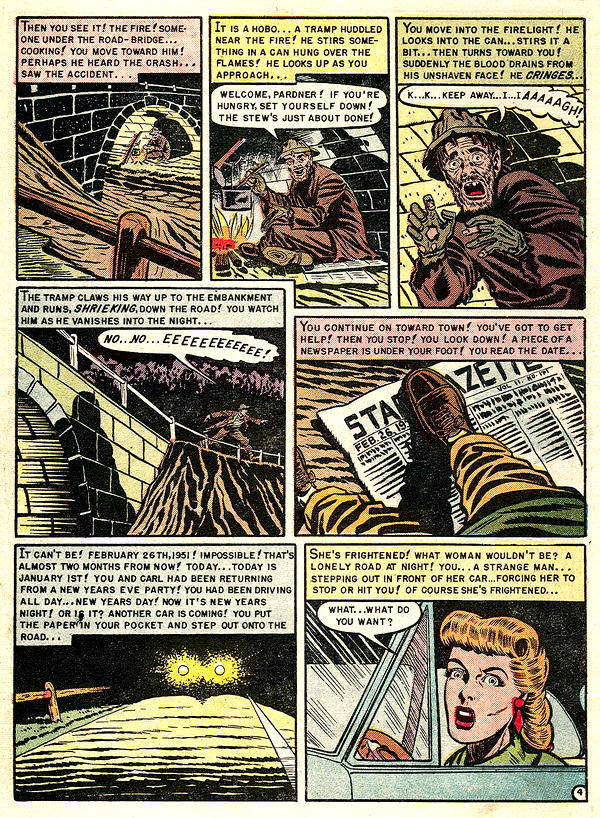 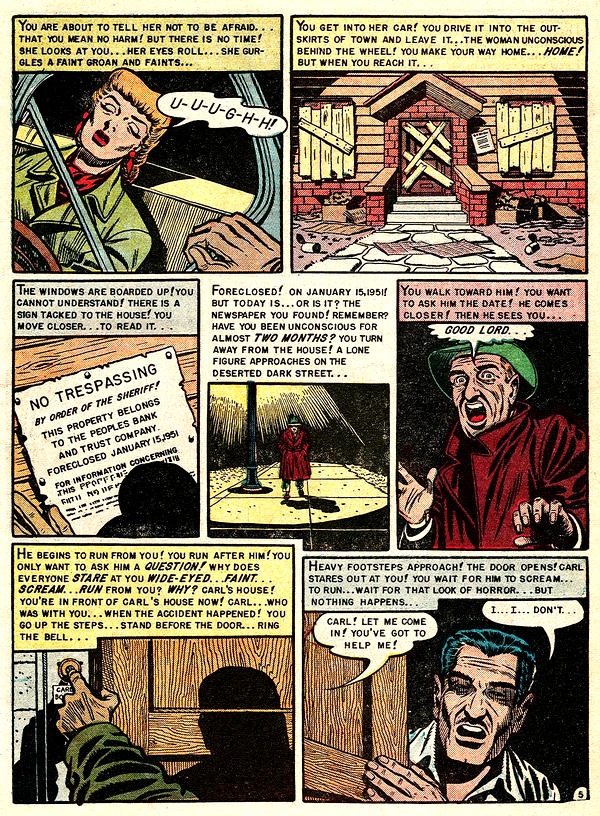 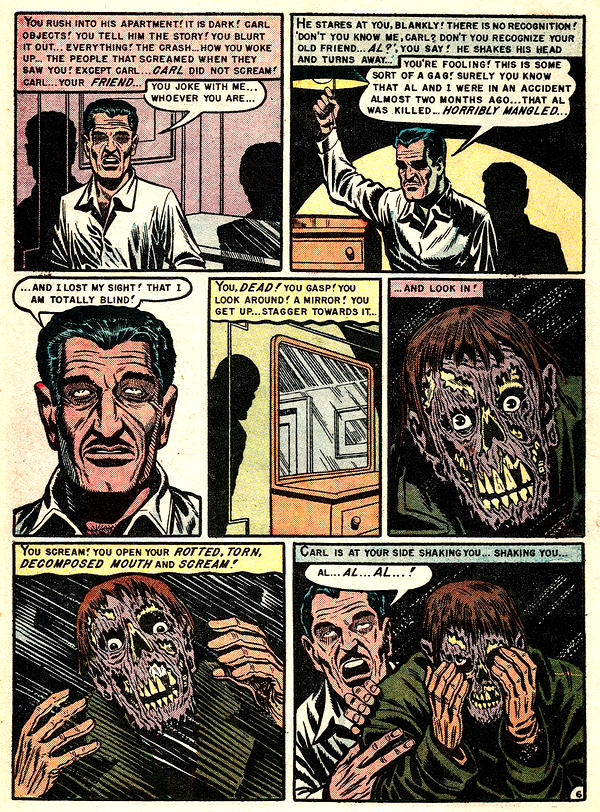 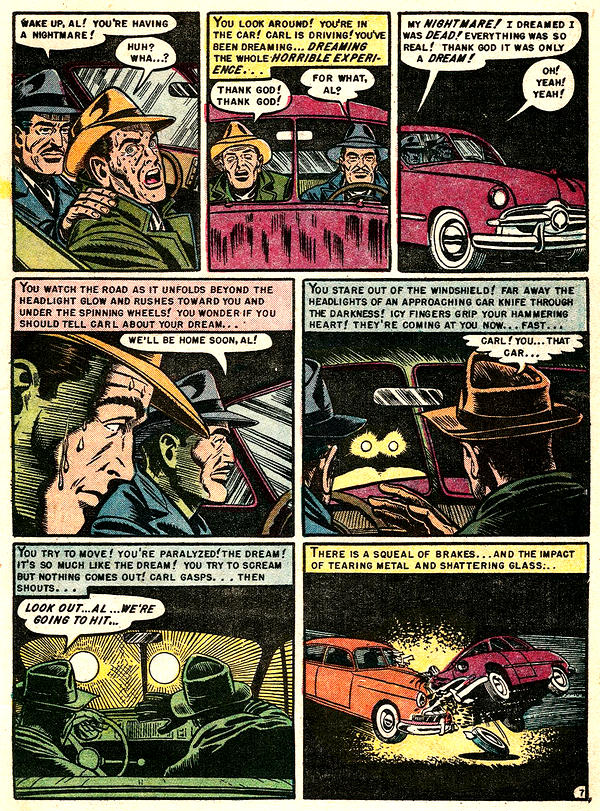 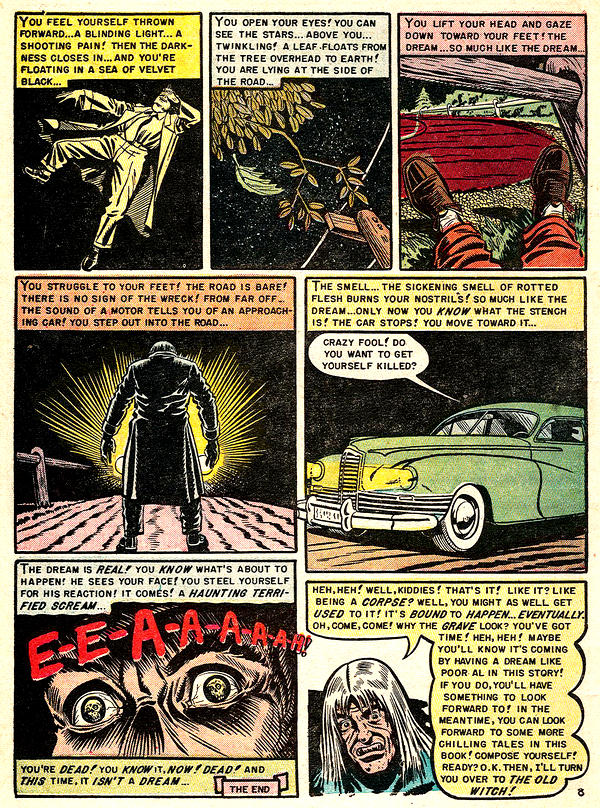 This story was used in the first Tales from the Crypt movie (in 1972). In order to better fit the formula of a sort of ghastly divine justice, Carl became Susan, and the two of them had been engaged in an adulterous affair.

I've spent almost 40 years trying to forget that movie. I feel much the same way about the HBO Tales From the Crypt TV series.

Al Feldstein was always at his best in the suspense and horror genre. Sci-Fi, not so much. I think this story was reprinted in the '60s pocketbook with a Frazetta cover of a hand coming out of a grave. My memory is a little fuzzy, but I'd swear I read it there all those years ago.

That Ballantine Tales from the Crypt paperback is where I first read "Reflections of Death" too, in 1965...