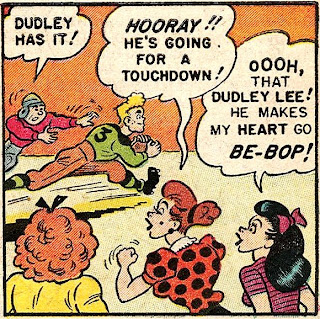 
You've gotta be a football hero...


It's baseball season, so I'm showing you a football strip.

Our teenage buddy, Dudley, is the hero of his high school football team, much to the chagrin of his "friend", Milt (and haven't we all had a "friend" like Milt?) Dudley does his football derring-do without a helmet! What a guy! The story is the last from Dudley #1, 1949, drawn and written by the great Boody Rogers. Dudley was a short-lived comic book which competed with Archie.

It's pretty good and deserved a longer run, but it doesn't have the maniacal plots Boody showed in his other comics like Sparky Watts or Babe, Darling of the Hills.

And speaking of those comics, Craig Yoe's Boody, a book of Sparky Watts and Babe strips, is available now. Don't pass it up! 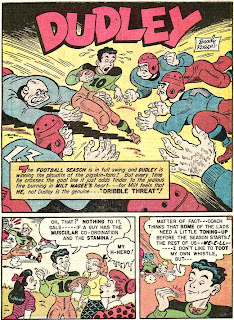 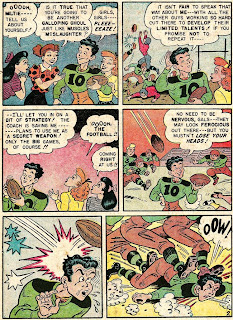 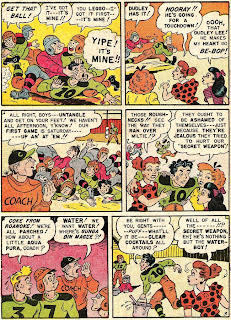 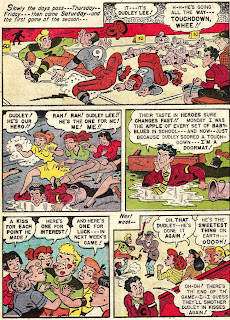 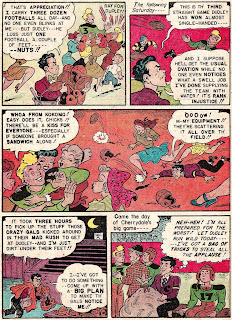 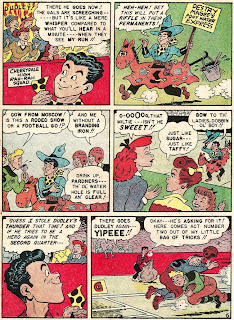 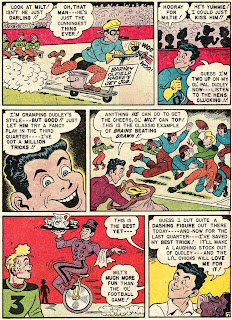 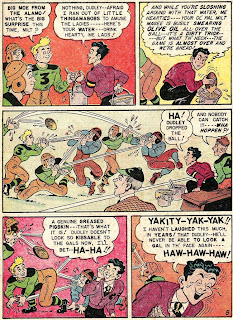 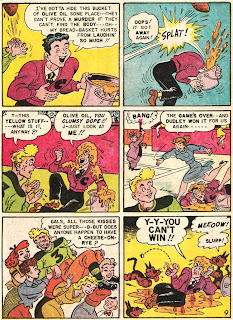