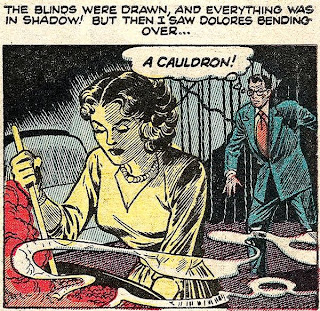 
John Forte was an artist who worked in comics from 1941 until his death in 1965 at the young age of 47. I was familiar with his work in ACG Comics where he did a steady stream of supernatural stories for editor Richard E. Hughes. Imagine my surprise when I saw that he drew Tales of the Bizarro World strips in Adventure Comics. I enjoyed his work with writer Jerry Siegel on that feature.

Here are a couple of fifties Forte strips from Atlas. The pre-Code "Come In and Meet the Folks" is from Astonishing #26, August 1953. "The Darkroom" is from the Code-approved Mystery Tales #42, June 1956. Both of the strips feature pretty young wives, and husbands who have problems with them. 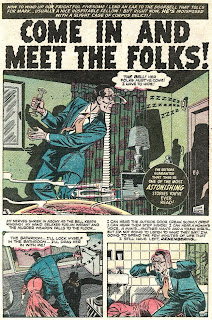 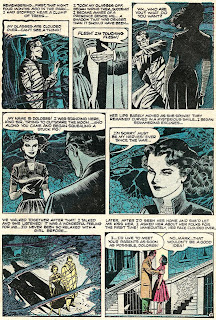 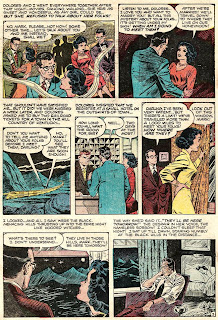 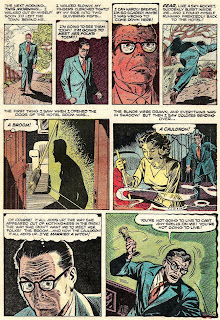 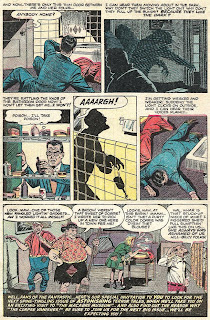 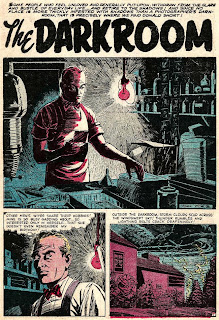 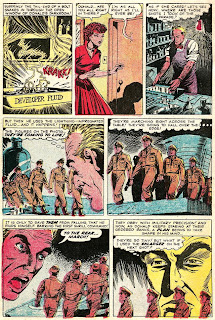 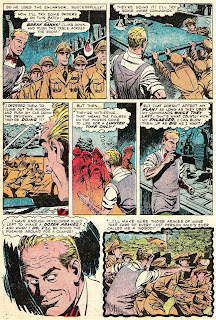 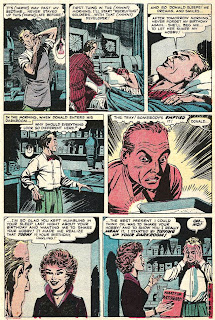 Forte!! Never enough of his work on the interwave, lemme tell ya'! And you spoil us with two stories. You have to love the idiot in the first story. "It all adds up. I've married a witch." Really? It all adds up? Kinda hasty in your logic there, aren't you mister nutjob?

But the second story is much better (art and story). When the guy says to his wife "I'm all right as I'll ever be." the writing won me over. And you have to love an "unhappy ending" where the guy finally gets his stunningly beautiful young wife to share his interests. We should all be so unhappy.

Five pages isn't enough time to get much of a psychological insight into a character, but Mark does seem to be suffering from post traumatic stress disorder. "Must be my nerves. Ever since the war..."

But man, talk about overreacting.

It's interesting to see a side-by-side comparison of these two samples published a few years apart. Not that there's anything wrong with the first tale -- not at all -- but in the second one his ink line is consistently much more confident. We lost him way too soon.

Wonderful post and a nice representation of Mr. Forte. Glad to see this one!

I married an eastern Kentuckian, so this story kind of cracks me up. Of course, it also kind of offends me. I mean, not really, but it is emblematic of the prejudice that rural people still deal with today. Don't get me wrong, I can take a joke on the Mrs.' behalf as well as any man, but I wish that I could wave my hand and explain this away as a sort of quirk of the fifties, big city publishing's attitudes toward all the rest of America (and the world, frankly), etc. But I can't. The very same anti-southern, anti-rural sentiment flourishes today in the very same cortoony strokes, albeit today's hillbillies would have actually been the cannibal bogeymen expectation that this story uses the stereotype to thwart.

Forte also a few DC Curt Swan stories. Not my favorite Superman artist but memorable regardless.