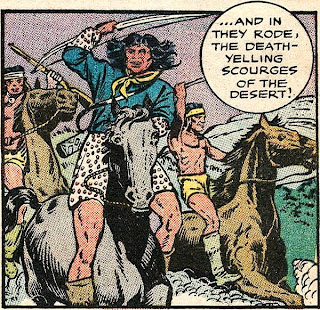 
The one-shot comic, Apache, was originally published by Fiction House in 1951. I found it as an IW reprint in 1958. IW was Israel Waldman. Waldman bought the printing plates of defunct comics from the publishers, and reprinted them with new ads, put them in a bag, and sold them three for 25¢. 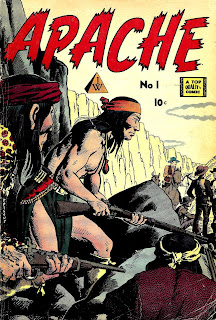 Of the two covers, I prefer John Severin's really strong graphic composition. The Fiction House cover is a mess, and might have led to it being the only issue. 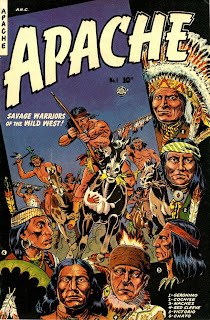 Somebody at Grand Comics Database thinks this story is by Lucas Orton, because that's the name on the splash panel. I hate to disillusion, but this is a Jerry Iger comic book shop job, with what I see as the strong presence of Robert Hayward Webb, who probably did most of the pencilling. Fiction House used a bunch of pen-names on their comics, and you can't take any of the bylines literally.

"Geronimo Red Wolf Of The Badlands" is a good story, mixing in historic characters with fiction, and the Native Americans are the main characters. In too many old comics, novels, movies, etc., if you had a story about Indians it would be told from a white perspective. The most sympathetic character in the story is a Navajo, Lance. Finally, someone should have told the colorist that U.S. Cavalry uniforms weren't scarlet red. We fought a war 100 years earlier with guys in red. 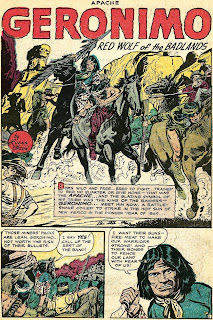 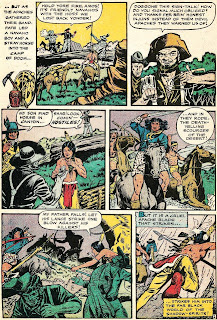 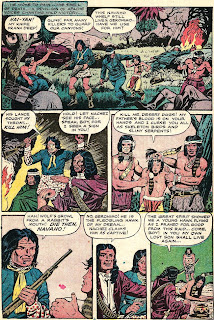 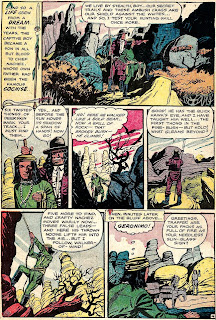 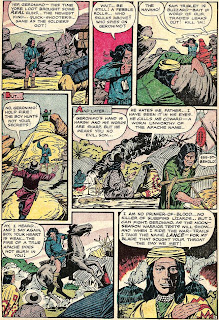 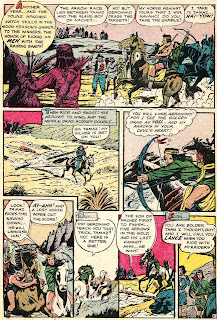 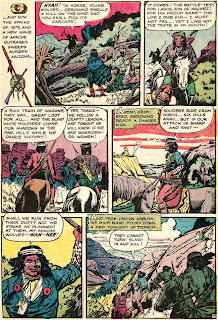 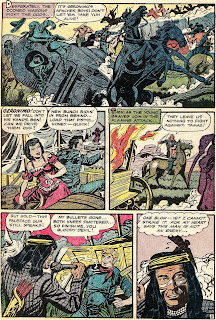 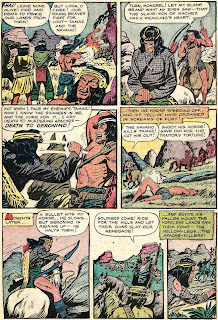 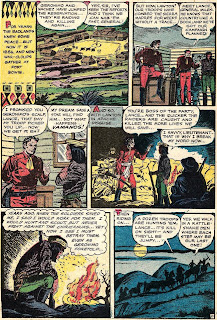 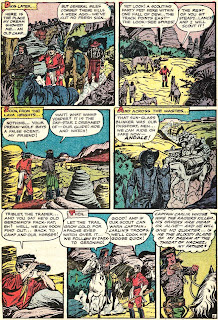 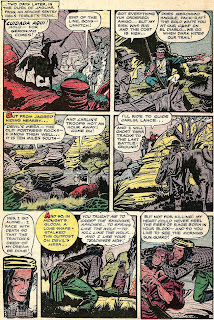 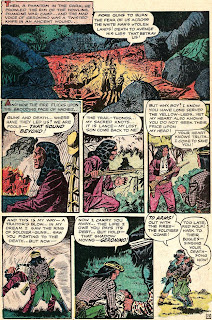 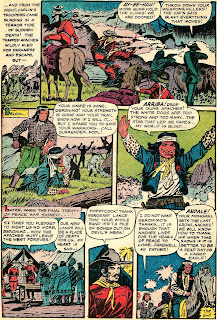 Is it just me, or is there an inordinate amount of discussion about bones and skeletons in this story?

Great story, Pappy. As always, thanks for sharing.