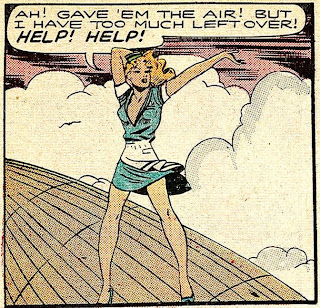 
Man, Matt Baker could draw girls. Voluptuous girls: girls with headlights on high beam and girls with legs. Long, long legs and he made sure you got to see them. If Baker hadn't died in his thirties he could have gone on to pin-up art, a la Gil Elvgren or Peter Driben, or even another ex-comic book man, Jay Scott Pike.

Sky Girl, who finds a way to show off her perfect pins in nearly every panel, is from Jumbo Comics #93. Flamingo, who also gives us a peek beneath her skirt, is scanned from Pacific Comics' Jerry Iger's Famous Features #1, July 1984. It's a previously unpublished story. Baker worked for Jerry Iger's comic book shop. Flamingo was a property developed by Iger, Baker and writer Ruth Roche for a daily newspaper strip. 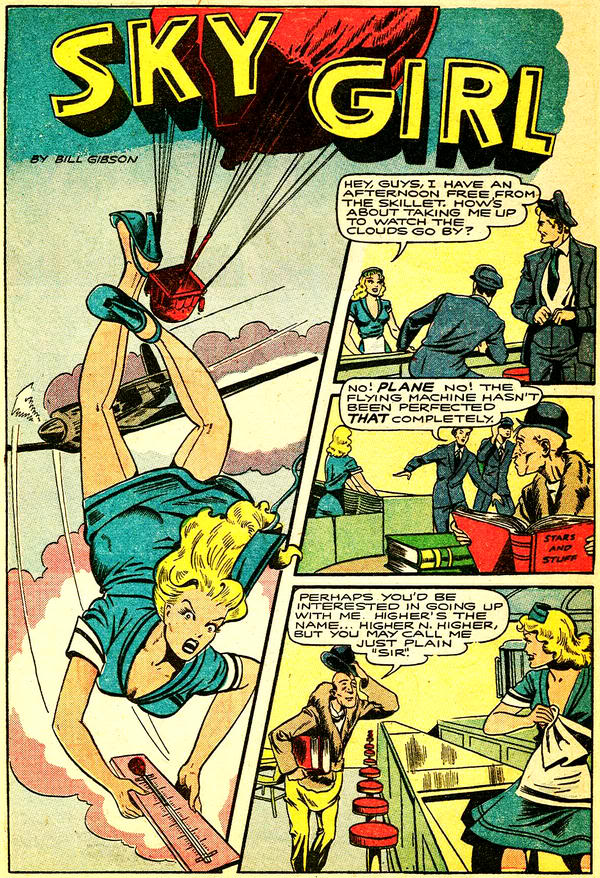 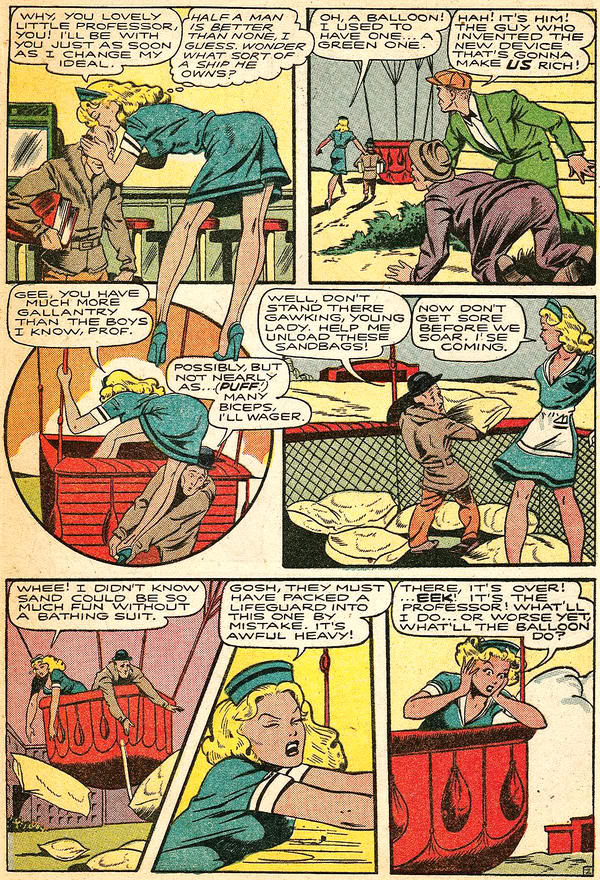 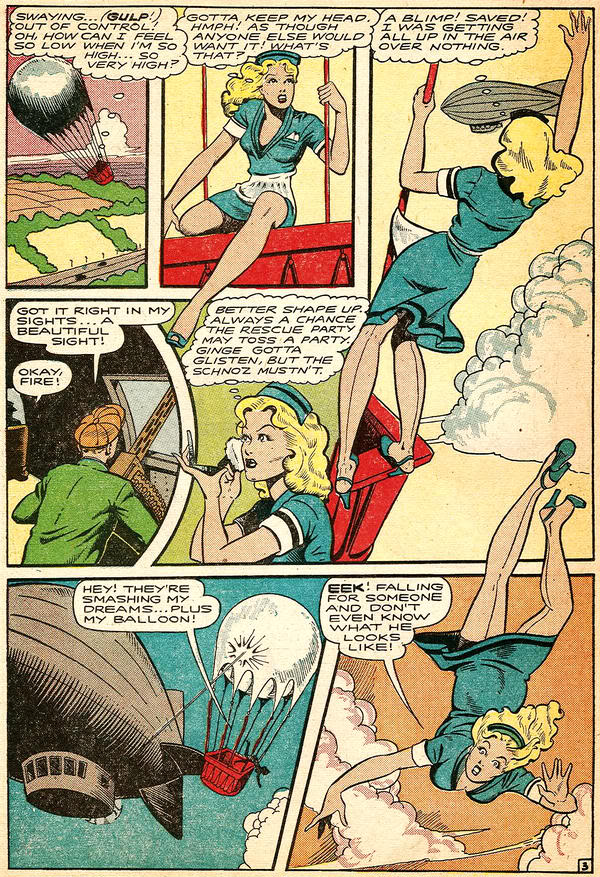 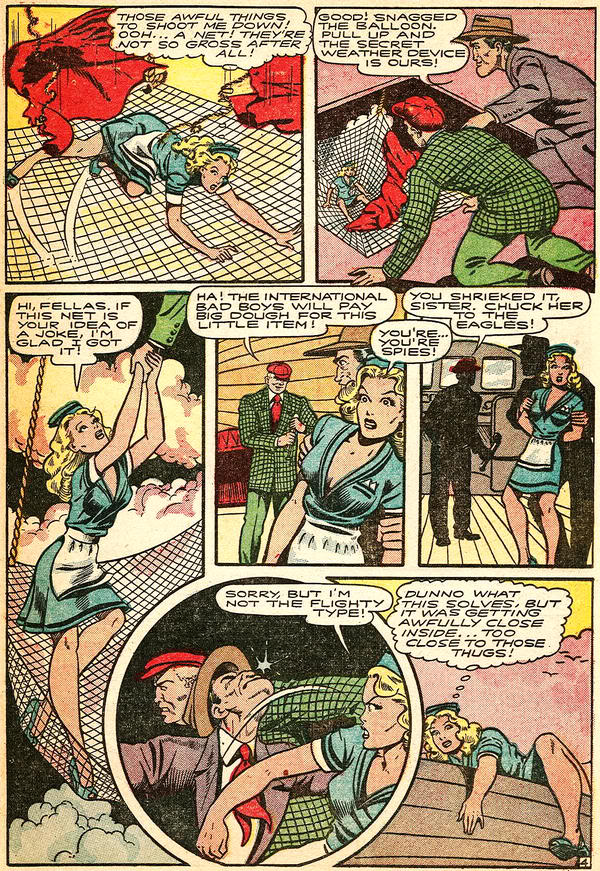 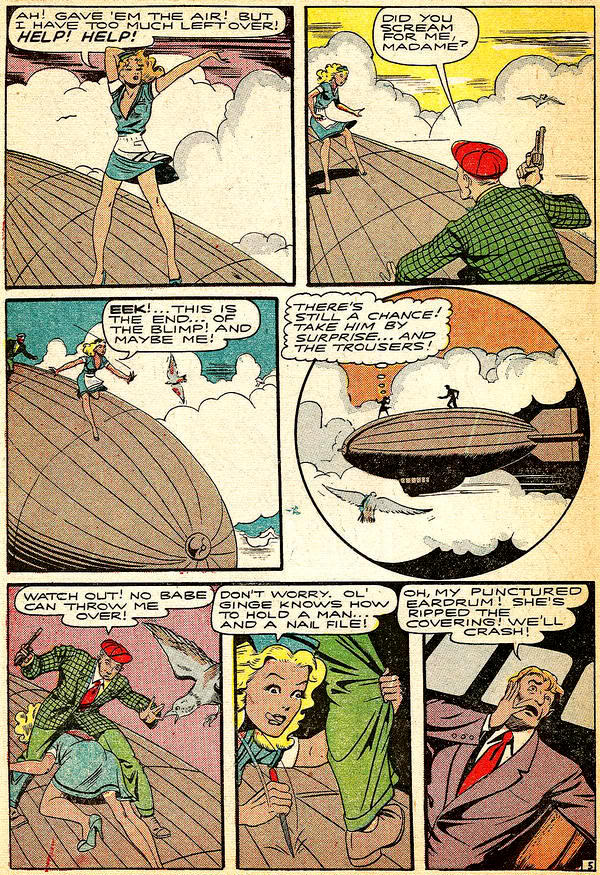 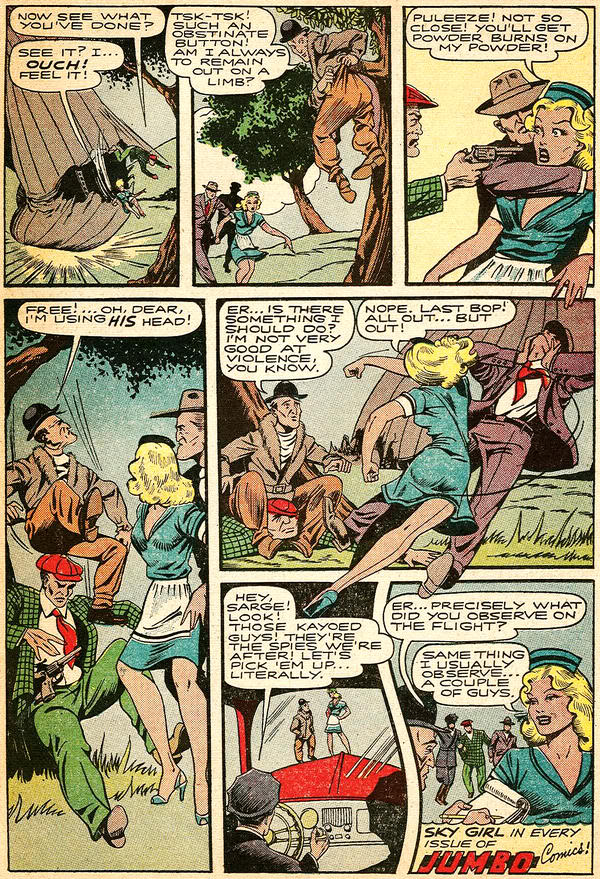 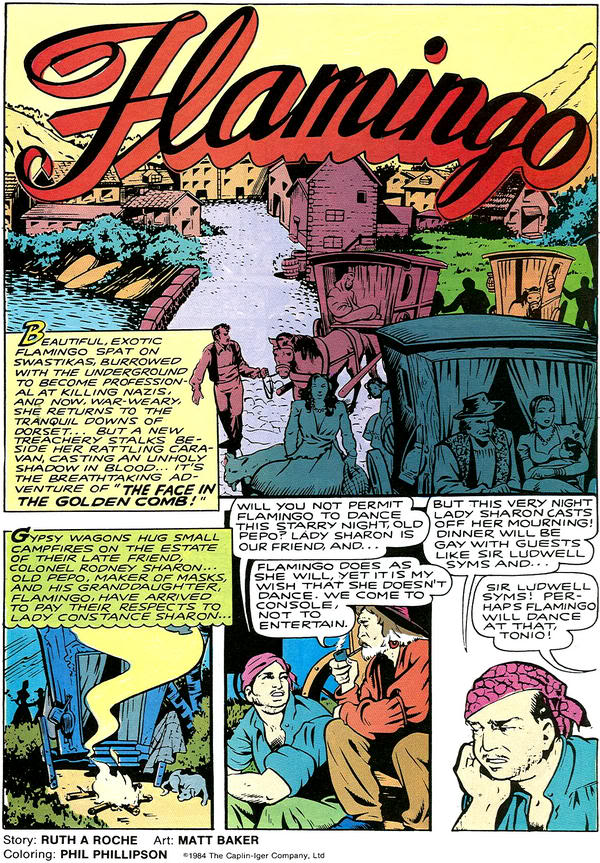 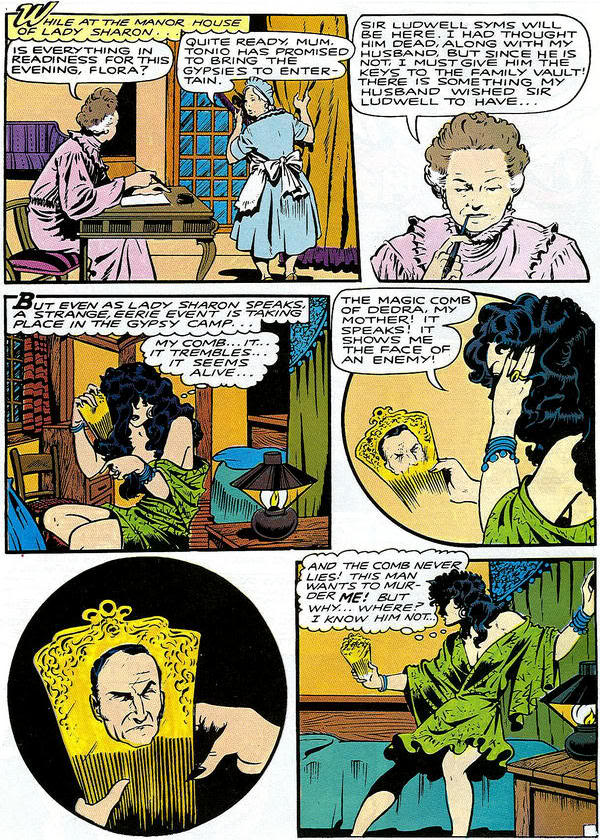 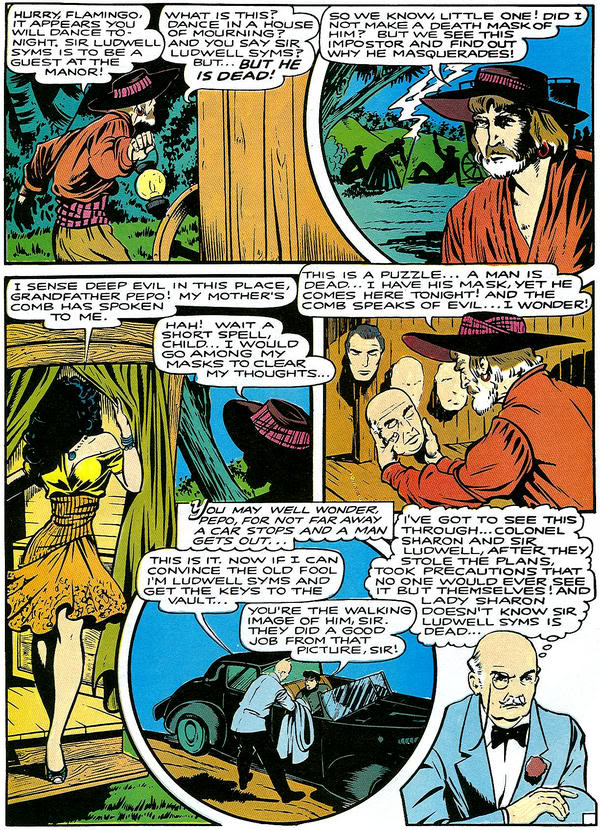 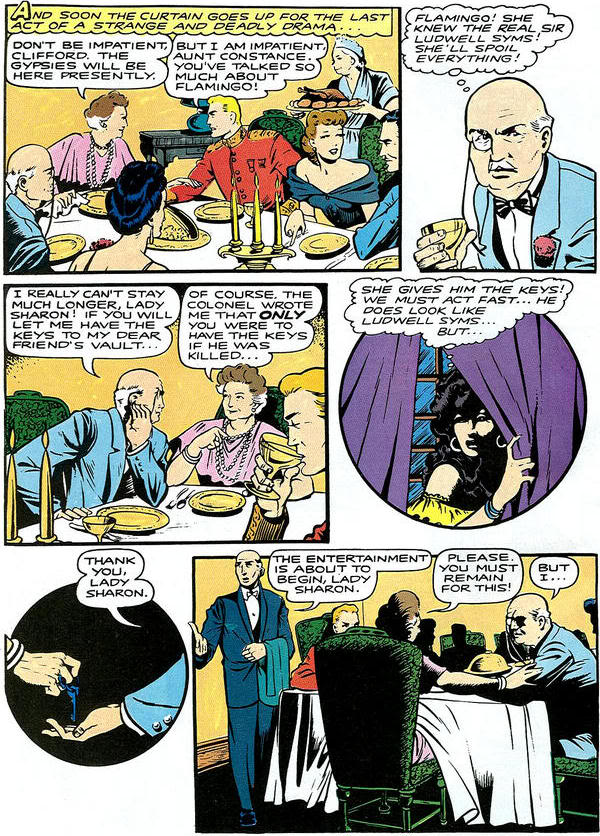 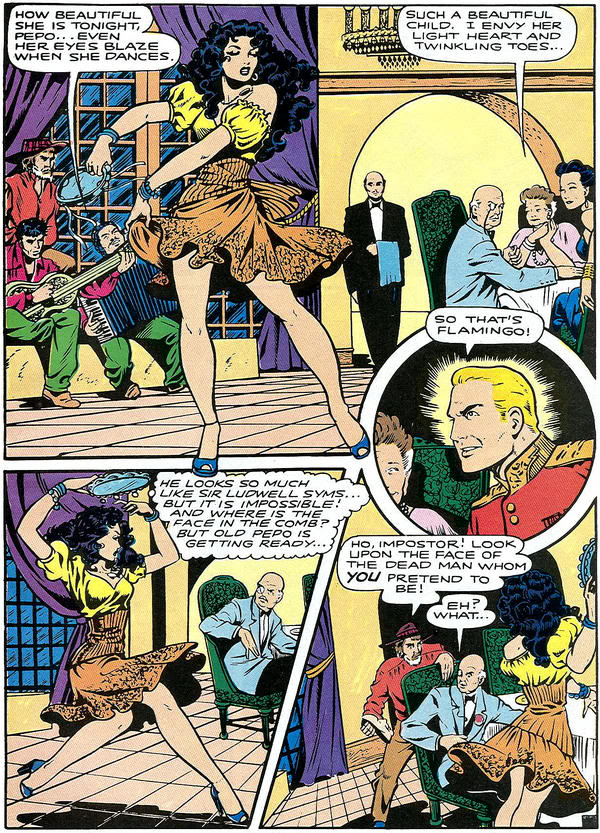 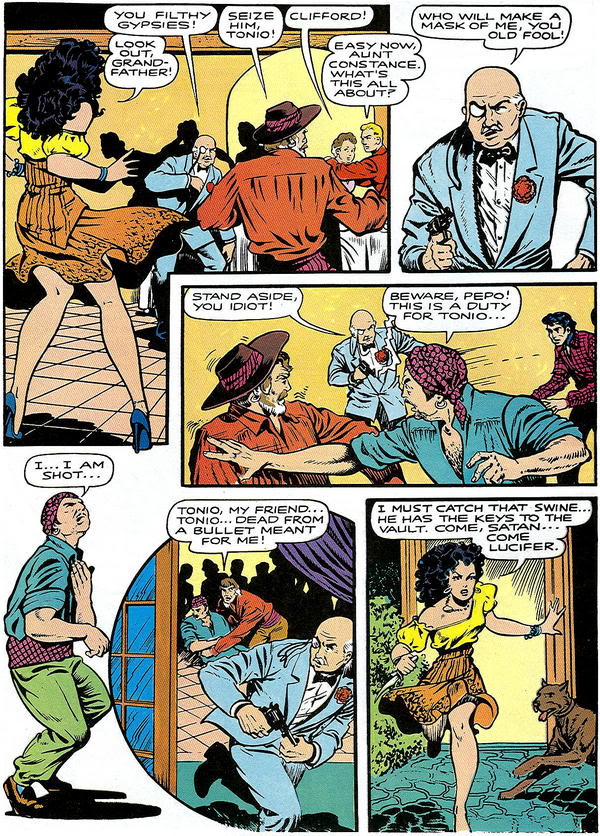 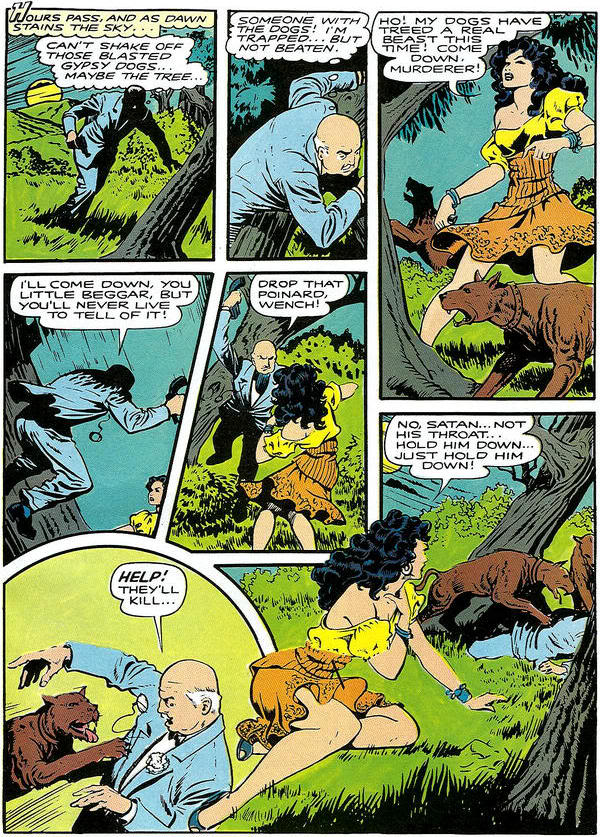 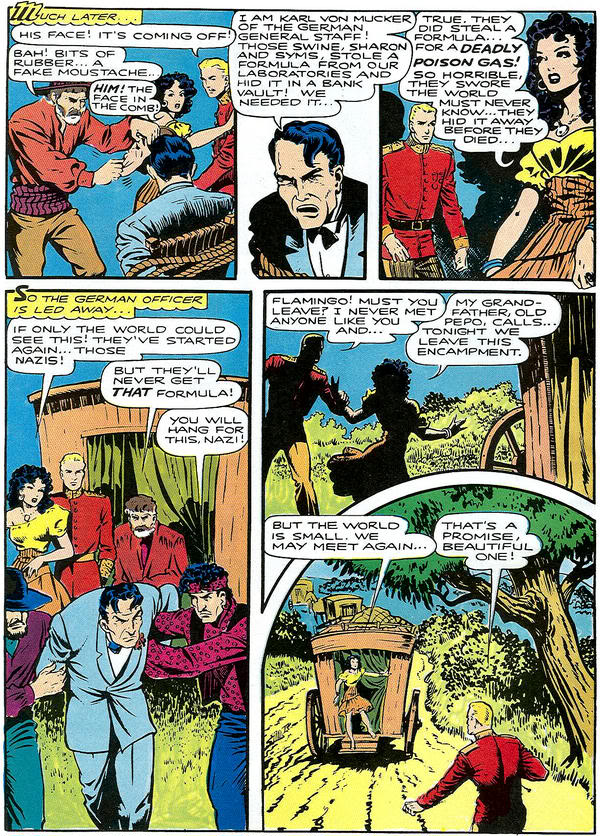 Thanks. Why not scan the rest of this ish of Jumbo, since you've already done so much of it?

Missing pages make the rest of the stories unreadable. Sorry! It's the curse of the crappy Pappy collection.

There's a danger to scanning high grade comics. Frank Young explains degrading the condition of a comic in order to show it online.

I like Bakers True Love Pictorial and Wartime Romances kind stuff, but this ain't bad either.