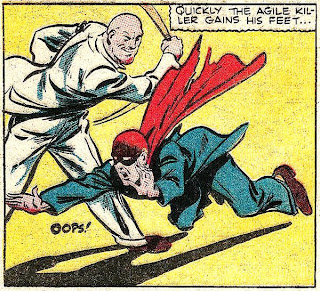 
London, a hero with a blue suit, bowtie, cowl and cape, was created by Jerry Robinson for Charles Biro and Bob Wood, because as I explained in last Sunday's Blackout posting, they wanted some of that Batman magic. Jerry Robinson, one of Kane's assistants, created London, just as another assistant, George Roussos, created the short-lived Blackout.

London went about his business for a short time. This story, drawn by Robinson, is from Daredevil #11 (1942) and is the last appearance of London. He was a non-super, costumed, war-time character. I'm sure by the end of the war, if not sooner, London would have gone back into the inkwell, or wherever it is that secondary comic book characters go when their services are no longer required. 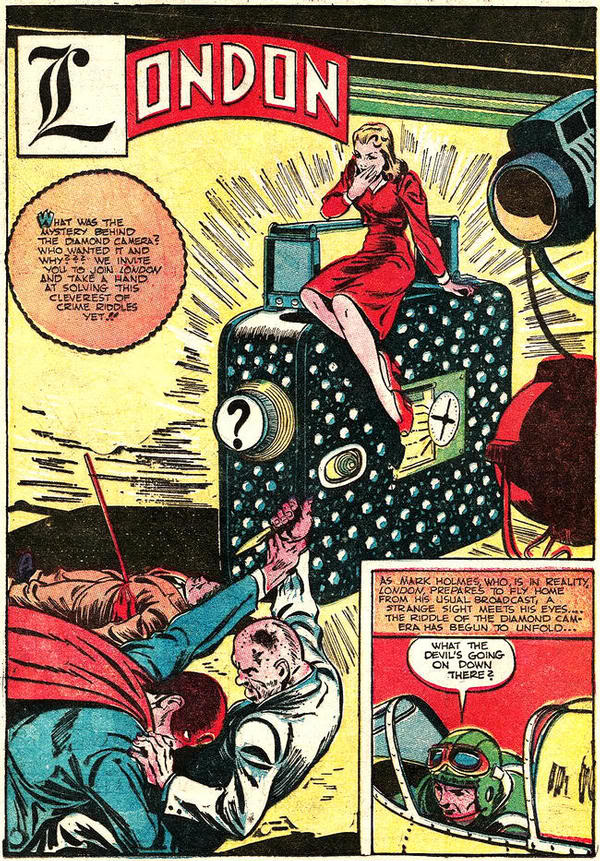 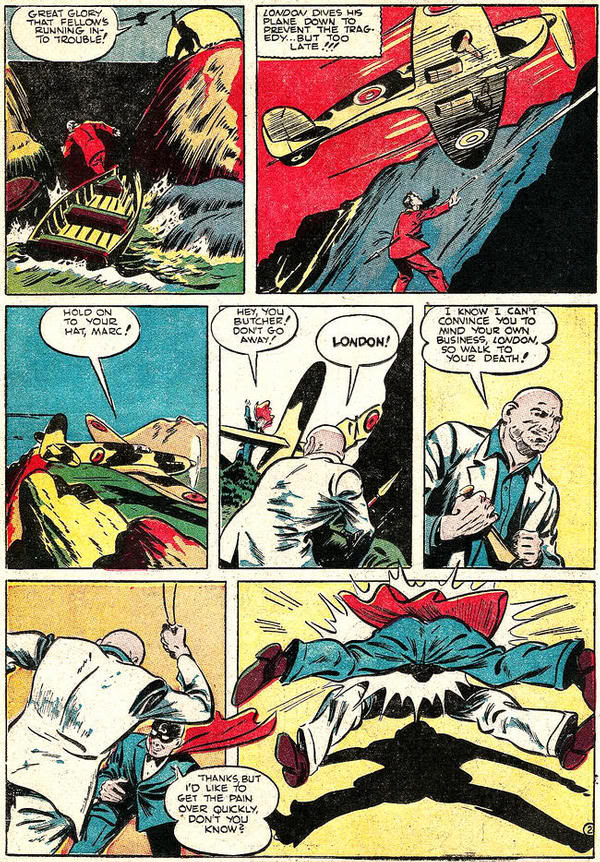 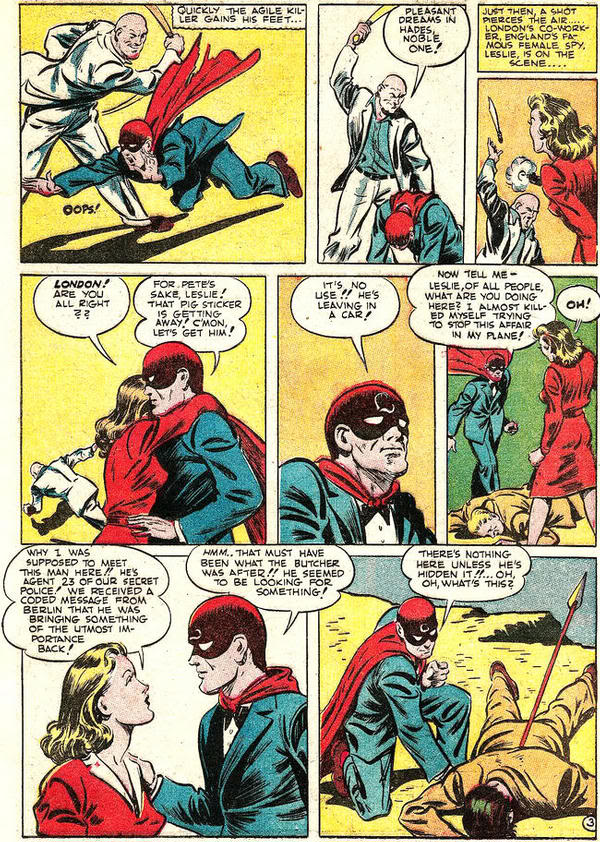 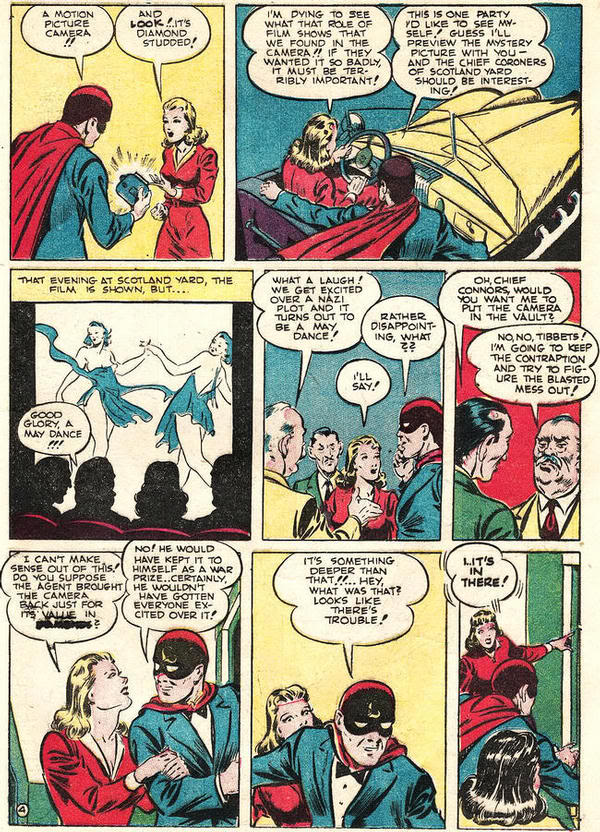 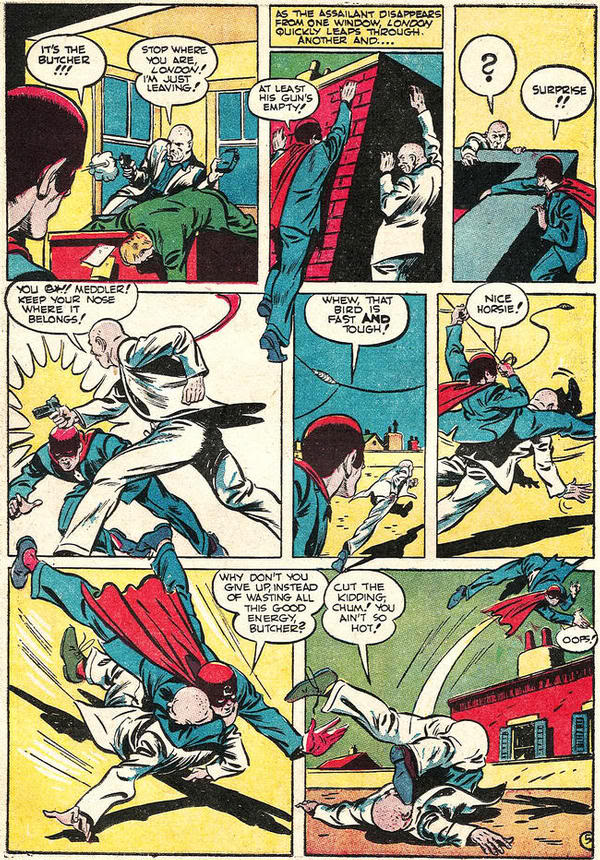 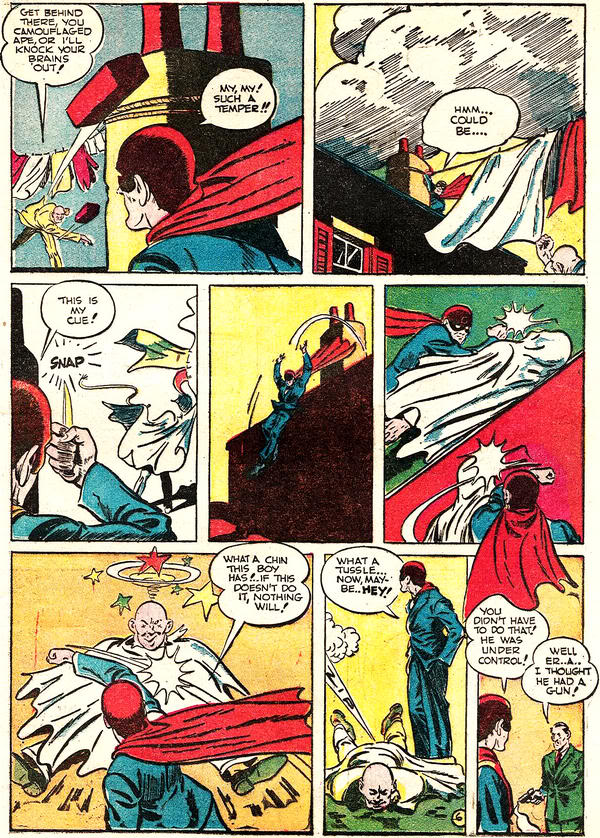 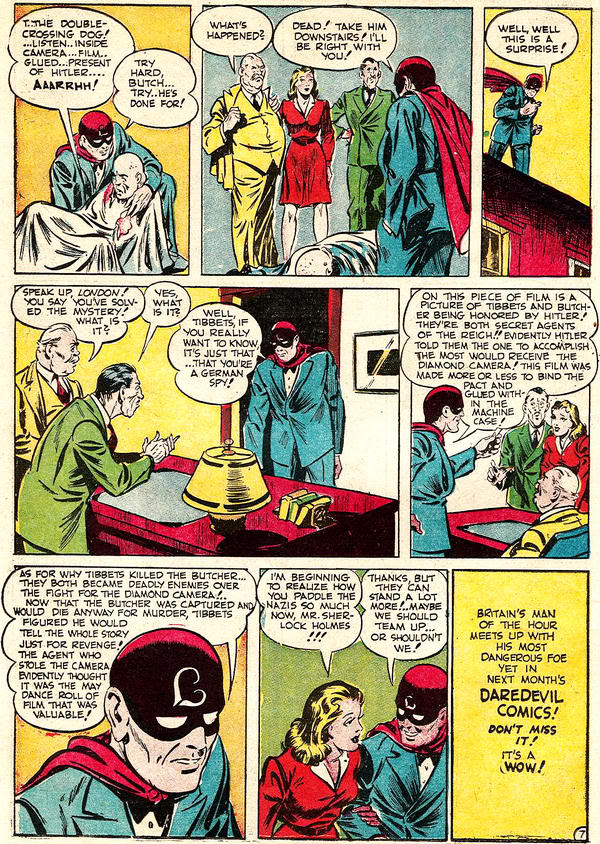 I liked this. Never heard of this guy before!

Darkmark, so I guess the pitch at the end for "his most dangerous foe yet" in the next month's issue was stillborn. This episode would be London's last appearance.

Now who could that famous spy be? Could it be Leslie Shane?