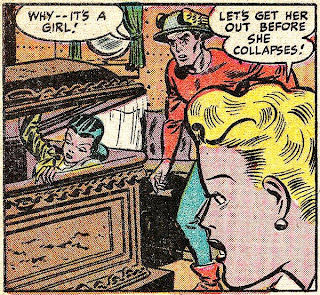 
I remember buying and reading Showcase #4, where The Flash was reintroduced after being canceled in 1949. But it wasn't until Flash #123, "The Flash of Two Worlds" story, which introduced Earth I and Earth II into the DC universe, that I finally saw the original Flash in action.

I have several Flash stories that came from my box of tear sheets, which I got about 30 years ago from a man who cut the stories out of the original comic books because he liked the artists. He liked Carmine Infantino, who penciled, and Bob Oksner, who inked. John Broome wrote the story, according to the Grand Comics Database. It appeared in Flash Comics #95, from 1948.

Finally, I've highlighted a portion of a panel, Dr. Wertham-style. I couldn't help but notice where the two babes' eyes are leveled when looking at the golden Flash. 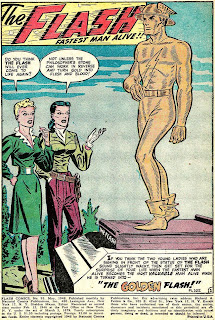 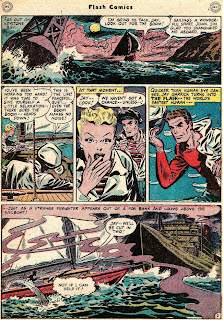 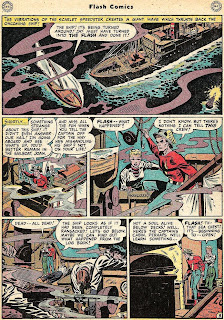 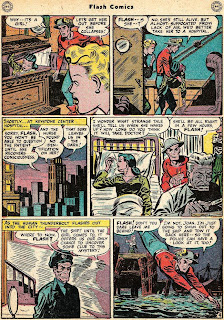 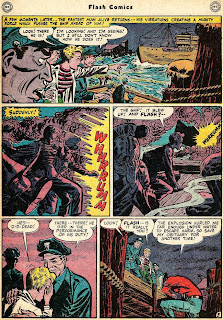 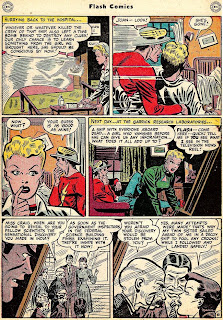 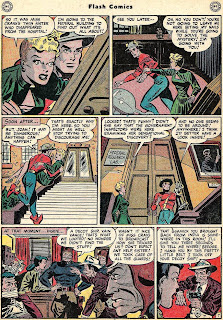 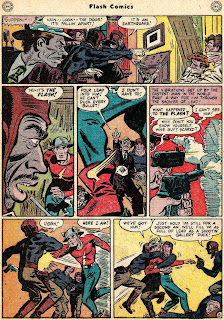 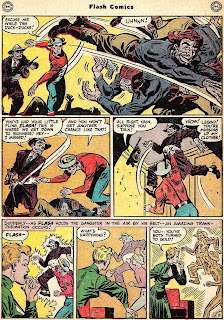 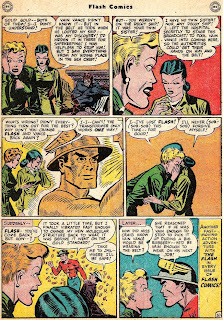 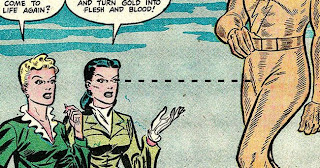 Thank you so much. I can't get enough of Golden Age DC. Any Wonder Woman by Harry Peters?

That's alright, I appreciate each and every one of your posts (ok especially the Walt Kellys). They're wonder enough for me.

Jay Garrick is probably my favorite Golden Age character, and I always enjoy a chance to read another of his stories. There's so little available apart from the odd reprint in a collection. This was a fun story, so thanks for posting it.