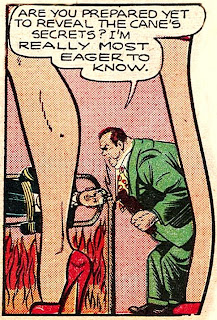 
Jack Kamen is an artist who started his career drawing strips for Fiction House, specializing in sexy girls. He drew ZX-5 for Jumbo Comics, among other features from his early career. He later moved to EC Comics, then into advertising.

ZX-5 is a former master spy who became a private detective after the war. Apparently it was no secret he was a spy because everyone still called him by his spy name.

Among the Glutton's many bad qualities, he has bad manners, eating while standing and talking. He also wears hideous green suits. He calls ZX-5 "ever the debonair," which is being truthful. ZX-5 is rather natty. It doesn't stop the Glutton from trying to roast ZX-5 over a fire, though.

You can tell the blonde girl is bad because she wears red. In comic books, girls in red were usually gun molls or cheap girls you might find standing under a street lamp enticing innocent men to their moral doom.

I believe it was in Seduction of the Innocent that I read of a depraved comic book reader who collected pictures of girls in red high-heeled shoes. Like there's something wrong with that...? 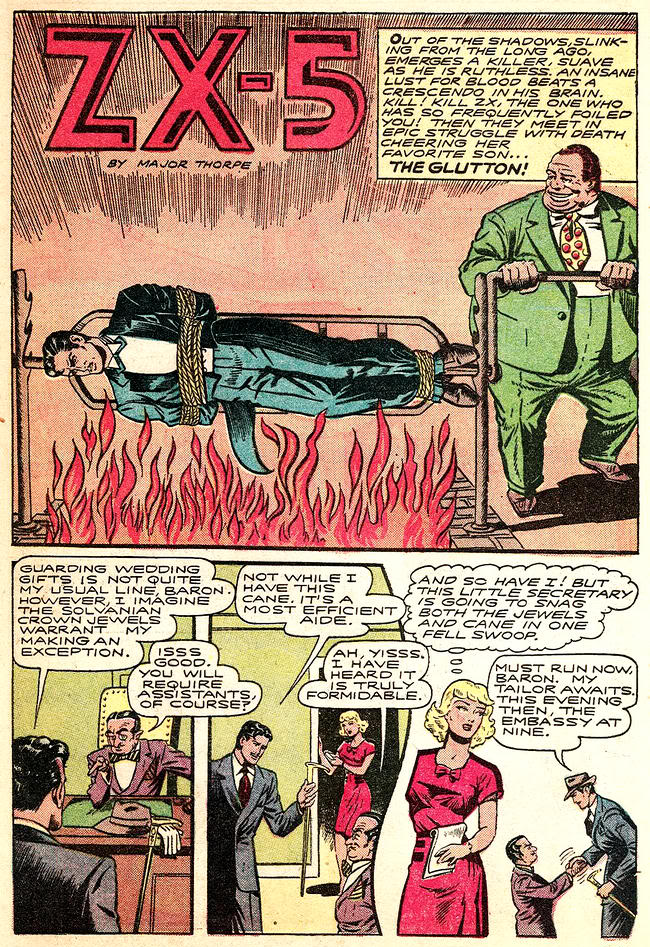 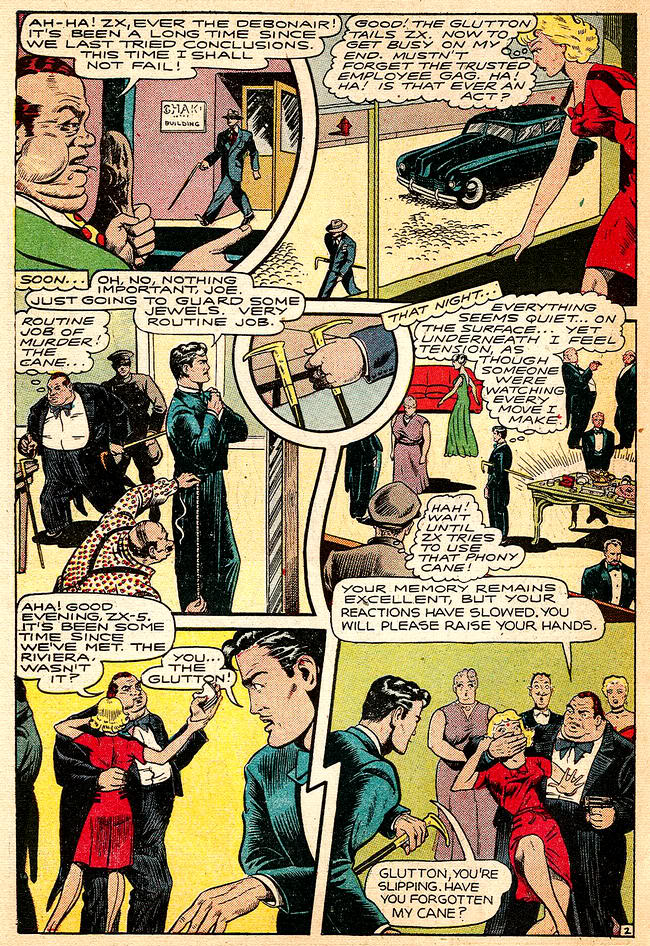 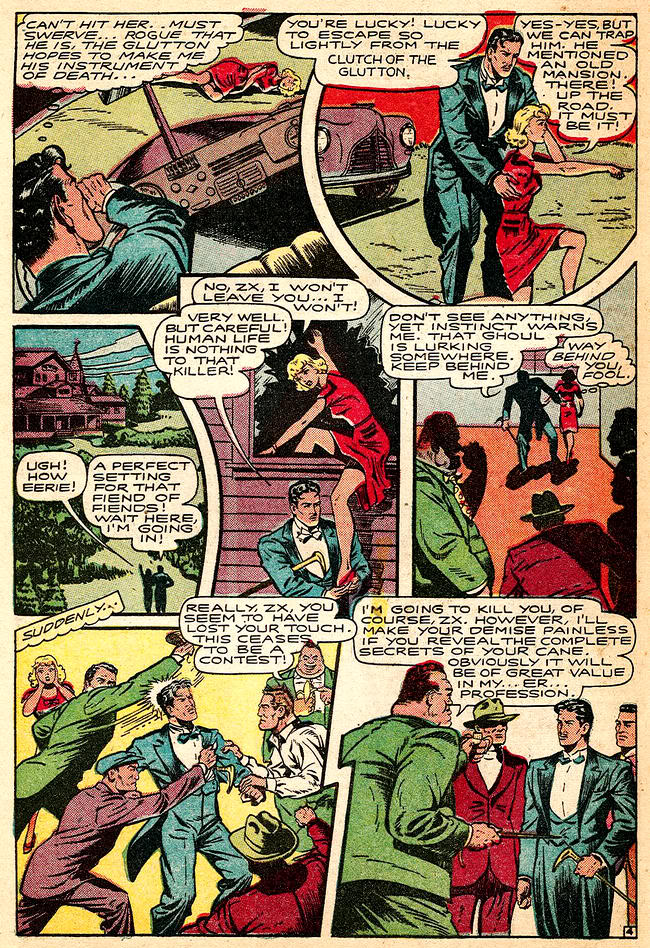 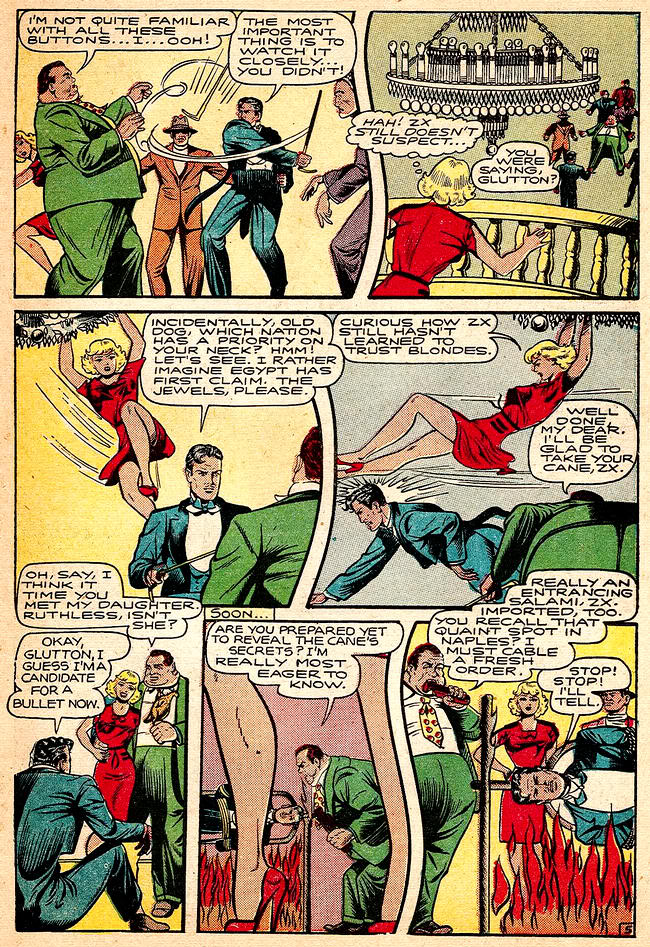 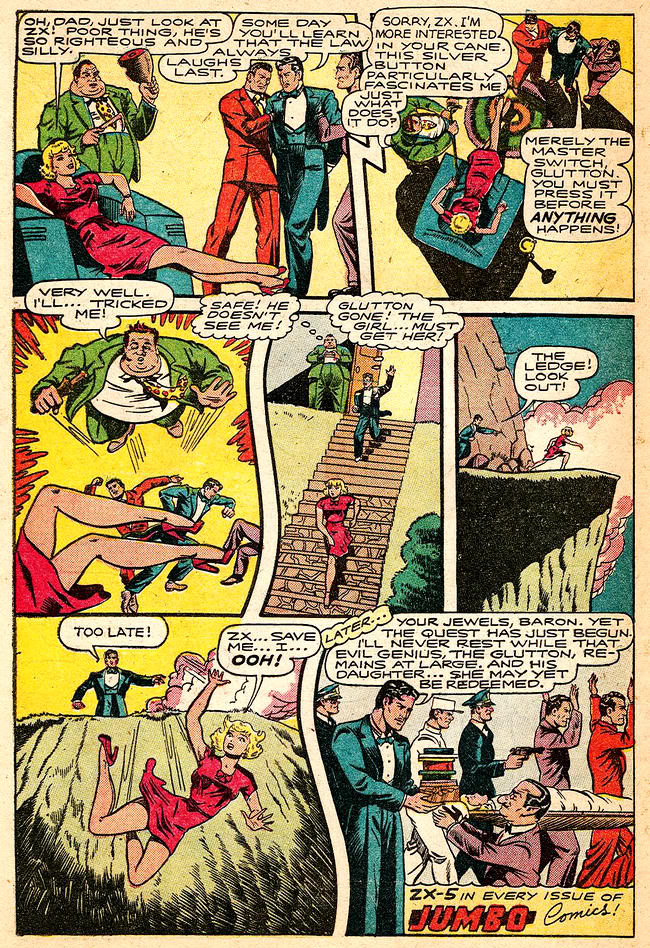 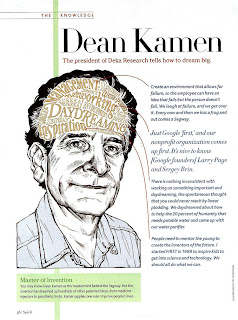 The October 2008 issue of Spirit Magazine (not the Will Eisner Spirit, sorry) had this page on Jack Kamen's famous son, Dean.

This ZX-5 story was alot of fun, Pappy. Too bad Mr. Kamen passed away this year.

You've given us many fine posts lately - so "thanks".

As always, Chuck, thanks for your support.

BAW! The Glutton obviously loves his daughter, pushing her out of the car like that. Center panel on page 4, lucky boy ZX-5 is sure getting an eyeful of Legs O'Plenty (and maybe more) in extreme close-up. Cool tale Pappy...

Why does the splash say "by Major Thorpe" though?

All Fiction House strips were published under "house names".

And I would bet that this one is more John Forte than Jack Kamen.