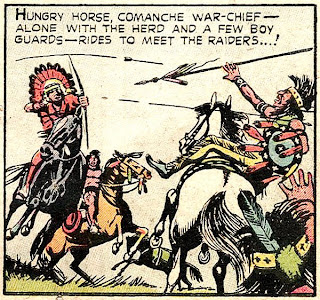 
Straight Arrow and the bloody bridge


Straight Arrow started in 1949 as a radio show sponsored by Nabisco. As the 1996 article I linked to explains, the comic book version, written by Gardner Fox and drawn by Fred Meagher for ME Comics, lasted five years longer than the show.

Like most people with only a rudimentary knowledge of the character I thought Straight Arrow was a white man disguised as an Indian until I read the article, which explains it was the other way around.

Fred Meagher had drawn Tom Mix in a series of comic book premiums for Ralston. He was a fine cartoonist, with a solid drawing style and a talent for Westerns. This story is from Straight Arrow #21, January 1953. Meagher, who was born in 1912, died in 1976. 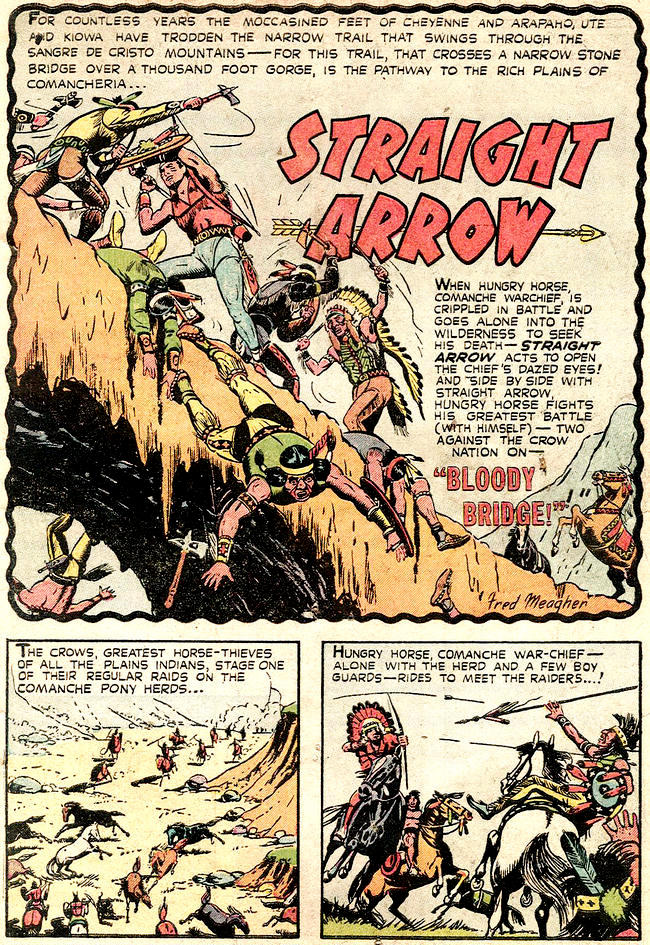 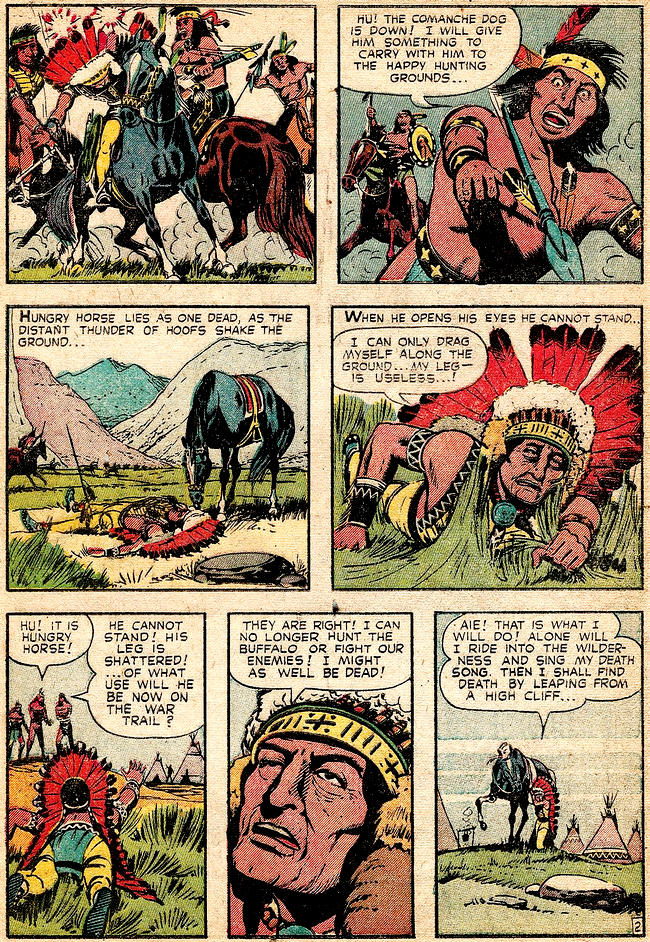 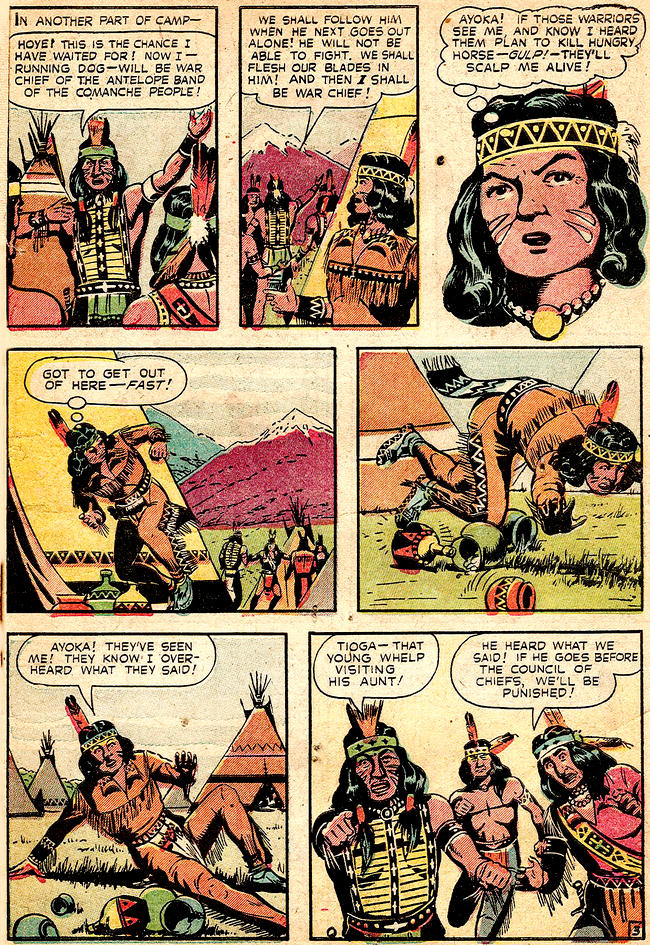 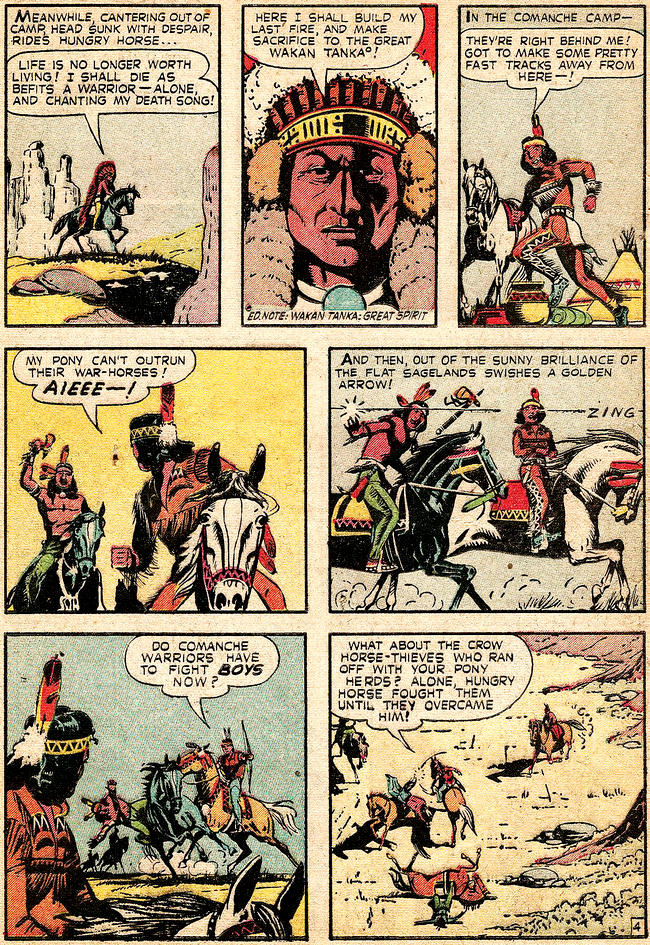 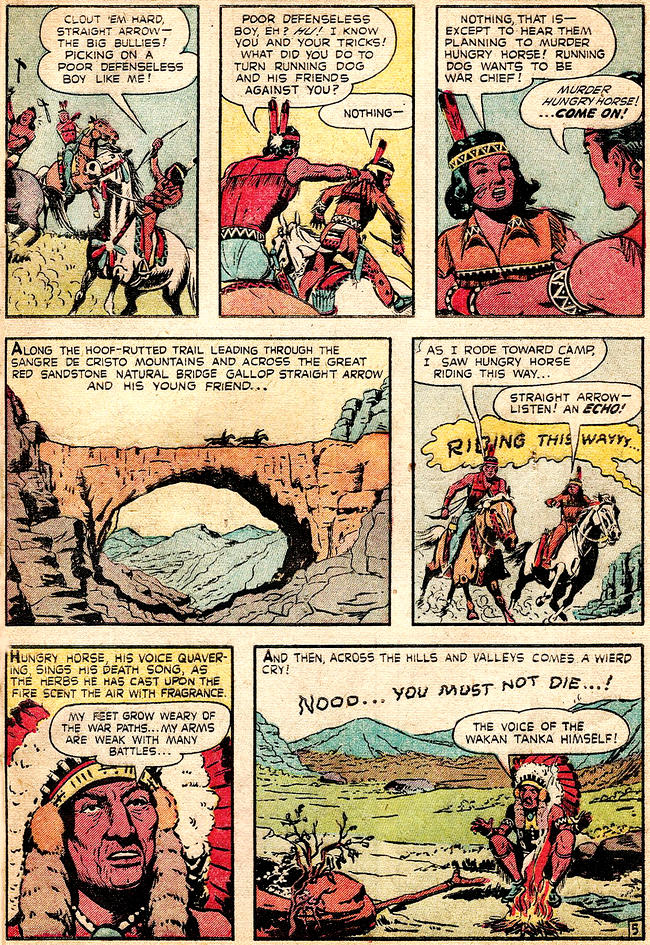 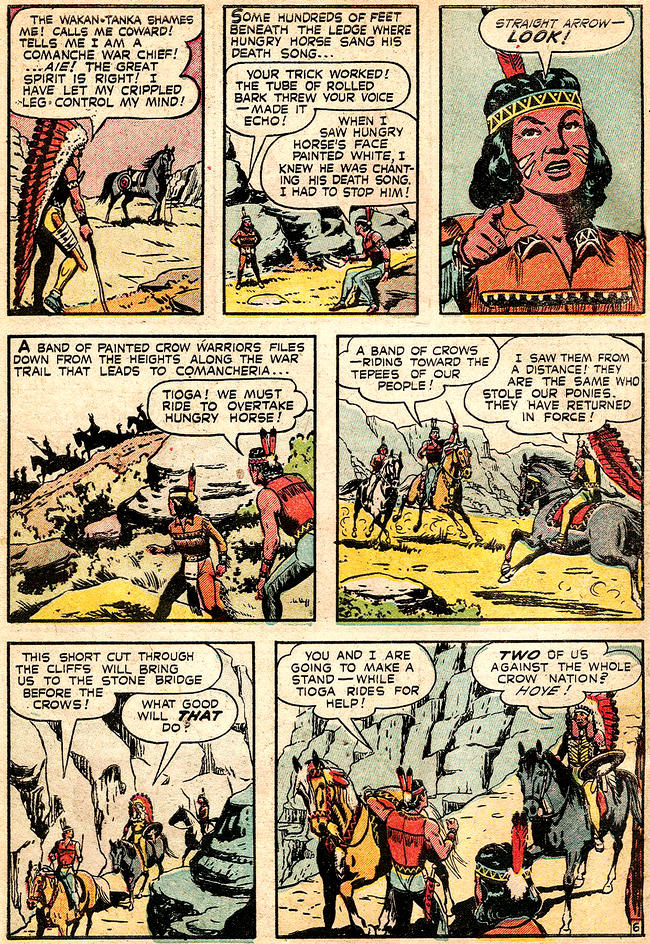 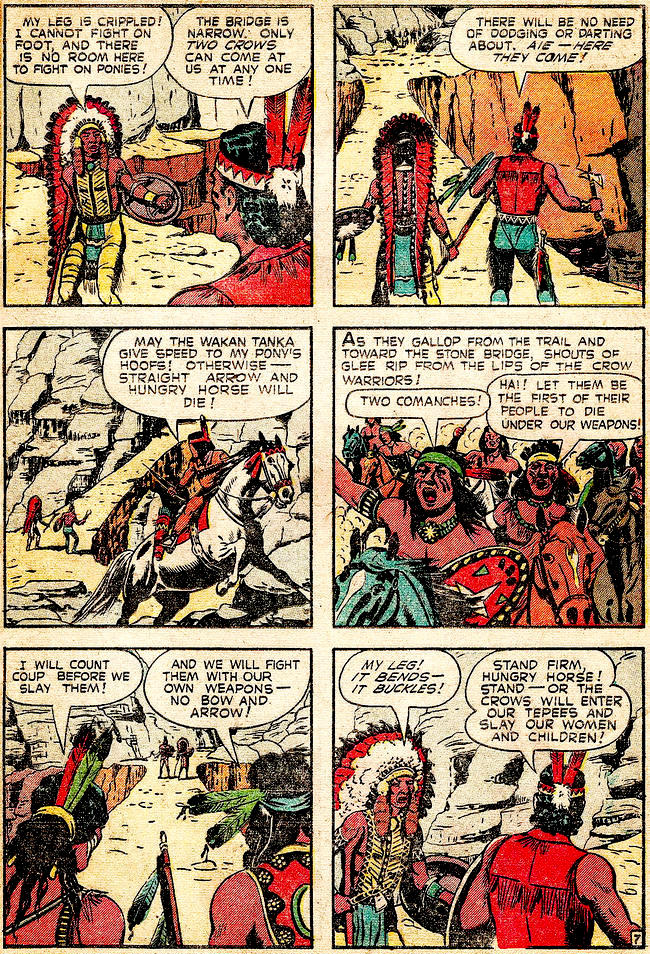 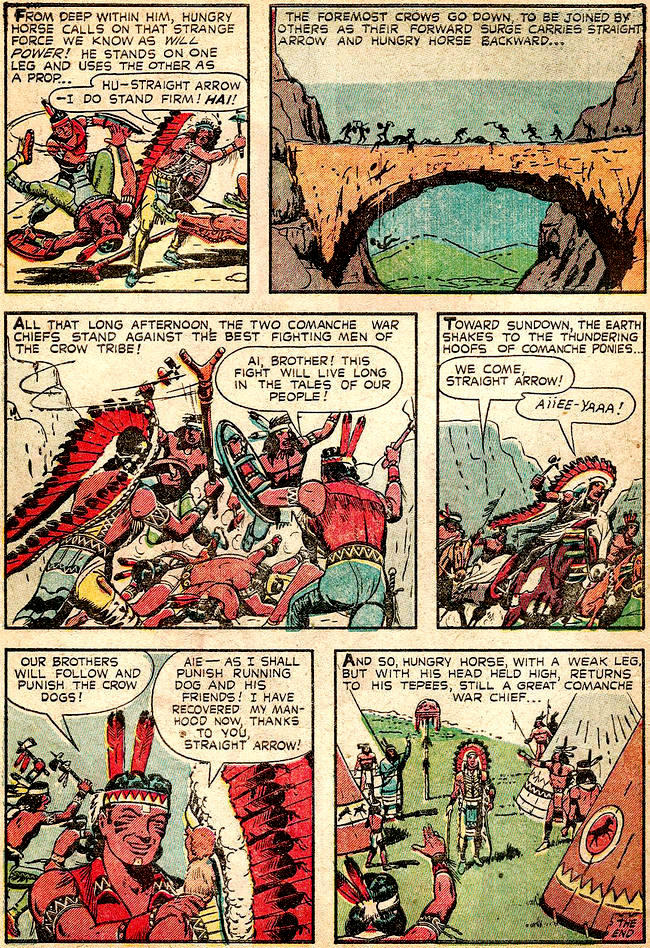 Great one Pappy! I listened to Straight Arrow back in 1949. I read the comics had several of the premiums offered by Nabisco. Now at age 65 I finally have all 55 issues, two pages of Meagher original art and all of the "Injun-uities" cards that seperated those big bails of Nabisco shredded wheat. Your fav Bob Powell did the Red Hawk strip in every issue except #1...some Powell's best humor/serious stuff here. A few years ago ALTER EGO did a great feature on Fred Meagher where it told me that I had been saying his name wrong.

Thanks for the background, Mike. As I recall from that Alter Ego article Meagher's name was pronounced "Mar." Is that what you remember?

I remember all these frames -- I was 5 yrs old and bought the whole series, but mother gave them away to a charity when I went to college.
Thanks for posting this classic.

I never heard the radio show. But Straight Arrow was my hero and formed my character... for what it is worth.

I don't know if you can see new comments on old posts like this, but I just wanted you to know that my 7 year old son and I loved both of the STRAIGHT ARROW posts!

We have some of the radio shows and one old comic and we think Straight Arrow is the man!! :)

Also, Just so you know... the article you've linked says there are only 6 shows extant, but there are now companys that purport to have as many as 11! Maybe some have surfaced since the article was written? In any case, I intend to buy one of these MP3 sets soon to see if it is so...

I was a Straight Arrow radio Fan from the first one in 1948! I was 8 years old then in Exeter,California!My dad was on the tight side, so I did not have the money to send for all my favorite shows, such as: Tom mix, Bobby Benson, Sky King,Roy rogers,Sergeant Preston and of course,Straight Arrow radio Premiums!But,I had all the super Hero Comic books and others from 1947 to around 1950!My dad got a job driving the city garbage truck untill he became a Fireman in the 1950's!He would bring home large stacks of Mint comic books every week, because the stores all had extra comic books they did not sell! In those days they just tossed them in the garbage cans and sometimes they would just save them for my dad!I made a lot of friends in my neighborhood trading "funny books" as we called them, then! The other kids traded me all their torn cover comic books for my nice mint comics! Boy, do I wish I had them all, now!