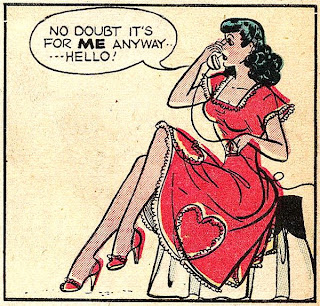 
Mrs. Pappy, despite living for nearly 40 years with me, a man who hoards moldering piles of old paper in the form of comic books, professes to have never read a comic book in her life. That's only right. That's providing balance in nature. I read 'em, she ignores 'em. However, when she glanced over to see me scanning these Katy Keene stories she said, "Oh wow! Déjà vu!" Apparently her life hadn't been entirely free of comic books. She goggled at the pin-ups, then went back to her What Not To Wear TV show, back to ignoring what I was doing.

Katy had a strong appeal for young girls, but also attracted a readership of some (wink-wink, nudge-nudge) boys. These stories are from Wilbur #36, from 1951, and Katy Keene #62, 1961. You can see the difference in the inking styles over the 10-year span, but the story styles remain the same. Real simple stuff with pictures of fashions. Writer-artist Bill Woggon made a living off this for years.

In the 1980s there was a brief revival of Katy. I still didn't see the appeal —well, I am struck by the leg show panel above with the high heels — but I'm not the reader they were going after. What helped make Katy Keene a success was that the feature invited reader participation. Looking for your fashions and your name in a Katy Keene story was strong incentive for a reader to keep coming back. I think it also helped that for its (mostly) pre-pubescent fan base of young girls, considering the stories were full of girls and guys dressed up in the latest styles, it was also sexless. Katy's boyfriends seem like manikins; safe for those young readers. I assume a lot of Katy's fans were more like the homely little sister, who aspired to be like Katy. 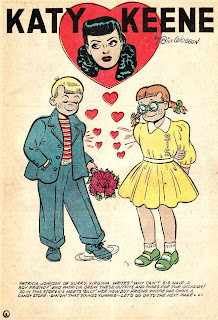 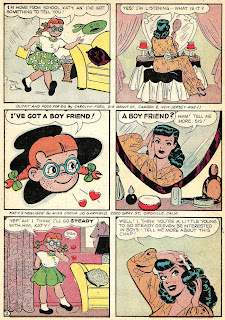 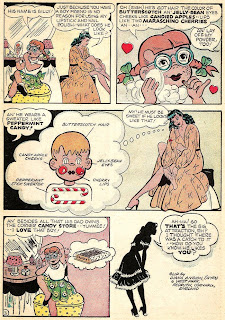 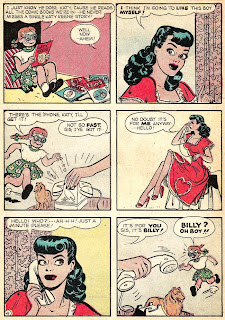 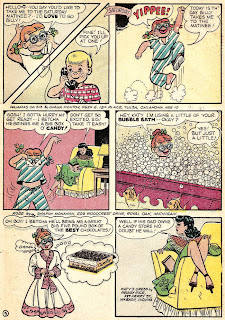 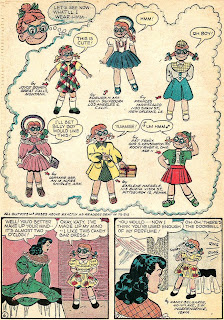 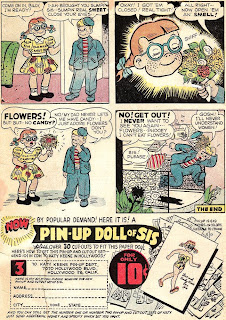 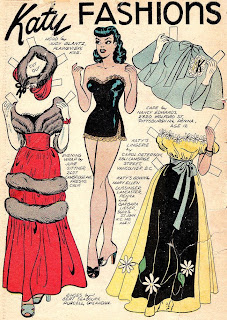 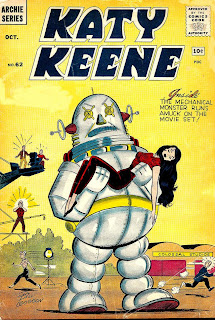 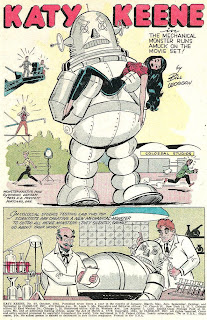 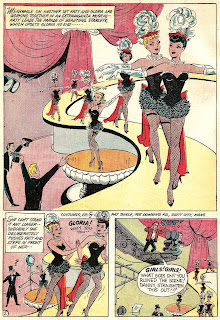 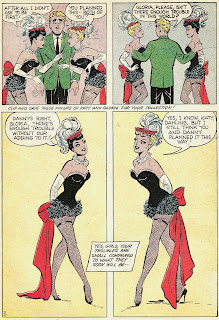 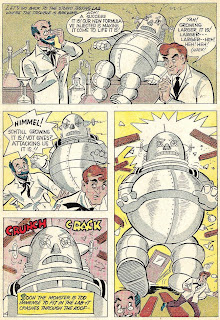 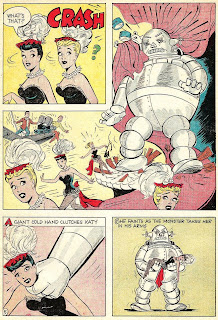 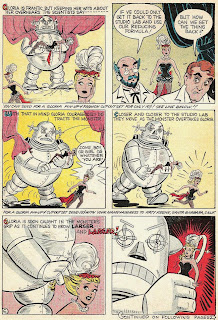 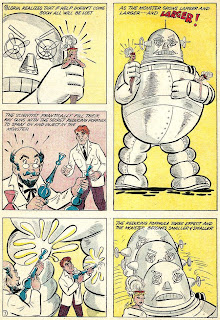 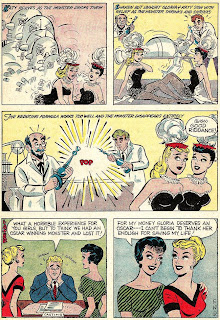