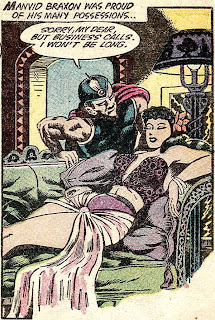 This story is scanned from Man O'Mars #1, an IW reprint comic book from 1958, reprinting a one-shot Fiction House comic book from 1953, also named Man O'Mars. It in turn was comprised mostly of reprints from 1940s Planet Comics. It's where I lost the trail on this story.

I showed you another Star Pirate strip here. The earlier story, from 1946, was signed by Murphy Anderson. This one isn't signed, and the art is a bit more polished, so it could be Murphy later on, after he'd worked more at this craft.

What I like about this story is its look at the future based on its present. It's grounded in its 1940s origins. The devices seem exotic, but also contemporary. There was a mythology that grew up during and after World War II about "the world of the future," which looked a lot like the 1940s, but with science-fiction looking labor-saving devices, houses, and personal transportation. That mythology of the future didn't include the mythology of centaurs, though, which also appear in this story. 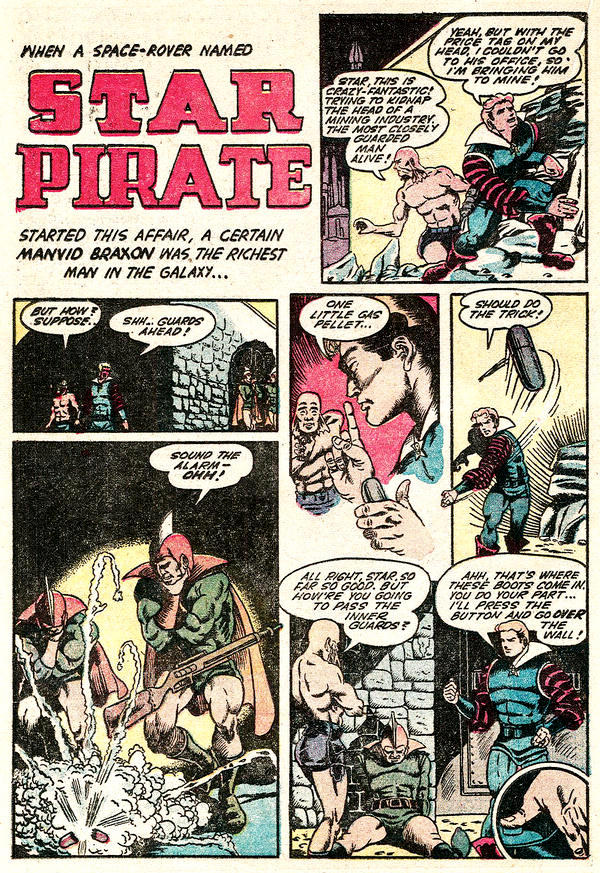 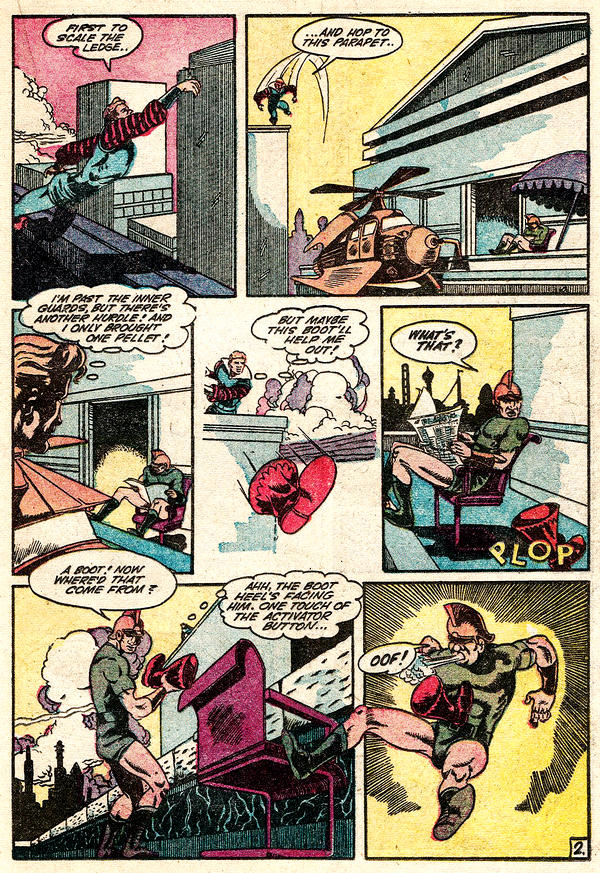 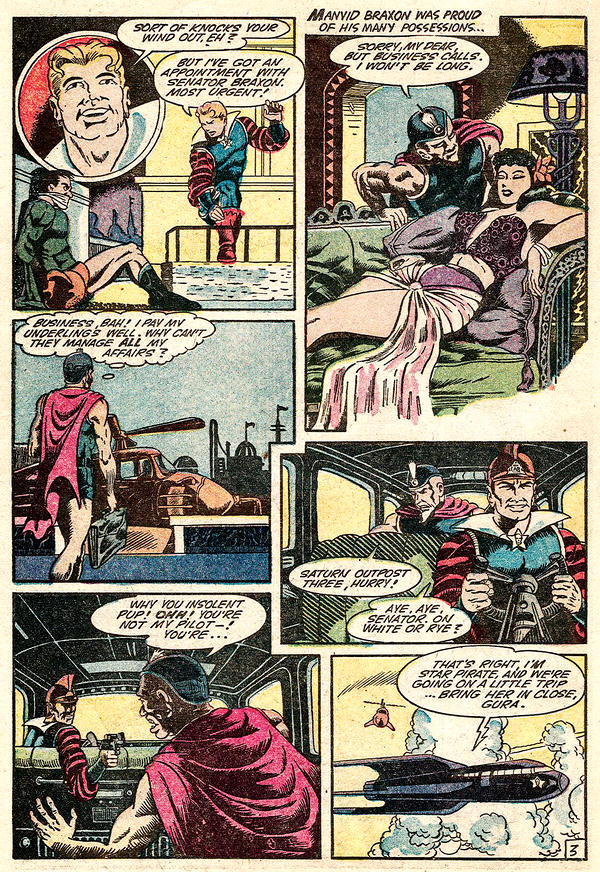 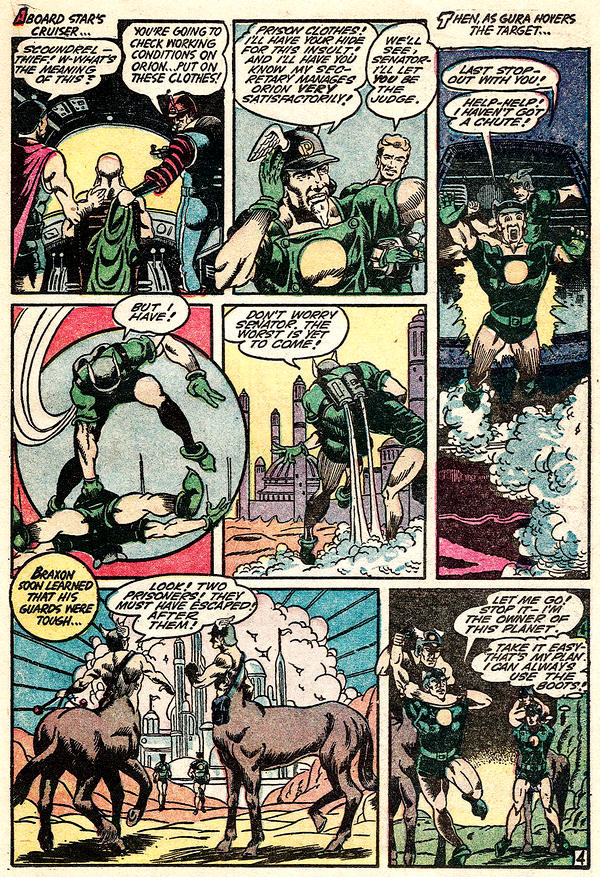 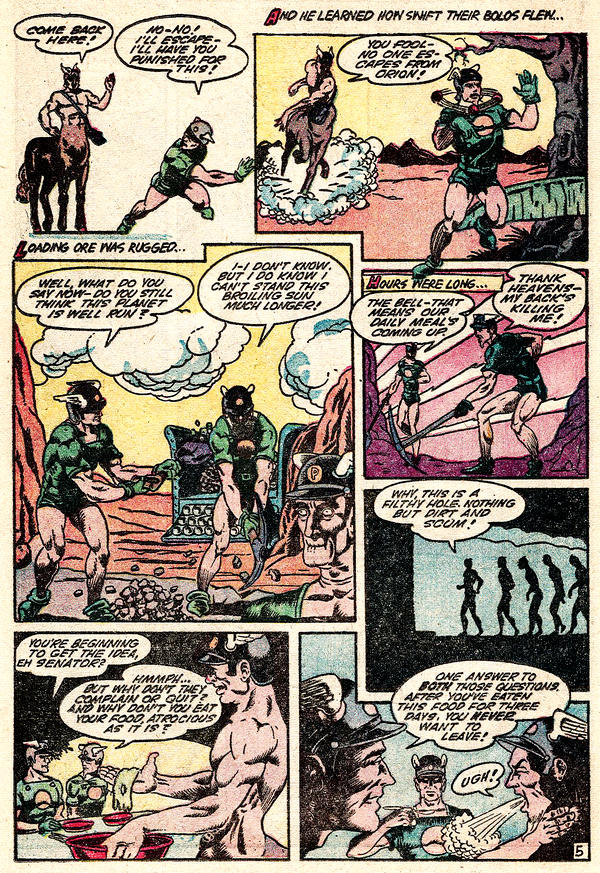 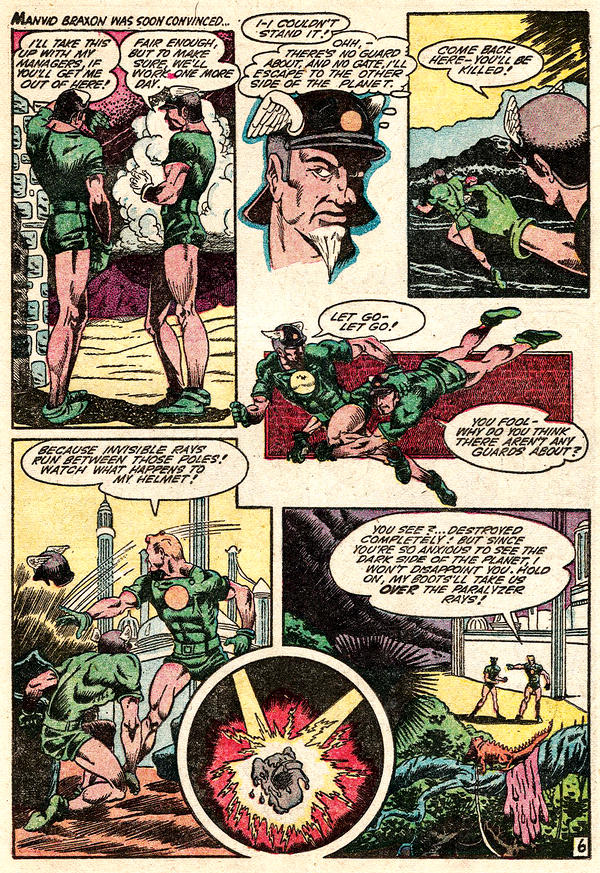 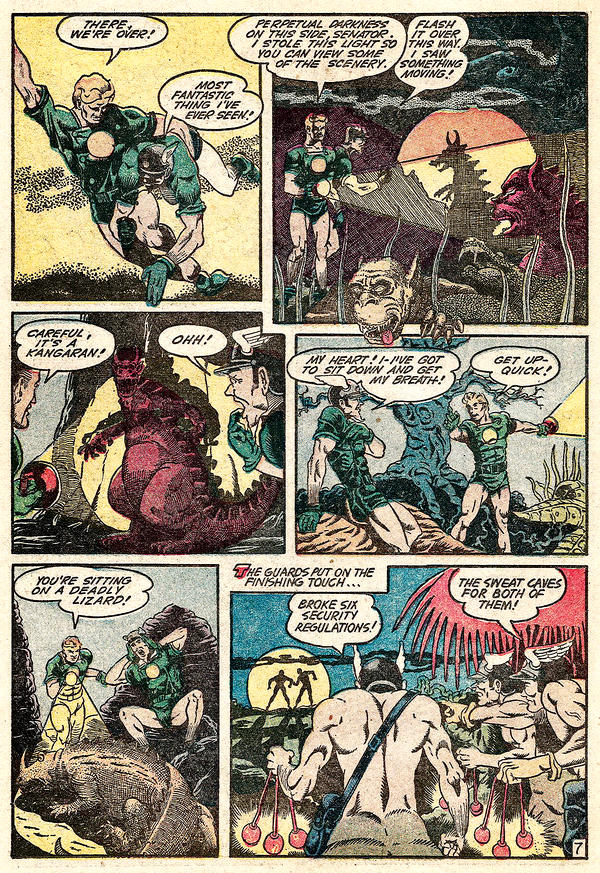 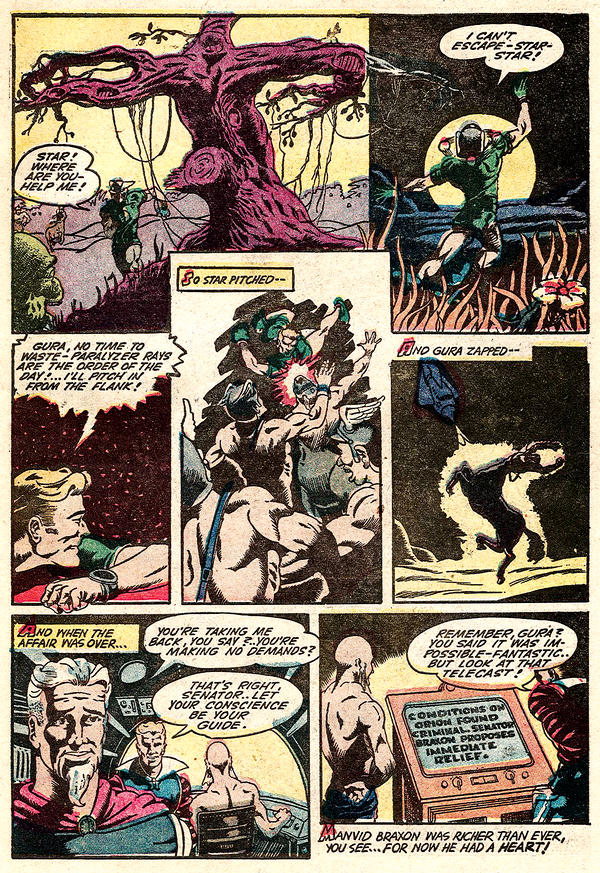