I did a double take when I saw this story in Santa Claus Funnies, Dell Four-Color #205 from 1948. It's signed by "Jupo," who is Frank Jupo, a children's book author. The stylized artwork takes a little getting used to, but it has its own kind of charm. Rectangular eyeballs notwithstanding, Jupo had a fun drawing style which depended on simplicity. He emulated Walt Kelly with hand-drawn panel borders.

And speaking of Kelly, the story reminds me of a story we presented on Christmas Eve, 2007, in Pappy's #238, "How Santa Got His Red Suit." 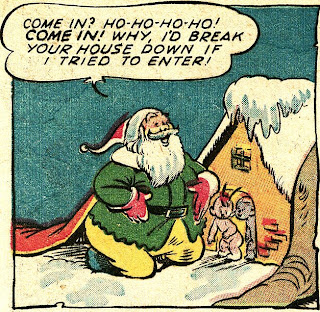 I don't know whether Jupo did his own lettering, but like the artwork, it gives the strip a different look. Whenever I see caps and lowercase lettering in comic books I ask myself, "Self, how did the trend for all-caps comic lettering become the norm?" I DON'T LIKE IT WHEN I SEE IT TYPED. But like the rest of us, I'm used to seeing it in comics. I imagine it began with early newspaper comic strips, because the lowercase letters might have dropped out from the more primitive printing. I'm reasonably sure that's why the bang (exclamation point!) was (over)used!

One more week and it's the big day. Hope you've got all your Christmas shopping done. Here at Pappy Central there is some work needed to do to get the shopping done, that's for sure. 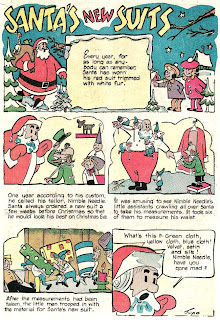 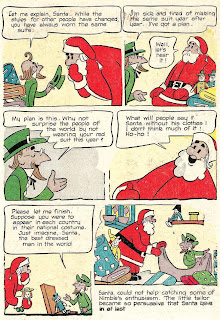 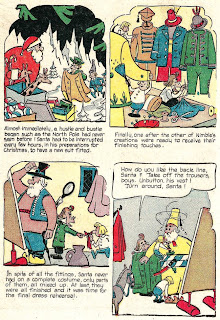 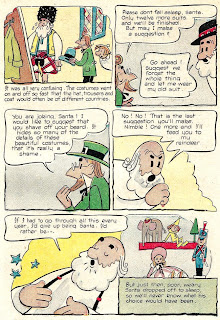 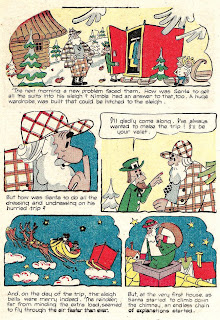 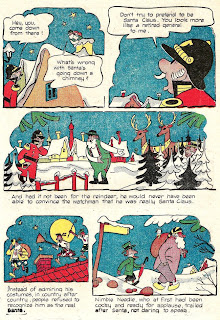 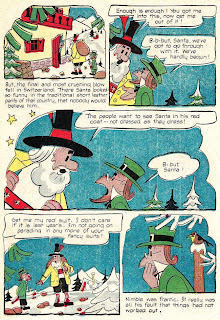 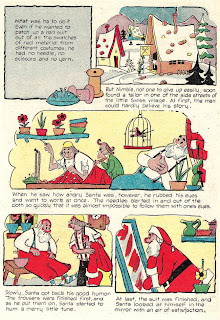 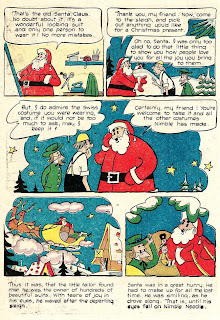 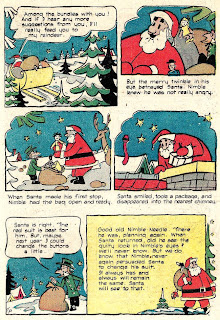 **********
Many thanks to artist Squa Tront, who sent this great Christmas card. I want to share it with Pappy's readers. 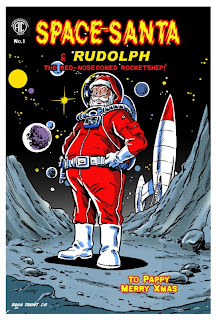 ***********
Finally, probably only John Stanley could have gotten away with a Santa story in the middle of summer, but here's a two-pager with Nancy, from Nancy and Sluggo Summer Camp, Dell Giant #34. 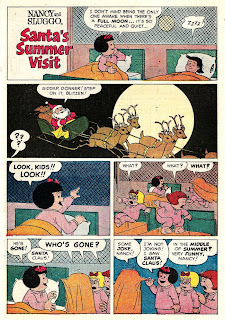 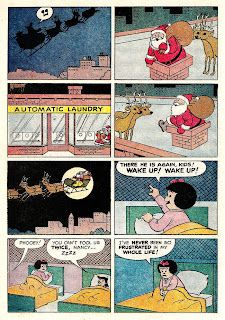