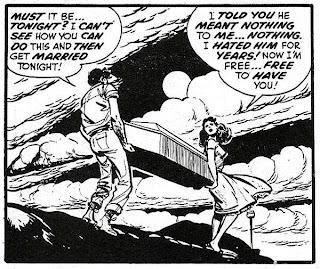 
For a brief time in the early 1990s the Harvey horror comics came back. Three issues of Silver Scream were published by Lorne-Harvey under the "Recollections" imprint, reprinting stories from the 1950s in black-and-white. Silver Scream #2 reprinted mostly from Black Cat Mystery #51. "The Old Mill Scream," drawn by Bob Powell, and "Come Back Bathsheba" are from that 1954 issue.

"Bathsheba," by Howard Nostrand, is a great example of Nostrand doing his Jack Davis-style work. The story is a satire on the 1952 movie, Come Back Little Sheba, which is in turn based on a stage play by William Inge. That's a caricature of Burt Lancaster as Doc.

I wish this series had gone more than three issues, but by the time they were published the black-and-white comics boom of the 1980s was bust, and most likely these comics didn't have the distribution they needed for survival. 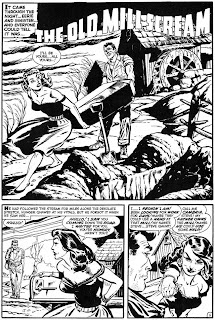 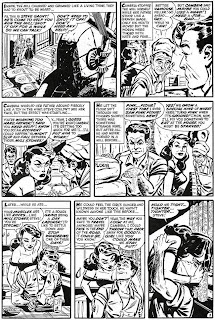 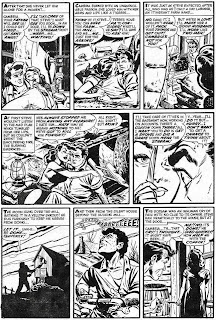 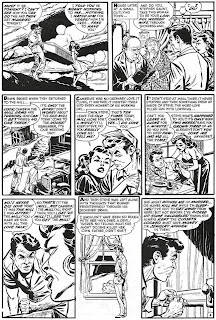 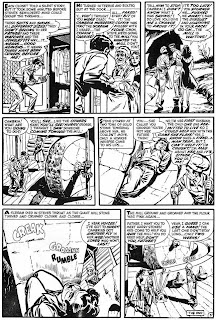 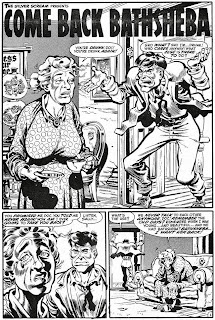 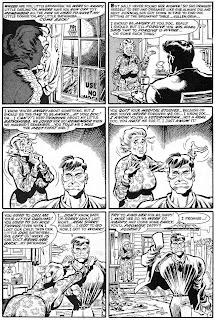 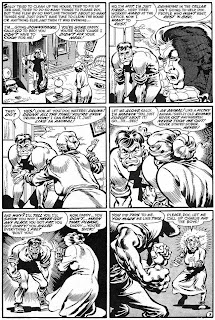 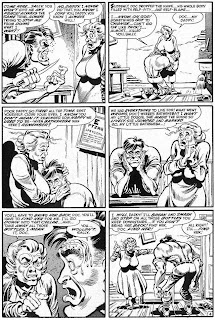 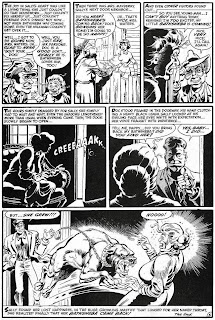 Sure love Nostrand's work in the style of Davis, and in beautiful black and white. The wife looks haggard enuff to be "Doc's" mother, and the old Oedipal slang "daddy", as she refers to 'im, really tilts the creepy relations even further.

Cool, I actually had Old Mill Scream lined up for later this month in color... if I still post it I'll be sure to link back here so people can compare the color and the black and white version. I actually prefer it without the color!

Karswell, I am really interested in seeing that color "Mill Scream," if only for the pink flour. It is pink, isn't it? Sometimes the colorists didn't do what they were supposed to do.

In real life, Rudy, Burt Lancaster was 15 years younger than Sheba co-star Shirley Booth, so the caricatures in this story may have been a reference to that.