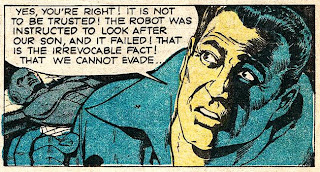 Oh, sorry...that ungodly croaking you hear is just me singing. The title of this story reminds me of an old song.

"I Am Robot" is from Strange Worlds #1, December 1958. It was the first comic published after the 1957 implosion of what was formerly Atlas Comics . Publisher Martin Goodman sold his Atlas distributing company, then made a deal with DC Comics for distribution of his comic books. It was a deal with conditions, like limiting how many comic books he could publish per month.

The story is drawn, according to the Grand Comics Database, by Bob Powell and Joe Sinnott. It was a nice pairing of styles, and I wish there were more stories from this team. If there are I'm not aware of them. Oddly, the usually knowledgeable Atlas Tales web site gives no credits for the artwork.

It has a typical Stan Lee plot device, something he used a lot. Aliens invade earth, and the first thing they encounter gives them some sort of resistance. They assume the whole earth is like that so they leave. They traveled unknown hundreds or thousands of light years, have technology far in advance of ours, yet when their first attempt doesn't work they are too stupid to try something else. Uh-huh. We buy that. 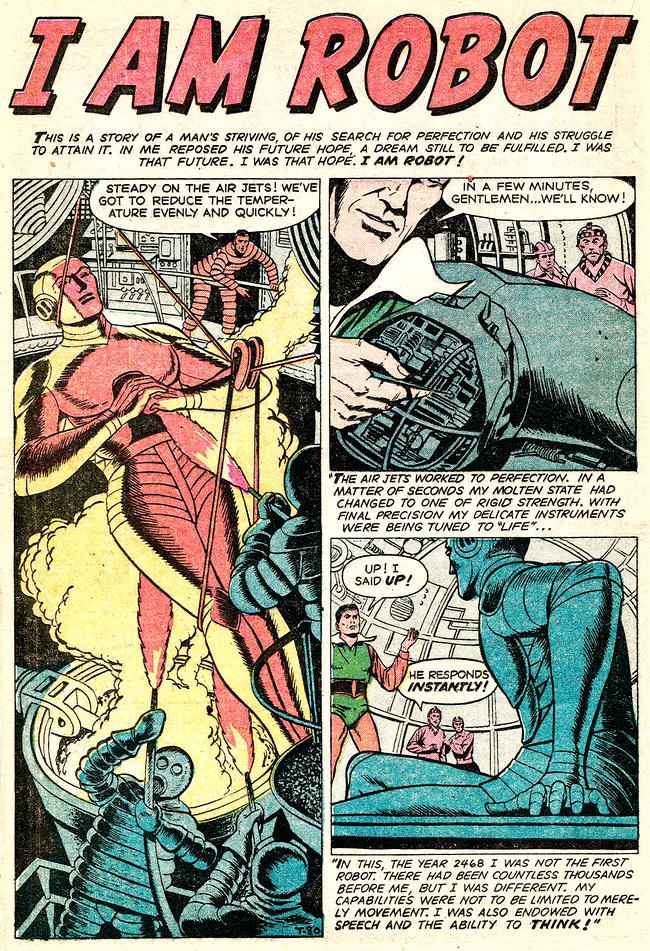 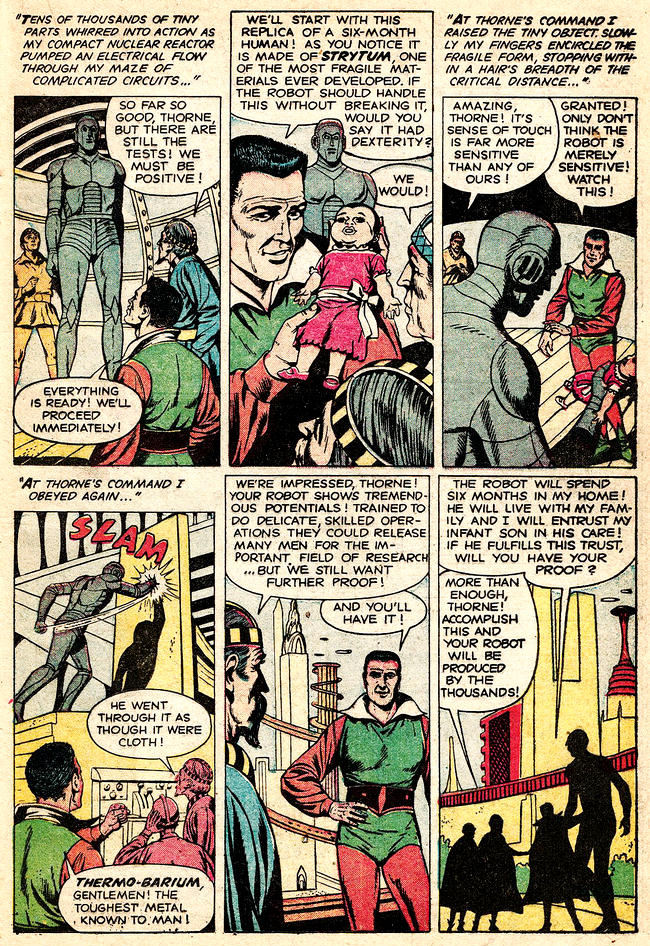 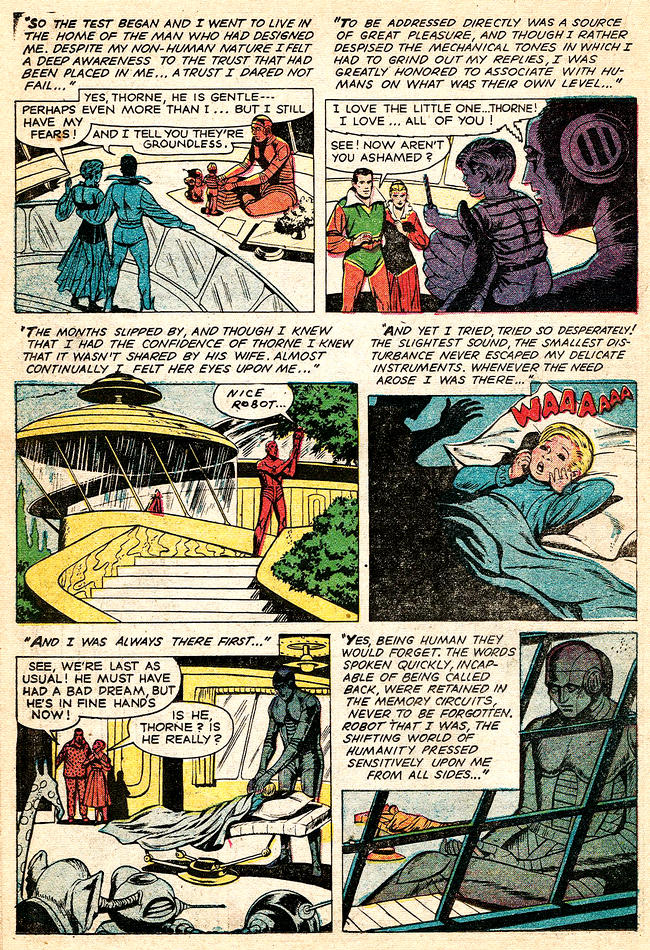 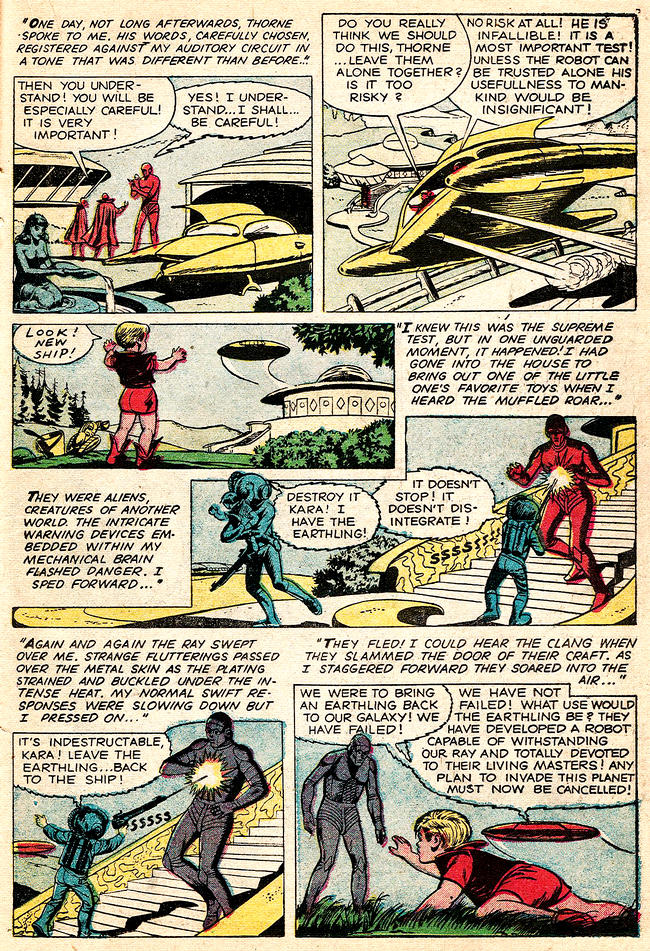 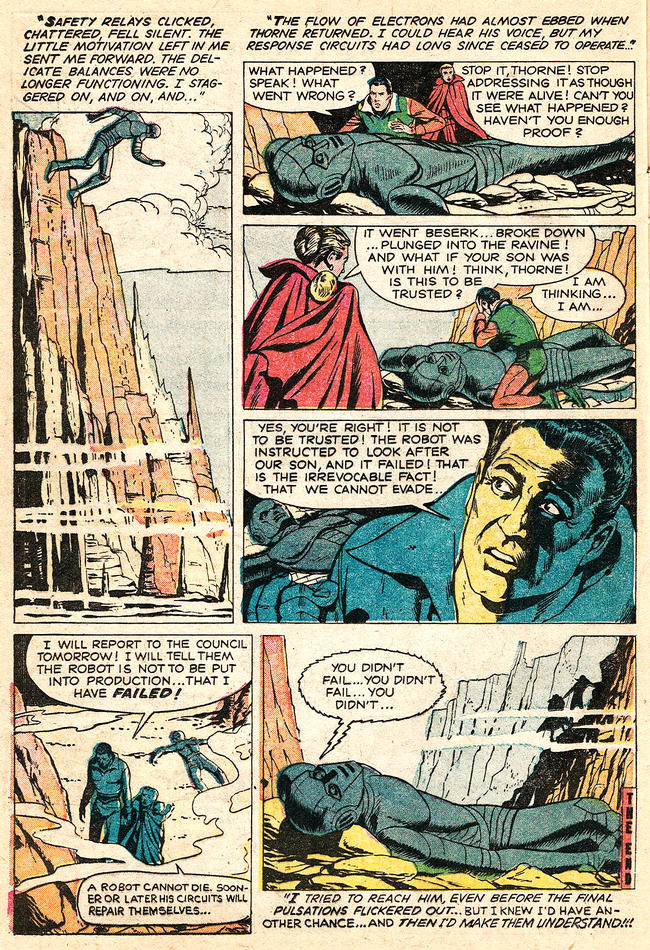 You can tell in the last two panels that it's been edited...the penultimate panel has a balloon added to tell us that the robot really won't "die", and the last caption assures us that he'll have a chance to make himself understood. Evidently the original ending was too grim for the editor. Don't know if Stan wrote the story or not; could have been somebody else, possibly from his plot.

I see the changes as being probably from the Comics Code, or maybe changed editorially in anticipation of Code disapproval. The ending, if you leave out those changes you mention, seems grim.

Did anyone else notice the two amateurish speech balloons/lettering for the baby boy? "Nice robot," "Look! New ship!" I wonder what was up with those. Odd.

I see more of Eando Binder's Adam Link than Asimov in this robot, but Helen Reddy could probably form a trio.