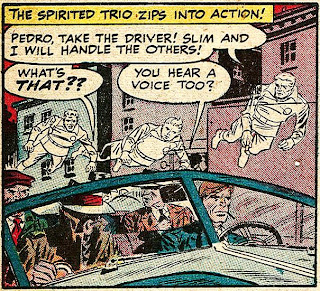 
This is the last of my Ghost Patrol stories, scanned from tear sheets. It's from Flash Comics #100.

In this story we find out that ghosts can be knocked unconscious when they're in their physical form, when they "solidify their ectoplasm." Thank god for comic book explanations, otherwise I don't know how I'd figure this stuff out. The crooks in the story make the same mistake every comic book crook since the first four-color comic book rolled off the presses has made...they've given the good guys the chance to get away. Instead of shooting the ghosts — which makes for an interesting theory on what happens when you kill a ghost — they tie them to a big spool and roll it at a train.

Ah, whatever. It's drawn by Carmine Infantino and Bob Oksner. 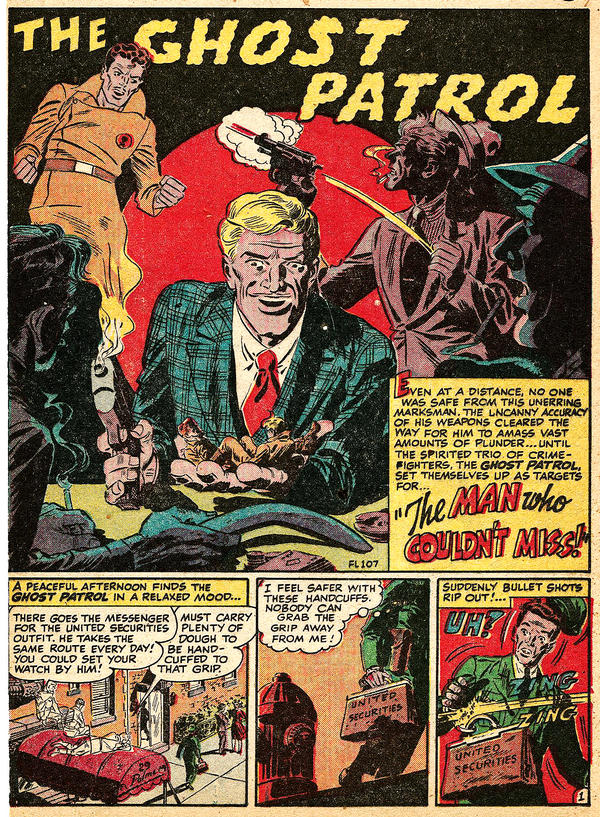 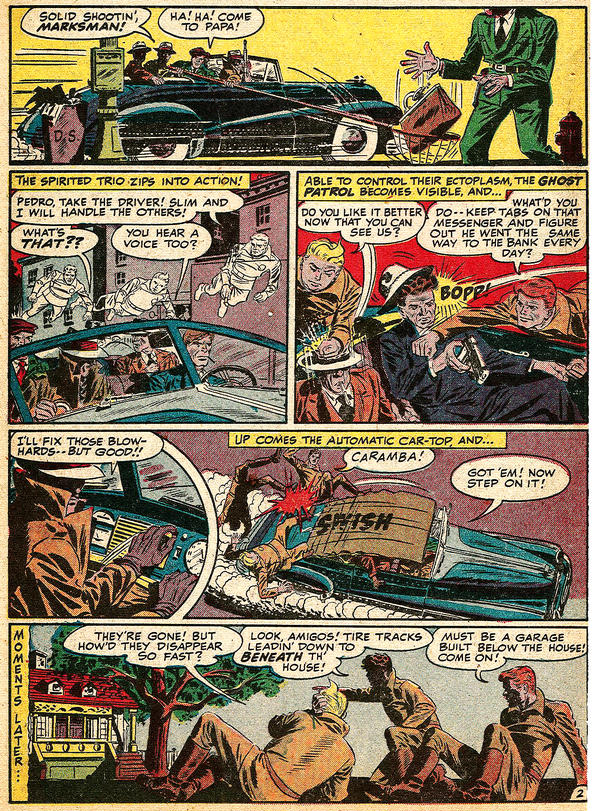 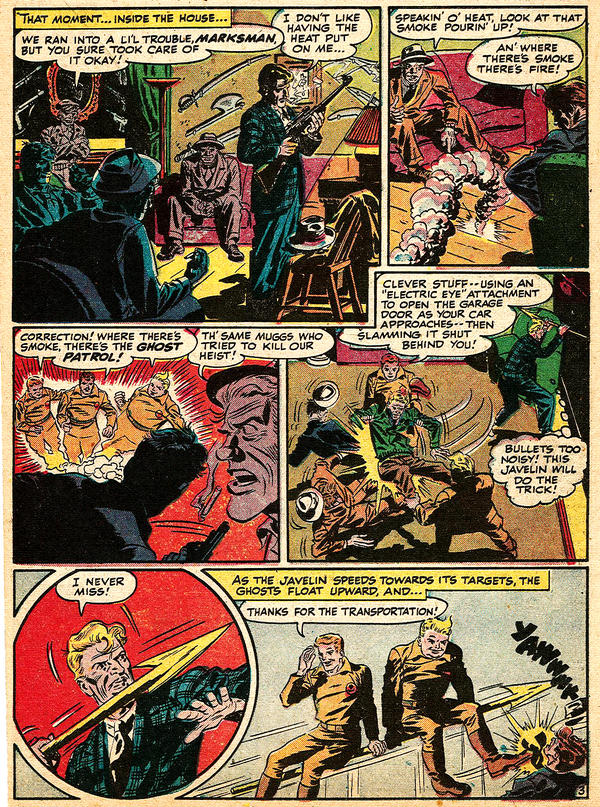 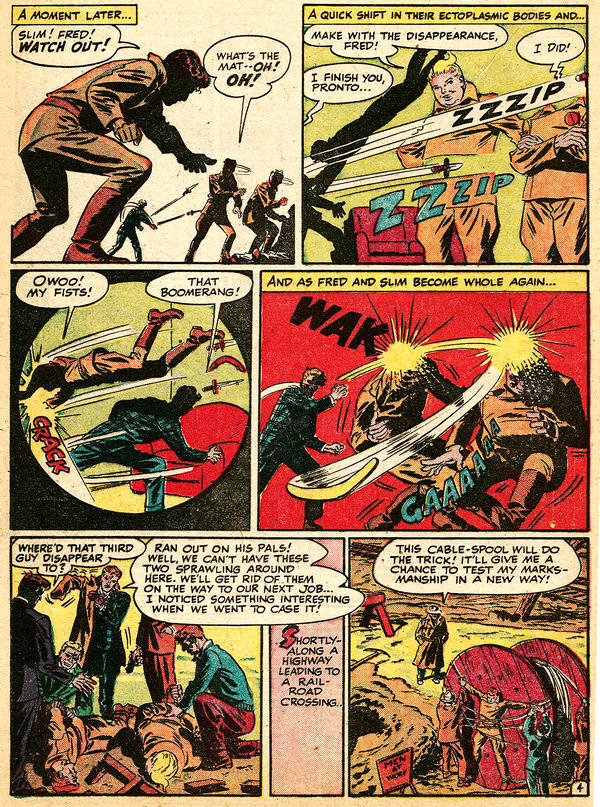 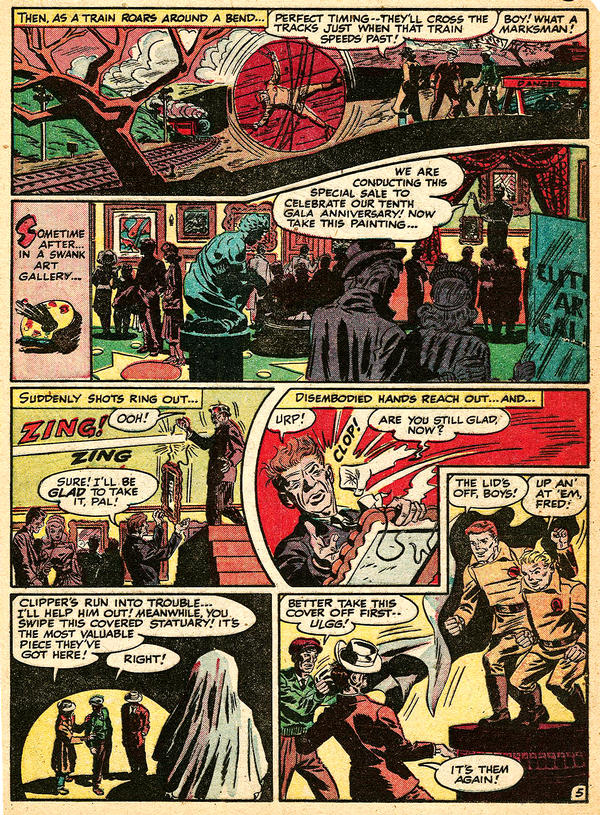 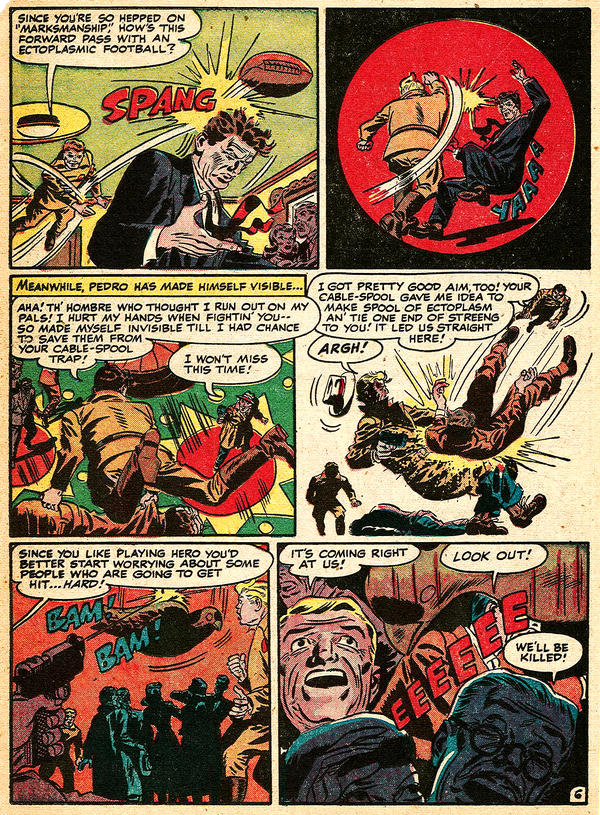 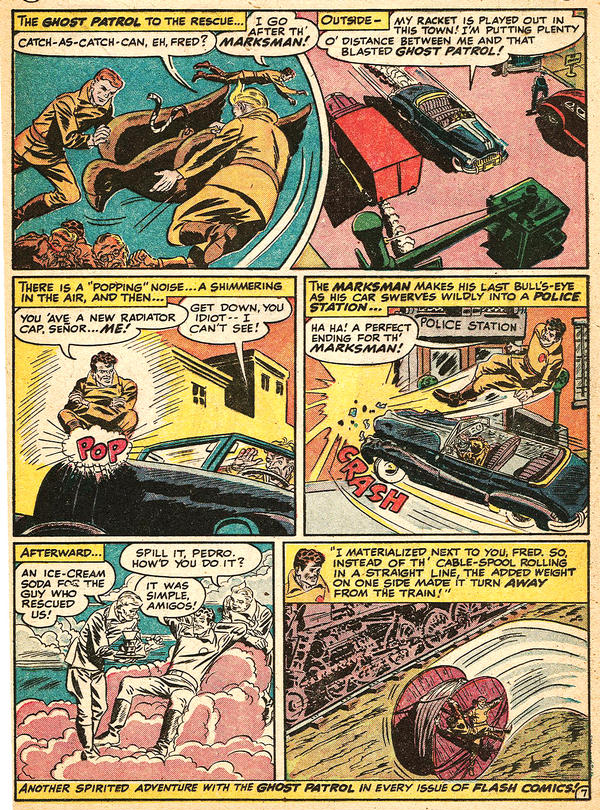 Thanks for posting this. I can't remember ever seeing an Infantino/Oksner pairing before, but it's gorgeous. And, I love the layout, especially page 2. That's the kind of pages Infantino did so often in the early 60s - I didn't know he threw any into the 6 page stories in the 40s.

These are always alot of fun, and I love the art... I've been downloading these from you and reading them back to back again. Their formulaic, wise crackin' routines probably get pretty tedious to some but I love every silly minute of it.