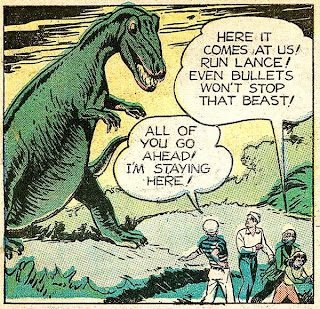 
According to the Grand Comics Database, this Lance O'Casey story from Whiz Comics #103, November 1948, reintroduced the character after being missing in action for 50 issues. Maybe the public hue and cry: "Bring back Lance! We want Lance!" was so loud that the publishers and editors at Fawcett Comics put out an edict to reinsert Lance into Whiz Comics. Probably not. More likely it had to do with paper shortages during the war, or maybe in 1948 they needed some filler...who knows? Whatever happened, this story doesn't present any backstory for the character, it just charges headlong into an adventure regarding a magic lamp.

This is also one of those screwball stories that makes paleontologists go wild. The time dating...dinosaurs 10,000 years ago? makes it appear the writer didn't do much research. Or any research. Of course, the professor, the character who guesses they are 10,000 years in the past also says he can understand the "pre-men" spoken language because it's "similar to the language on the lamp." Somebody check that "professor's" credentials. What university did he graduate from?

Carbon dating aside it's an entertaining story, well drawn by an anonymous artist. 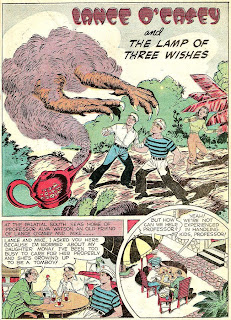 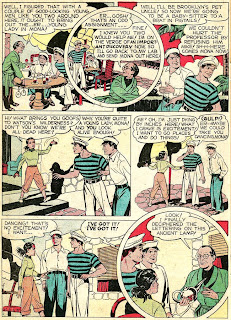 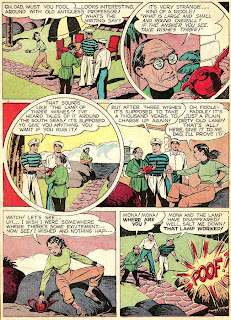 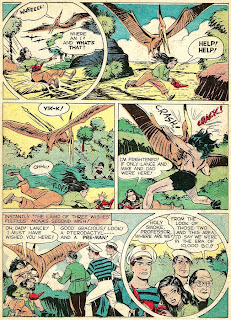 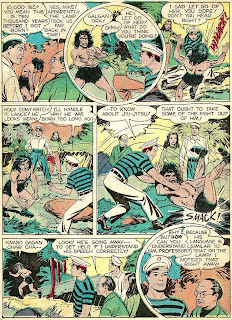 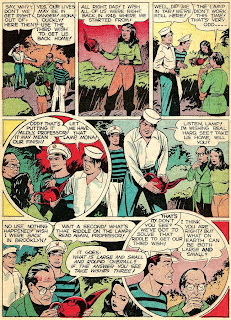 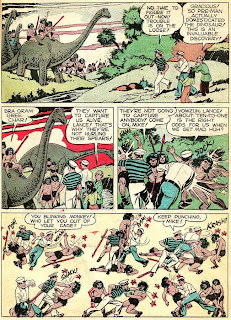 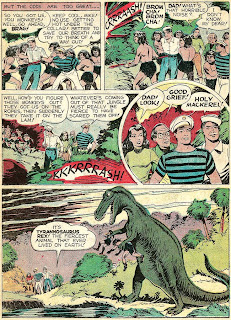 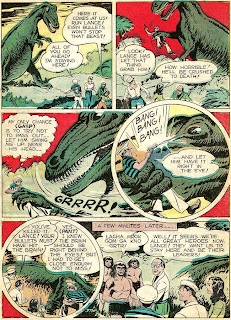 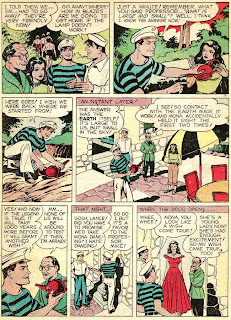 *******
Here's some other fun stuff from this issue of Whiz. The Captain Tootsie is a crossover advertisement, the only time I've seen that in this series by C. C. Beck. 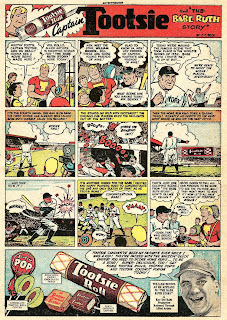 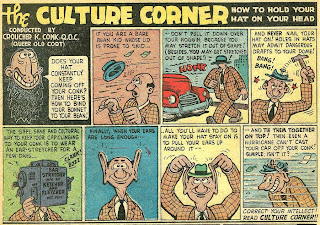 Hey, Pappy. Thanks for posting the Lance O'Casey tale. I hardly ever get to see the likes of him on the web.

Oh, this is story is just so wrong in so many ways!

Heck, I thought it was gonna be a tijuana bible from the first couple of panels.

Oh Mona, that's what you get for mocking the magic lamb. "Fiddle faddle", indeed.

Perfect post Pappy: dinosaurs, cavemen, sexy babes, tootsie rolls and Basil Wolverton! You must of got my memo this morning requesting more of all of the above.