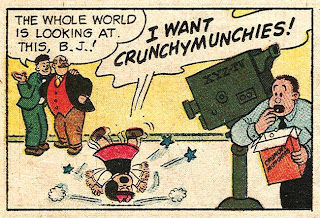 
Frank Young at the Stanley Stories Blog has some great analysis of individual stories by John Stanley. He hasn't gotten around yet to the Oona Goosepimple stories from Nancy comics of the late '50s. I believe they were inspired by Charles Addams' cartoons in the New Yorker magazine, but after using that inspiration, Stanley went strictly on his own. This is the last example of an Oona story I have, from Nancy #178, September-October 1960. It follows the formula set by earlier stories.

I'm also including a couple more stories from the same issue that I found funny and strange in their own ways. "The Sponsor's Message" at only four pages is a sharp satire on television advertising to children.

"A Trip To the Moon," starring Nancy's pal, Sluggo, is strange when viewed in a certain light. I'm sure Stanley meant it to be his take on the then-infant space program, and Sluggo, in his own way, outsmarting the egghead rocket scientists. I think you can also take it that this parentless child, who lives on his own and by his own wits, is being manipulated by a group of men. It's kind of creepy, really, if you think about it. It's probably better just to think about it from Stanley's comic 1960 perspective, which is the way I read it when I bought it new. 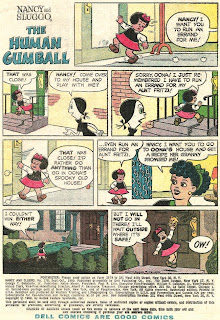 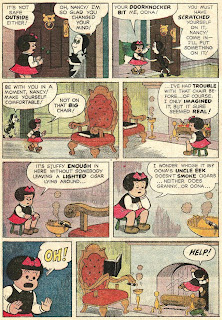 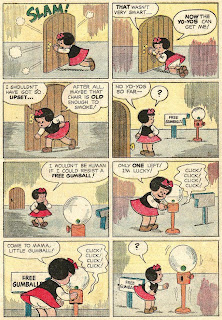 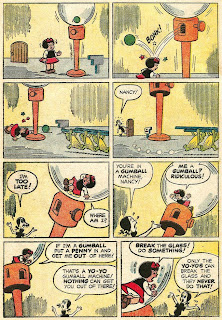 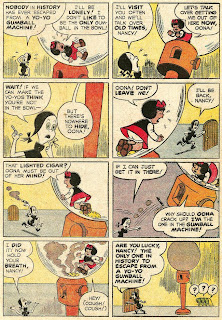 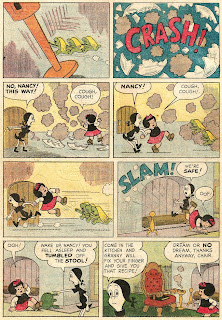 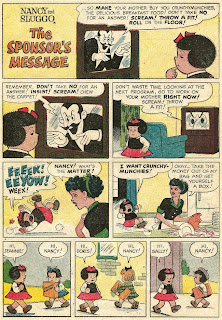 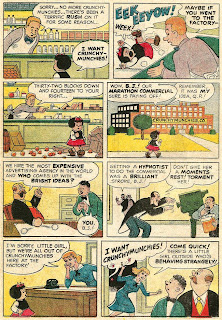 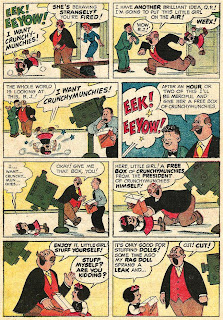 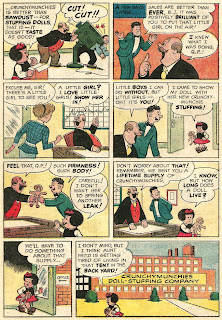 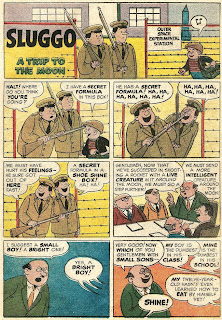 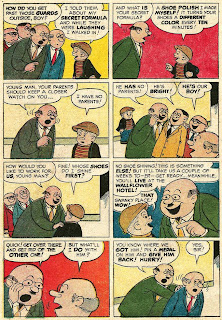 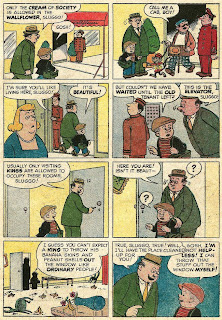 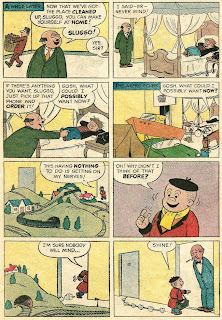 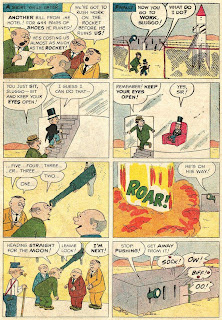 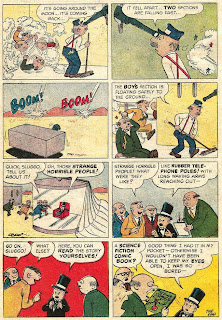