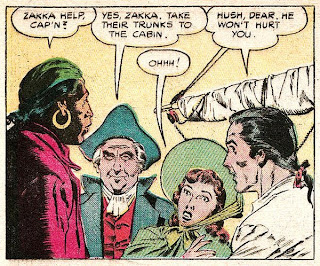 
Here's a tale of the high seas, mutiny, mayhem and a gentle giant's friendship with a young boy. I probably should've posted this last Friday on Talk Like A Pirate Day.

It's from Buster Brown Comic Book #33, published sometime in the mid-1950s, and drawn by Reed Crandall. 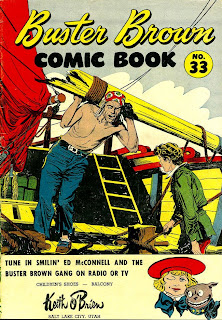 Last time I posted a Reed Crandall story from Buster Brown #30, George Freeman wrote a comment to tell us it was inked by Ray Willner. As George pointed out, Willner's inking was more angular than Crandall's. Willner has a signed story in #33, one of his Indian elephant boy Gunga stories. I think he did not only the pencilling and inking on Gunga, but the inking over Crandall's pencils as well.

If there's anything about this comic that bugs me it's that the Zakka character on the cover--drawn by Willner?--doesn't match at all the character on the inside. The guy on the cover looks like he's older, shorter and leaner, and a lot less capable of hoisting a mast than Crandall's giant. When you see a glaring discrepancy like this you wonder where the editor was. 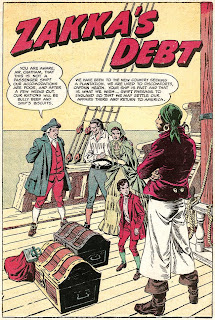 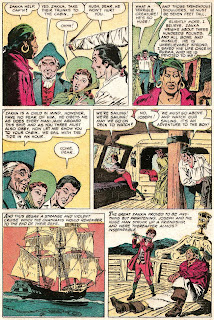 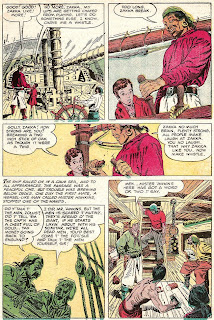 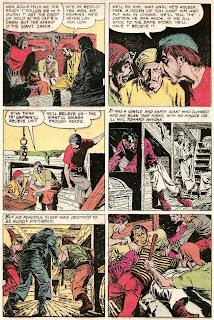 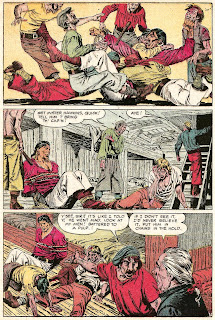 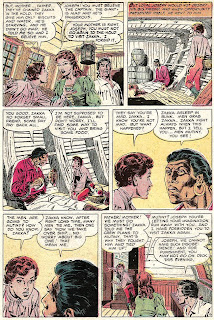 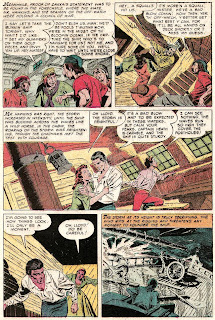 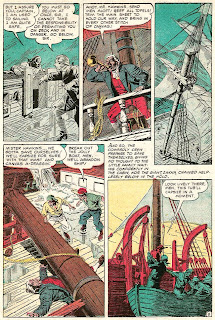 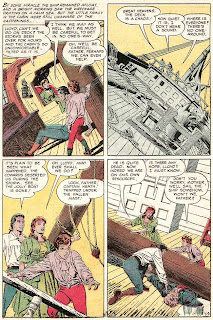 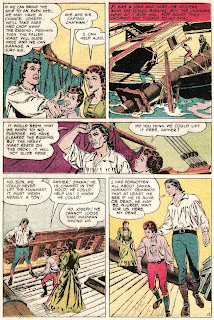 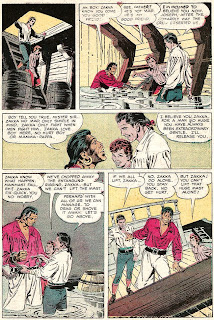 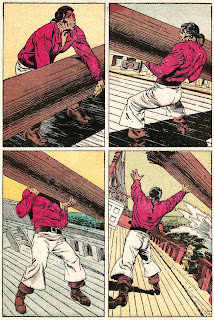 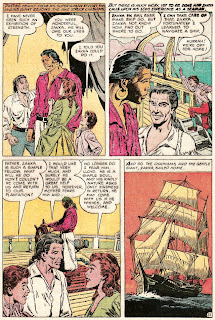 Any chance I can talk you into posting the Smilin' Ed story in this one as well?

I posted one a while ago...

Thanks for posting all the fantastic stuff, Pappy!

Since the Smilin' Ed story is a Christmas strip, I'll wait until the season is upon us.

Loved the Buster Brown stuff you posted. I remember sticking my feet into that x-ray machine in my local Buster Brown store and seeing the bones. Holy X-Ray Specs! Probably the reason I dig skeletons today. Kids today just don't know what they're missing...(like a foot by amputation from too much radiation.)

This reminds me of an ongoing story by Drew Weing called "Set To Sea"
http://www.drewweing.com/settosea/?date=00010101