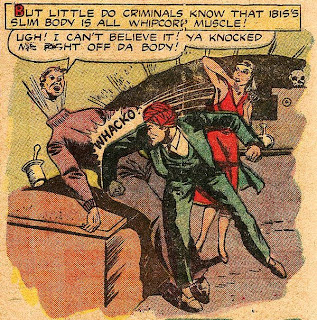 
Ibis was a popular character from Fawcett's Whiz Comics, even earning his own comic book. Ibis was a prince of Egypt who had a magic wand called the Ibistick, fighting evil with white magic.

This particular Ibis story comes from Whiz Comics #54, from 1944. That's two Whiz Comics stories I've posted in a week or so and both of them are crazy! You have to read this one to believe it: sorcery, a flying head, animating dead bodies. And the ending would've done fine in a horror comic just a few years later. You also get classic dialogue from writer Otto Binder like, "Hold my wand, Taia! there are times when plain manhood is called for!" "O Prince! He is so big and powerful!" I don't know about you, but when I read hot stuff like that my Ibistick vibrates.

This is also from one of the worst condition comics I own, and that's saying a lot, since the Pappy Crappy Comics Collection has a lot of bad condition books and loose pages. This particular comic was part of a bunch of 1943-44 comics I bought some years ago, rescued from an old house, stored for years by a coal furnace. The comics had gotten brittle, brown and the outer wraps were inundated with particles of coal. The scanning is a story in itself because as I put each page on the scanner board it tore away at the fold from the page it was attached to. It was all I could do to keep the whole thing from falling into jigsaw puzzle-size pieces, as happened to the upper corner of page 9. After scanning I was able to carefully put the whole thing back into its bag, but I'm afraid to ever take it out again for fear that what I'll have in my hands is a pile of coal-dusted confetti. 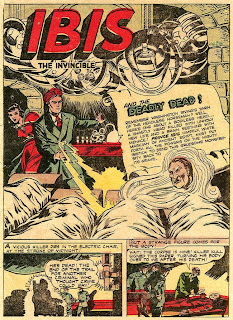 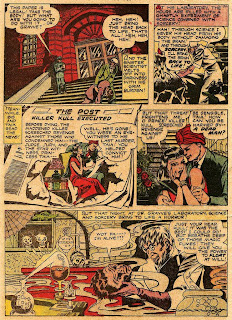 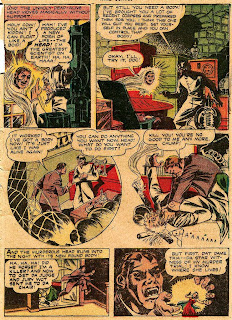 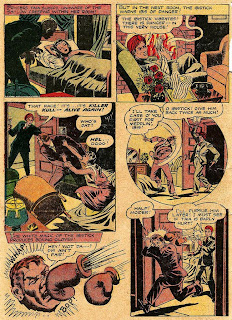 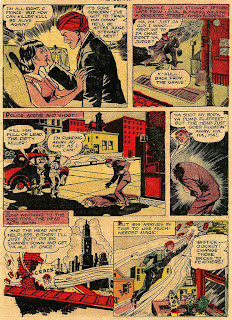 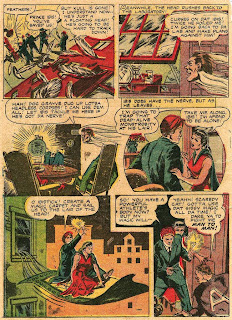 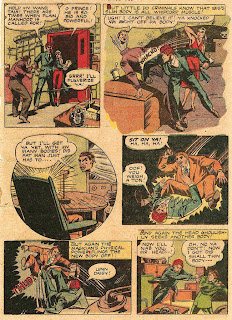 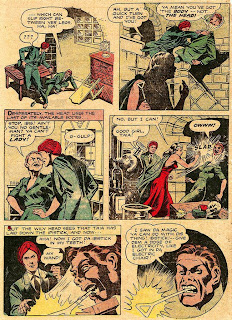 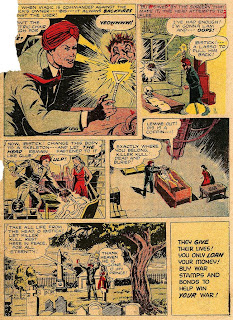 Too bad the rest isn't available. But thanks for this story.

I appreciate the effort you go through to share this stuff.

"The Deadly Dead" ... even the story's title is awesome!

Thank you so much for taking a chance on scanning this. It's priceless. I don't know what my favorite lines are, but I'm surprised

escaped your intro. I'm going to start using that line all the time. I am also happy to learn that "screeched revenge" is the universally excepted proper term for something.

"I understand now--he's just a floating head! He's going to be hard to track down!"

"Just the head, Kull. It was the best that I could do."

That was my fave, but really, panel for panel, this has to be one of the wildest stories I've ever seen.

It's hard to top this story for sheer craziness, but make sure you check out the Babe story I have scheduled for Monday, September 15. It's another oddball classic.