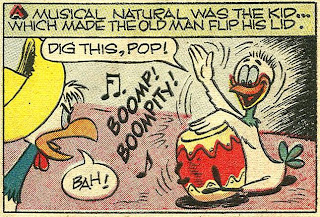 
Paul Murry is one of my favorite funny animal artists, but I had trouble finding anything he drew that wasn't for Disney. Murry was best known for his Mickey Mouse comics done from the 1950s to the '70s. I avidly followed his serials in the back of Walt Disney's Comics and Stories, enjoying them almost as much as the Barks Donald Duck strips. I don't scan and post Disney comics, so I was happy to find "Pepe and Pepito" as the closing strip for the giant comic, Woody Woodpecker's County Fair #2 from 1958.

Murry had a real animated, solid drawing style, and he had a great ink line. I read once that he criticized Barks — horrors! criticize Carl Barks??!! — for using too thin a pen line, because of the limitations of the comic book format. Barks' work seems to have survived the process just fine, and Murry's looked great, too. Murry wasn't the auteur that Barks was, so I took the criticism for what it was worth. Murry was one of the best of the Mickey Mouse artists. For me it's a toss-up between Floyd Gottfredson and his Mickey Mouse comic strip work of the '30s and '40s, and Murry with his comic book work in the '50s and '60s. They're both great, but I'll always lean a little toward Murry because his was the Mickey I grew up with. 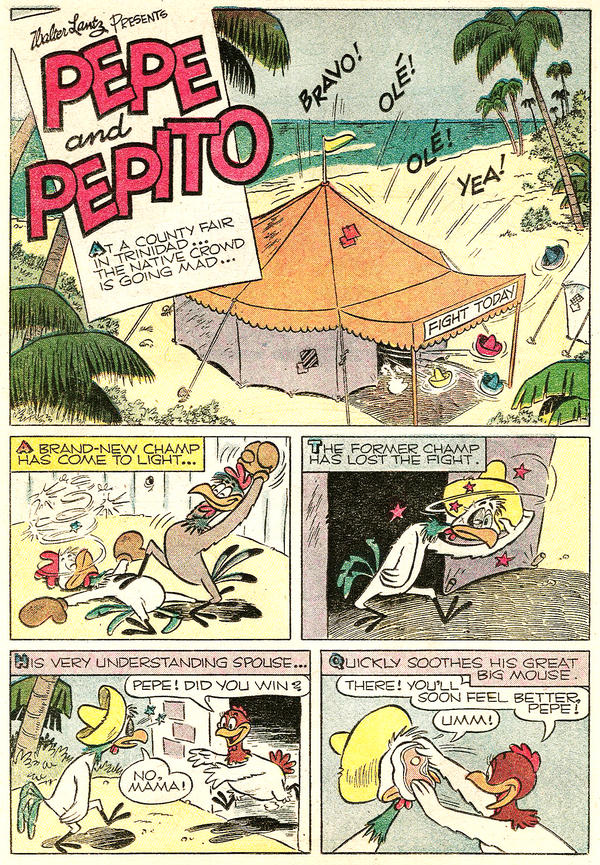 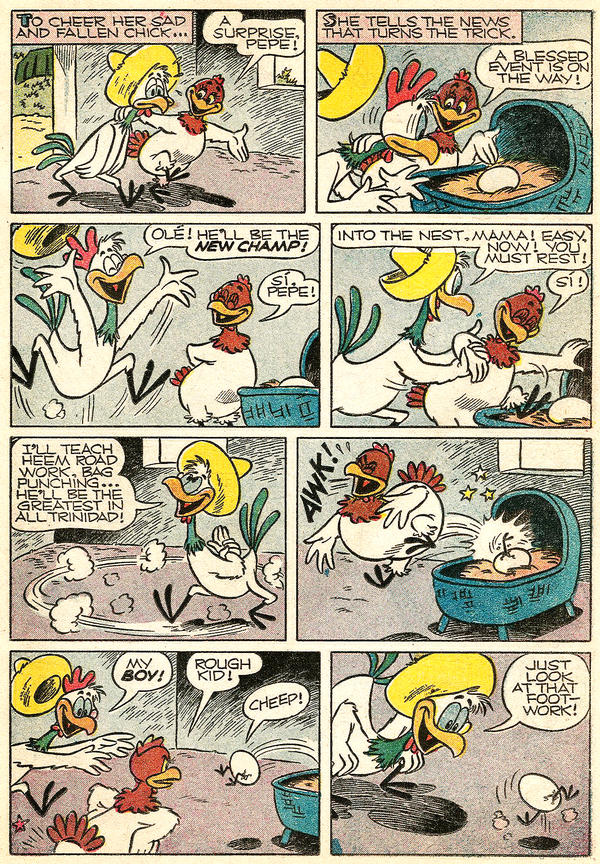 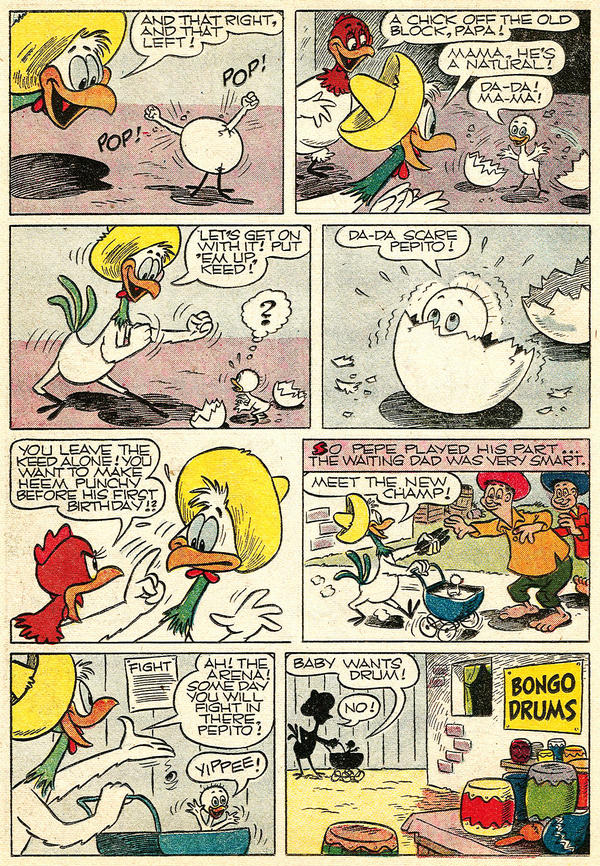 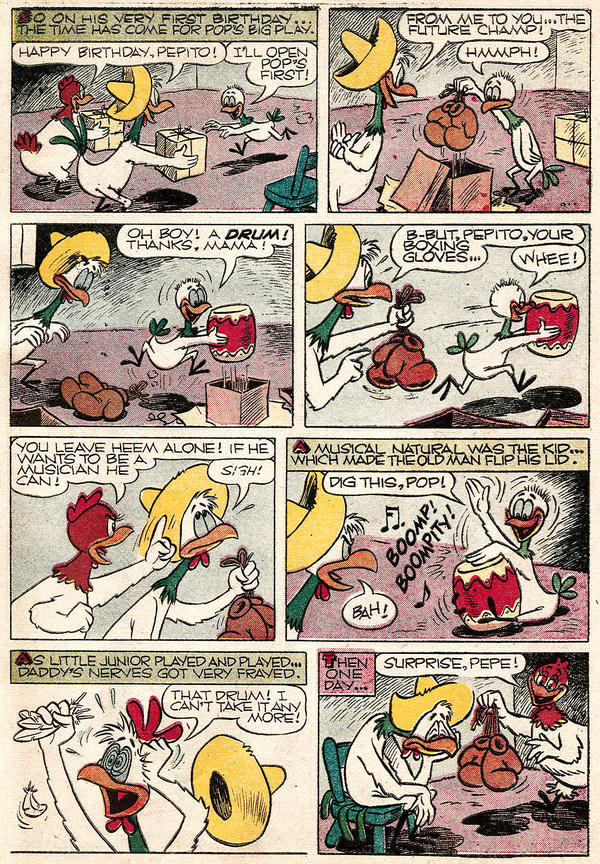 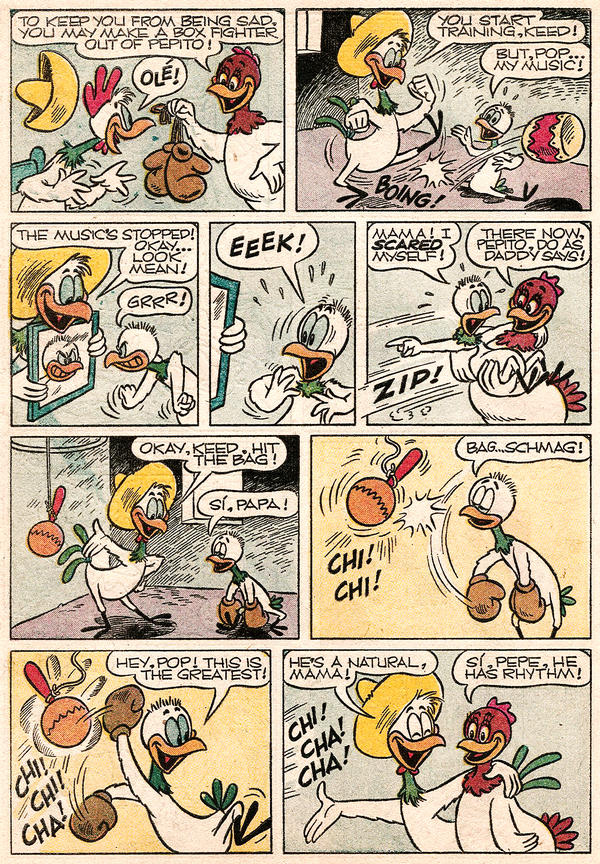 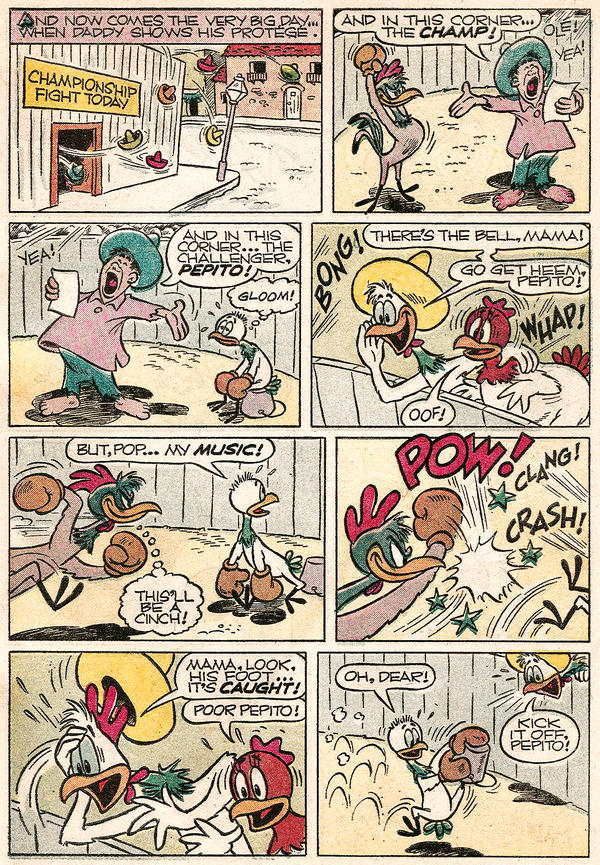 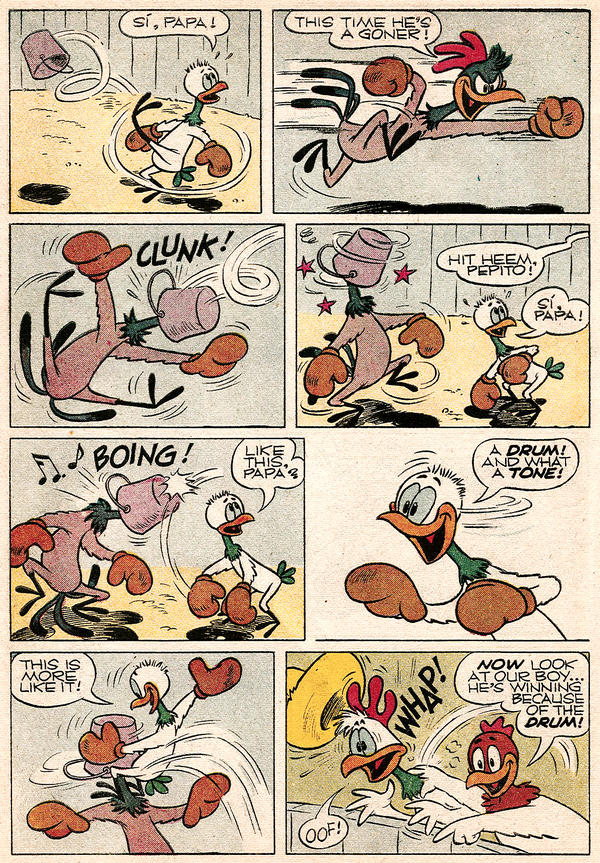 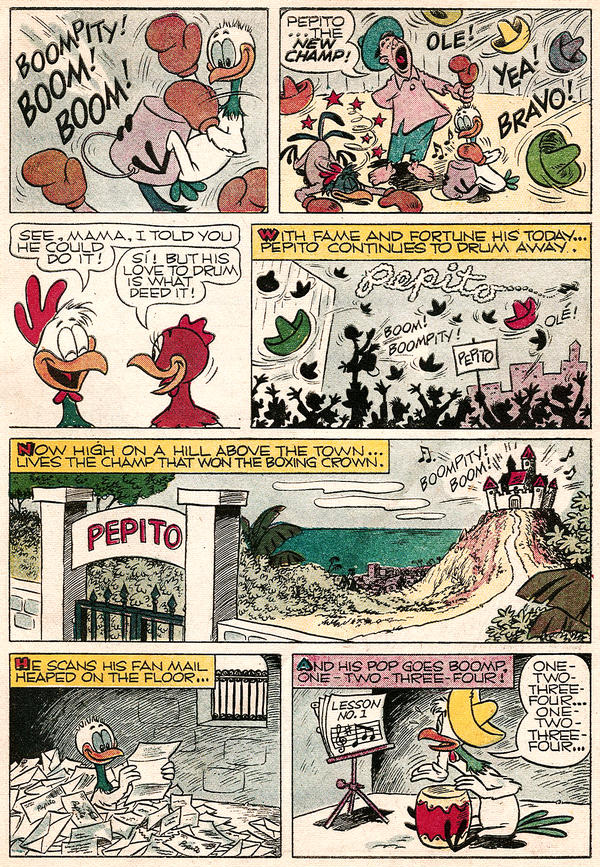 I read this story in a collection I've been looking for for years. It accompanied a neat SF story in the same book. Thanks!

I agree with you 100% about Murry. I have also always liked his lettering. It sometimes looks a bit rushed and unpolished; but it, and his hatching added a nice texture to his pages. Didn't he do some Woody Woodpeckers?

Sleestak, what was the collection you'd been looking for? Was the SF story by Murry, also?

Uncle Ernie, Murry was a workhorse for Dell and I don't doubt he did Woody Woodpecker. I don't think I have any in my collection. Can someone else confirm...?

I just dug through a couple of Woody Woodpeckers I have and did find what appears to be two stories in the Dell Walter Lantz Woody Woodpecker #59, from 1960. It looks just like a Mickey adventure but with Woody and cartoon people, not dogs, villains.