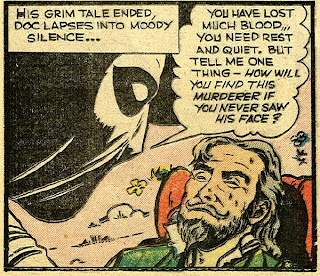 Ghost Rider and the murder in wax!


In the comments section of last Sunday's Johnny Thunder post, I said there were only so many things you could do with a Western story. This Ghost Rider story gives the lie to what I said. This is what happens during the aging process, gang: those screws that hold memory together become stripped. Well, it's not the first time I've done something like that and it won't be the last. It can only get — choke!— worse.

Anyway, I remember enough to know this is the last story from Ghost Rider #7, from 1952, drawn by favorite Dick Ayers and his cuz Ernie Bache, and written by Gardner Fox. 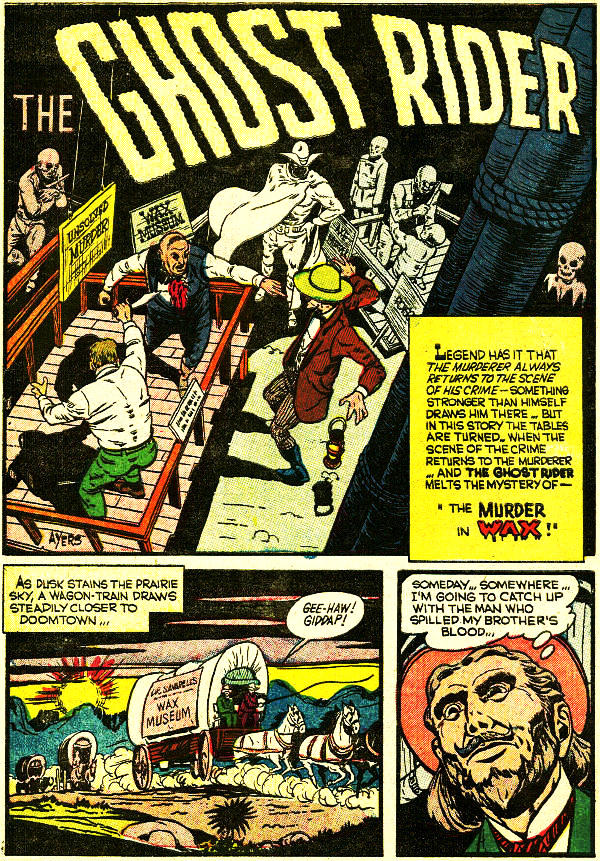 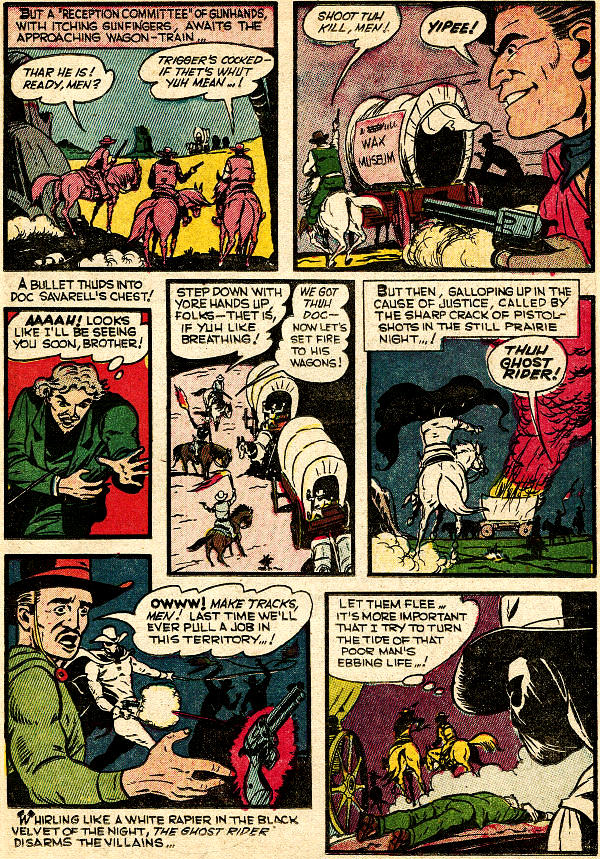 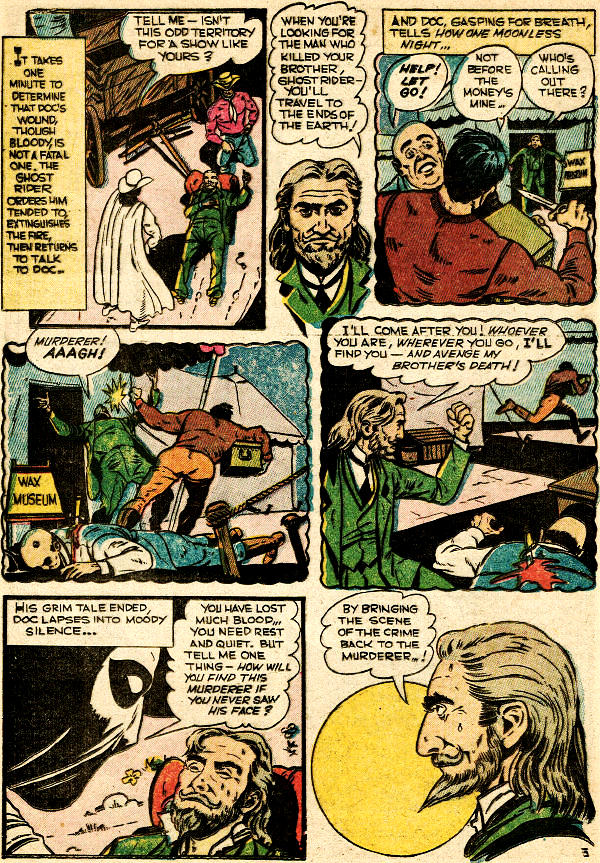 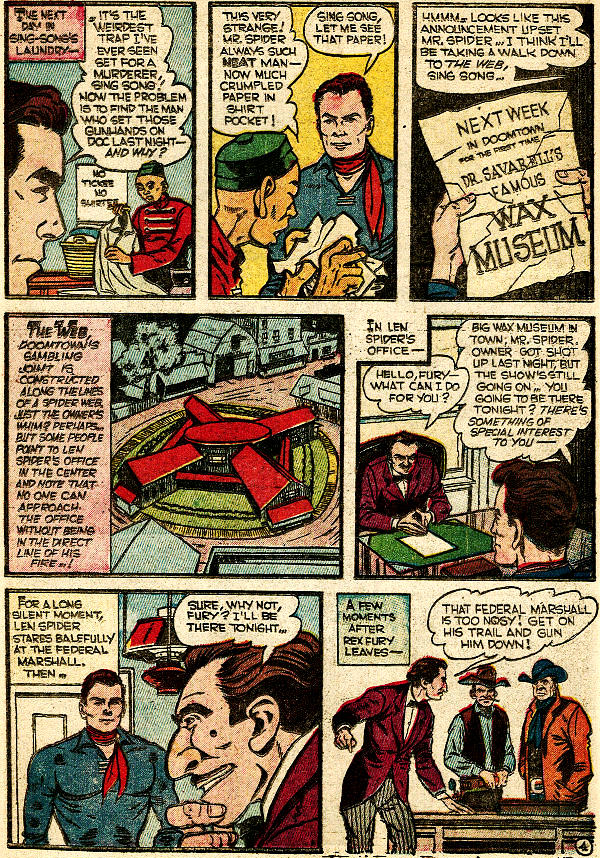 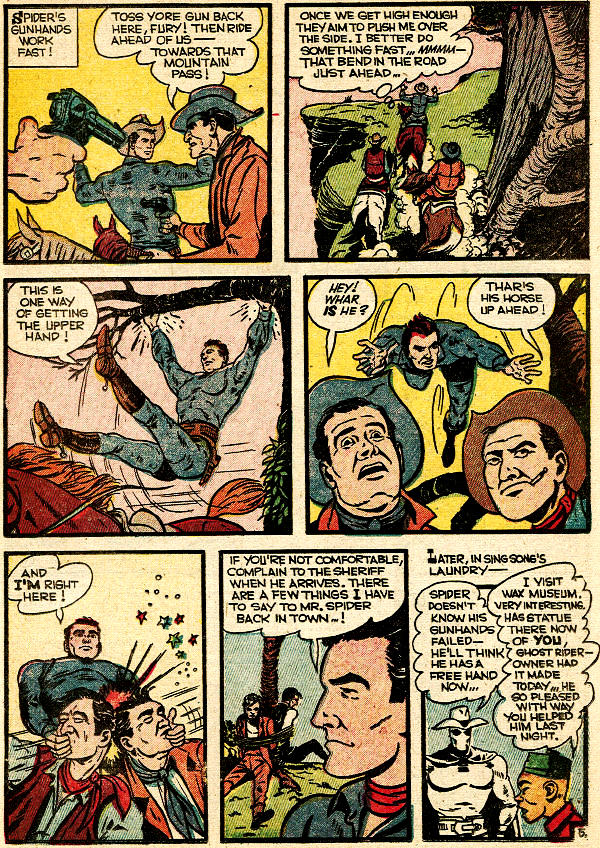 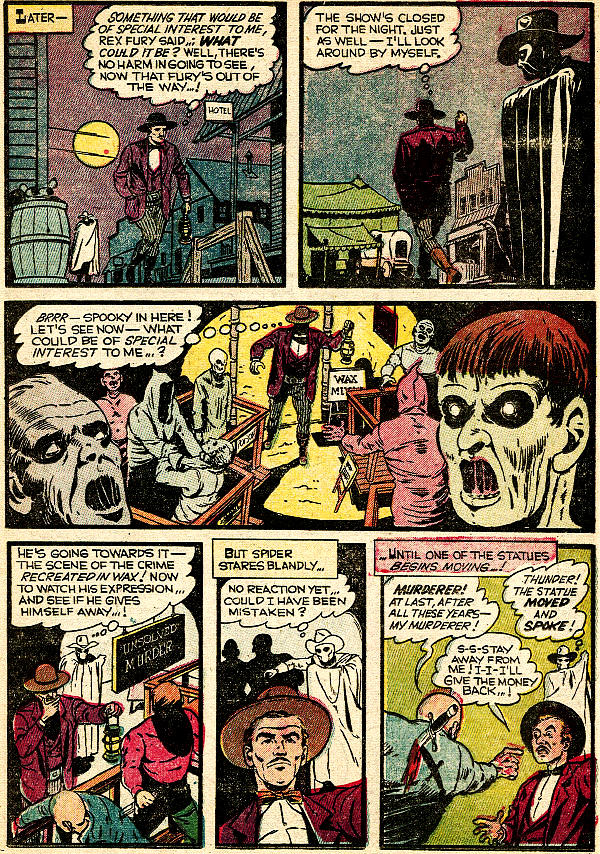 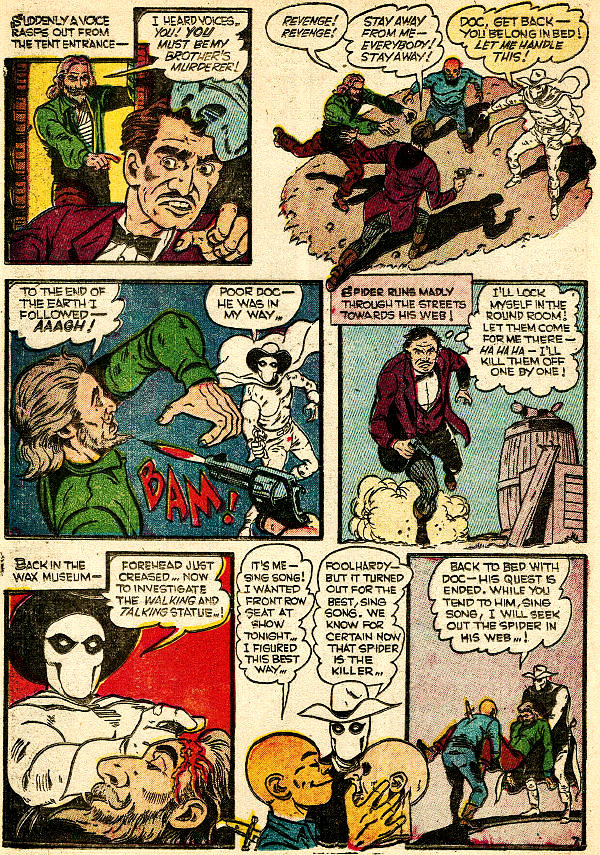 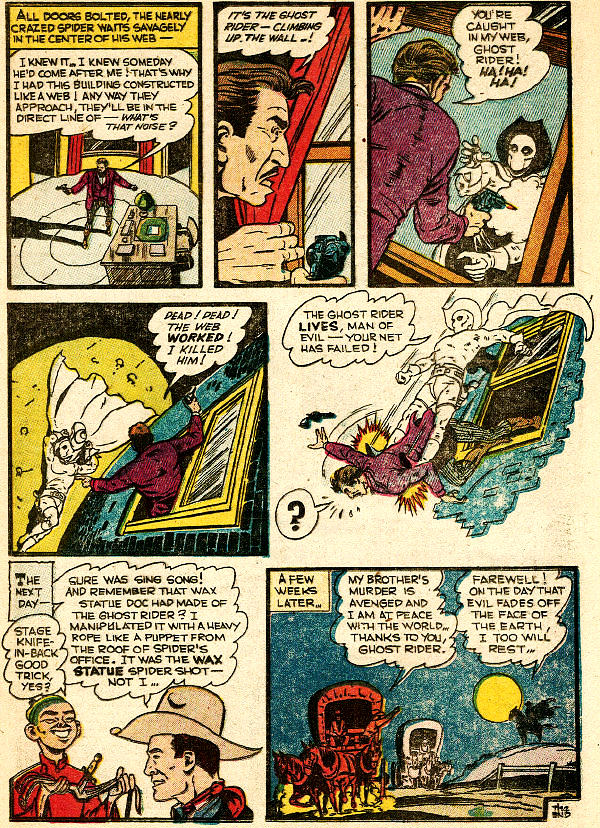 Click on the label for Ghost Rider below and read the rest of the stories I've posted from issues of ME Comics' 1950s Ghost Rider.

As a bonus, you too can be the Ghost Rider...only a buck! 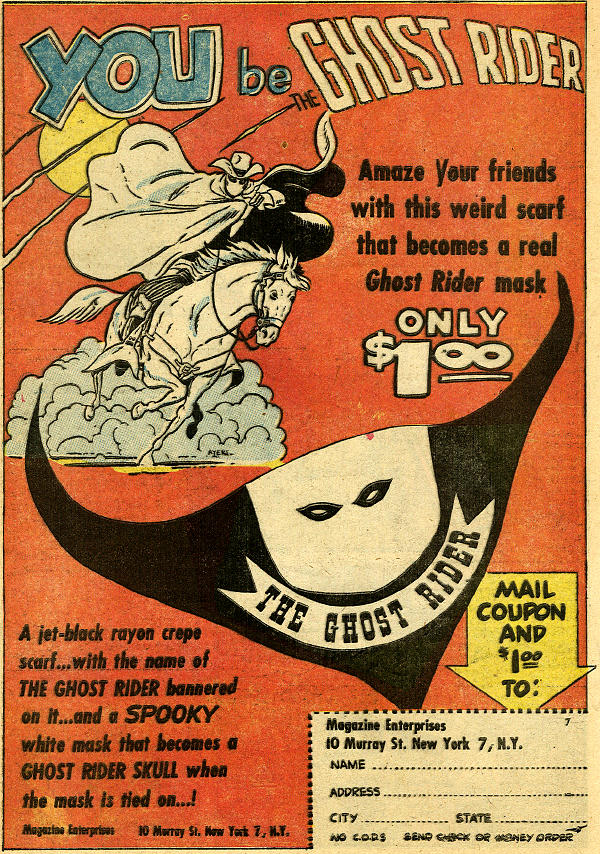 You'll really be too far gone when you're sure that your mind is as sharp as ever simply 'cause you can't remember the mistakes!

Man I love these Ghost Rider stories... another post that just rubs it in on how wish I could afford an issue, (you have no idea how many times I've been beat out at the last second on ebay, argh!)

Cool ad too. I wonder if there's a Zapatista somewhere in Chiapas wearing one of those Ghost Rider masks?

Me, I want one of those nifty scarves so that I can ride out and play Ghost Rider on my trusty steed .... um, what's that you say, Night Rider? Yuck!

Naw, Phantom Rider ain't any better, and I don't much care what that flamin'-headed varmint from the pit o'hell claims.

This is the real Ghost Rider. Savvy?