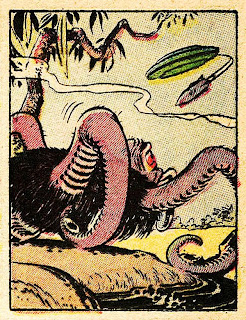 
Rocky X is stranger than strange!


Norm Maurer, who was a prolific comic book artist, was also a movie producer. In 1947 he married Moe Howard's daughter, Joan. Moe was one of the Three Stooges, and in the early '60s, after the Stooges shorts got popular on TV, Maurer put them back before the cameras for a popular series of feature films.

But before that Maurer had a comic book career for Charles Biro, and also with Joe Kubert at St. John's line of comics. He had a clean and appealiing style. I like this episode of Rocky X from Boy Comics #86 because of the (to me) nostalgic 1950's science fiction, space cadet-style of story, flying saucers and a great-looking tentacled monster. Too bad the story is continued and I don't have the follow-up episode, but you can guess it probably turns out OK for Rocky. 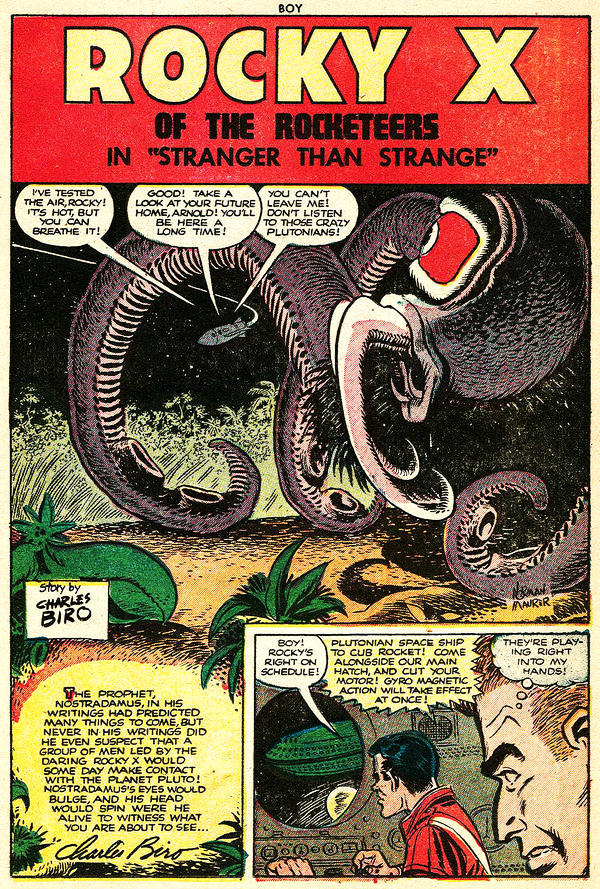 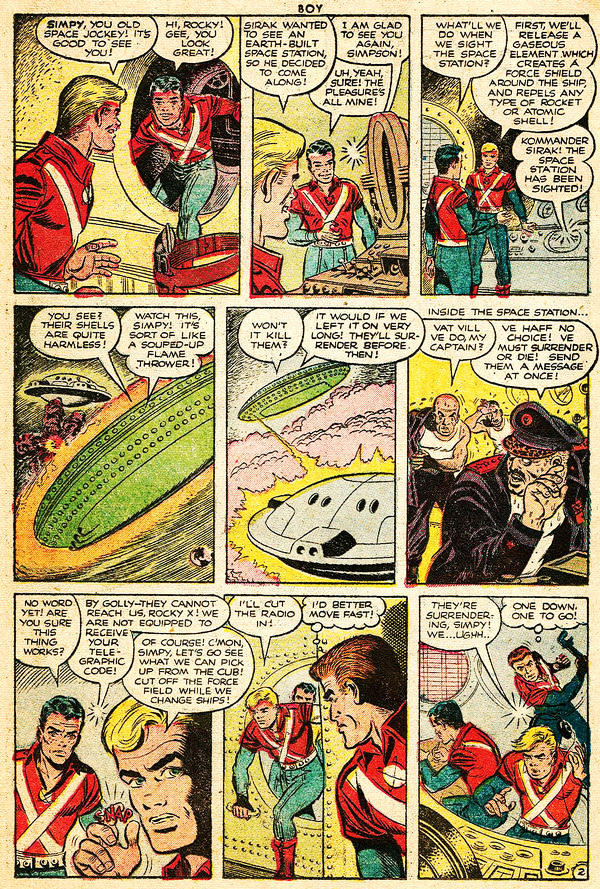 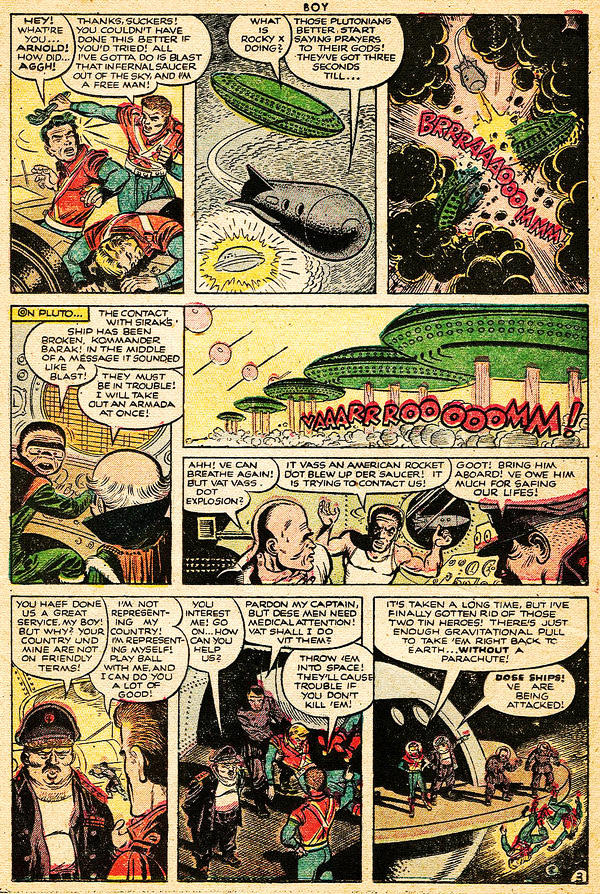 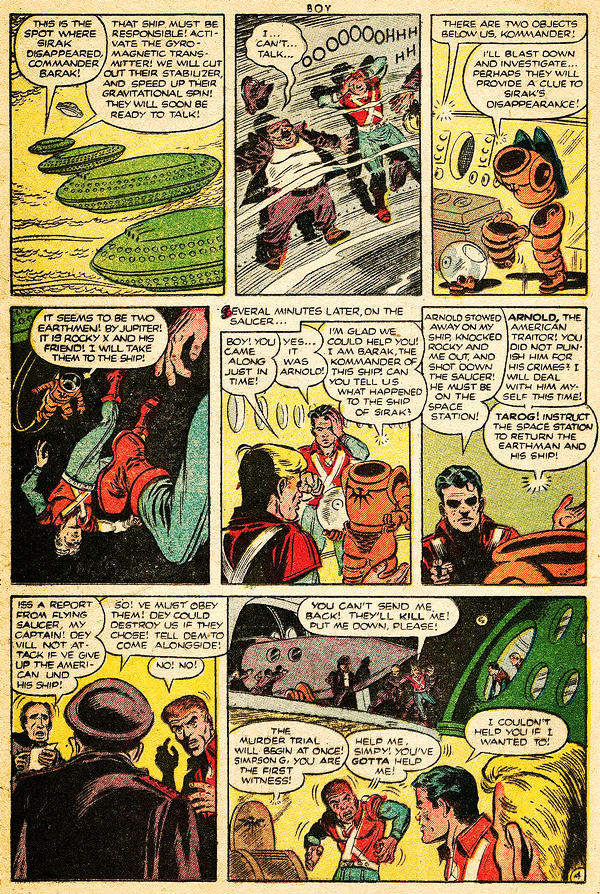 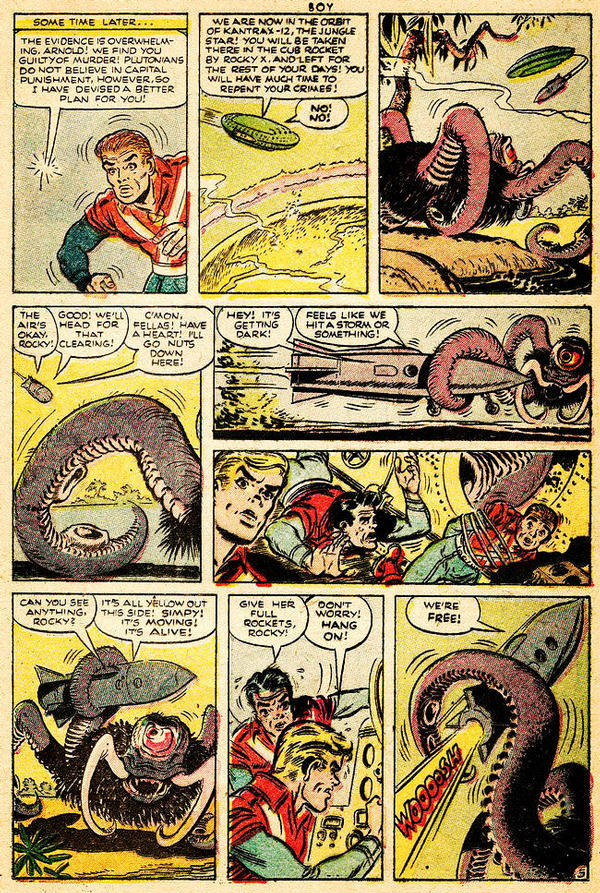 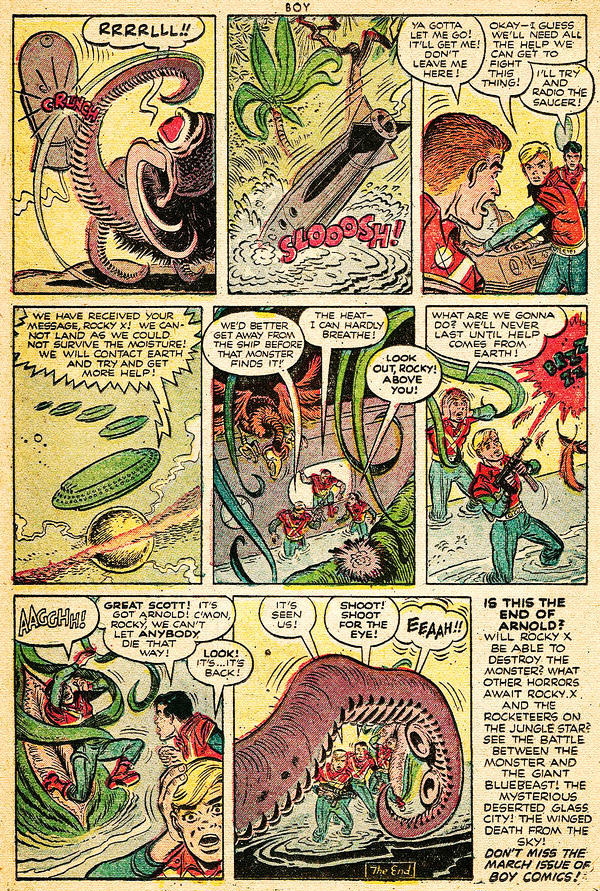 Ahhh ... Arnold was asking for it. I really love the Nostradamus reference at the beginning, though. It's so brilliantly random ... yet another reason why I love the Golden Age.

Yeah, I agree with the Fortress.. this is a spectacular sci-fi tale with lots of tremendous moments. Maybe one of your readers has the follow up episode that he/she (probably he) would like to submit? That art... damn it, just the right mix of real and cartoony, my absolute favorite kind.

And what awesome little thing did I learn from Pappy today? Norm Mauer and the Three Stooges = no seven degrees of seperation required. Fantastic bit of trivia Paps, thanks (and curses) again as always for opening my eyes to something else I now must collect! Yeah! Argh...

Vaaarrrooooom!??? How many cylinders in those ships?
Great find, always loved the Mauer/Kubert team on the Stooges stuff, nice to see his solo work.

"It's all yellow out this side."

What a great line! Man, it took me, like, four pages to realize half the cast was invisible. It started to make a whole lot more sense right about then.

Maurer was also in on the creation of 3-D Comics, to add to his credits. Pedantic Pappy