Number 1997: Kit West and the stockade full of suspects 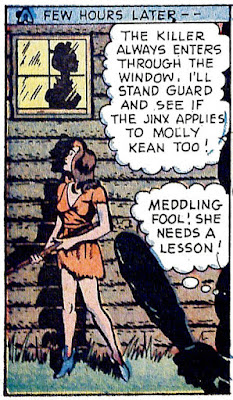 For an 8-page story there is a lot going on in “Murder in the Stockade,” from Cow Puncher Comics #6 (1949). There is a cast of pretty gals, with an equal number of embittered-in-love types, one of whom is apparently murdering said pretty gals. There is also a handsome frontiersman, Dan, who, when one of his fiancées gets killed by person, or persons, or thing unknown, just takes up with the next gal in line. I have to say that the solution to this mystery is about as off-the-wall as a mystery by, say, Edgar Allan Poe, who is obviously the inspiration here.

Kit West, heroine in buckskin, is buxom, bare-legged, and bold. She even sets herself up to be killed, just so she can solve the mystery. Add “brave” to her description.

The Grand Comics Database lists Jill Elgin as the artist. 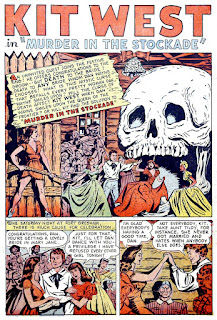 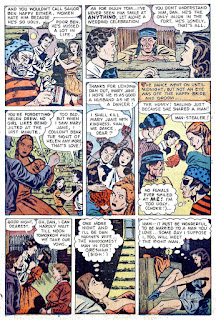 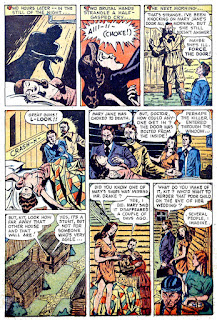 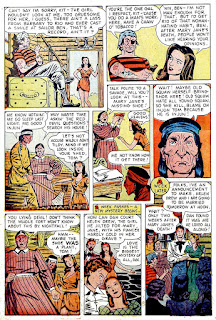 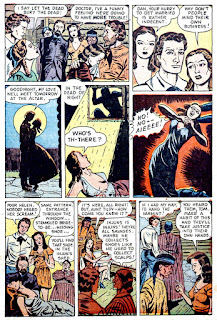 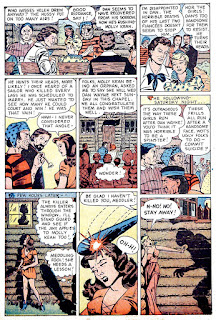 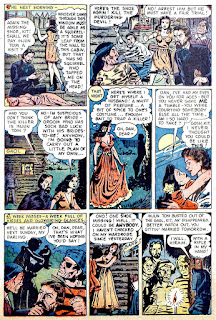 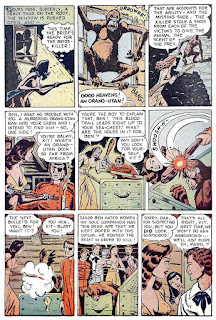 Originally posted in 2012, another Kit West story. Just click on the thumbnail. 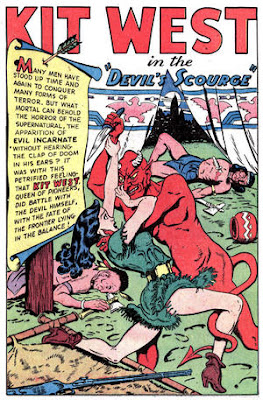