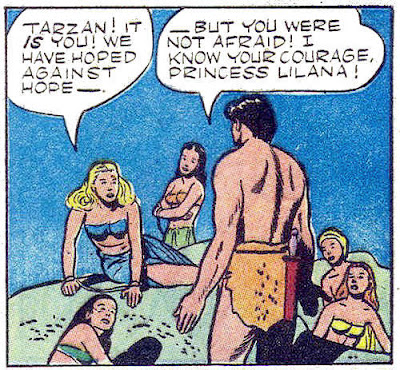 It has been a while since I went ape, so here is another Tarzan adventure, this time with apes not as friends, but trying to kill him. In one panel the ape hollers “Bundolo Tarzan!” “Bundolo” means kill in ape talk, which is demonstrated — oddly — in this panel from the Ape-English dictionary in Tarzan’s Jungle Annual #1 (1952), which is where I got today’s story. To demonstrate the word meaning a tribesman is about to clobber a pot with a stick. My assumption is that Marsh may have drawn the panel with a snake coming out of the pot, which the editor nixed. After the snake was whited out we were left with a headscratcher of a panel. 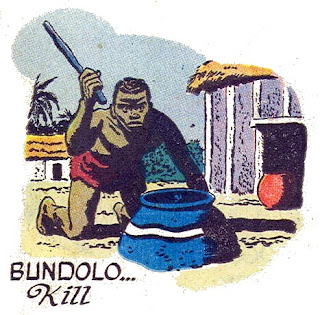 Tarzan had been to Opar before. I showed a story of Opar in 2013, with cavemen instead of apes, and also with Queen La. There is a link below.

“Tarzan Returns to Opar” was written by Gaylord DuBois, and Jesse Marsh did the artwork. 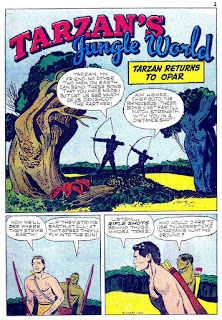 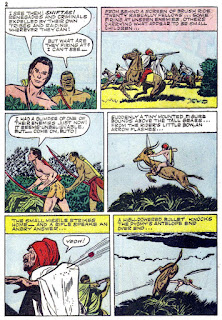 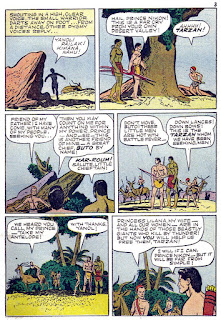 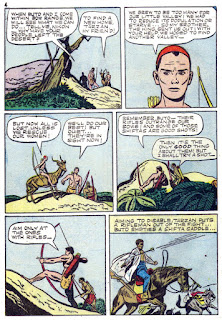 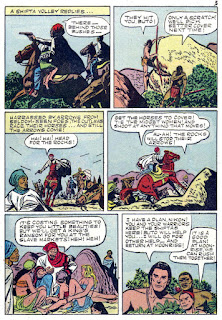 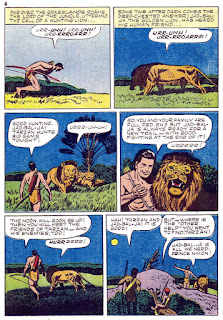 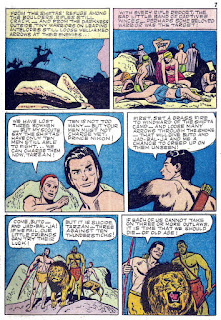 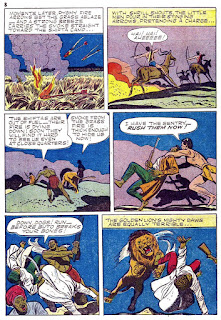 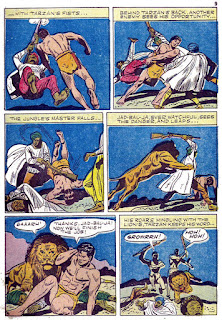 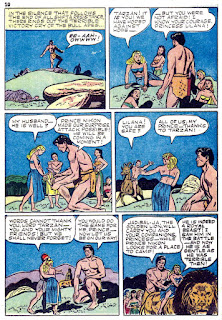 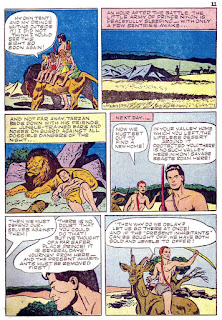 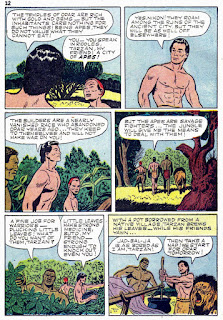 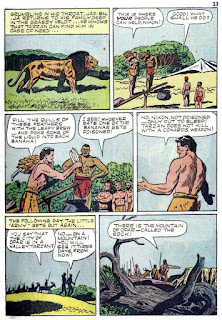 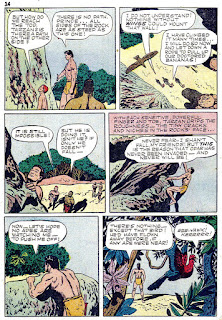 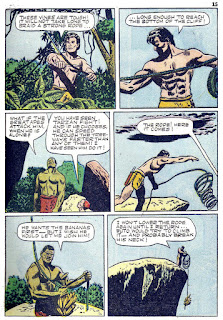 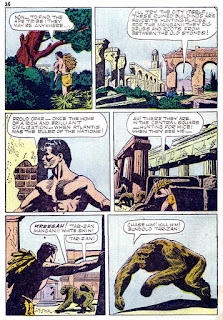 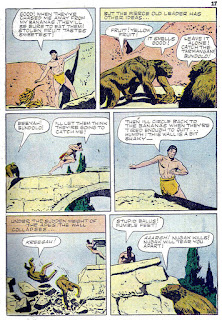 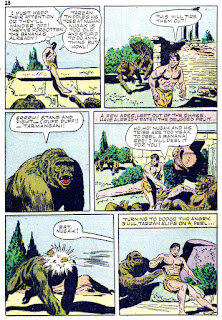 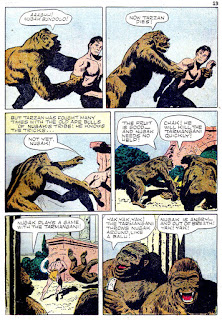 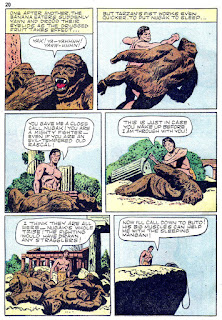 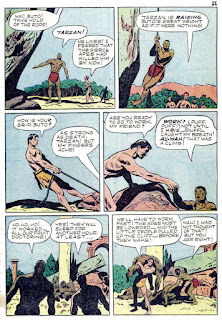 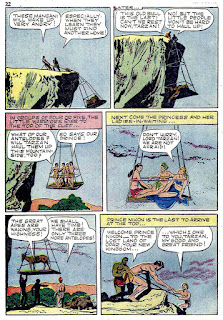 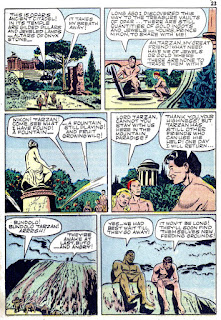 An earlier Tarzan adventure in Opar. Just click on the thumbnail: 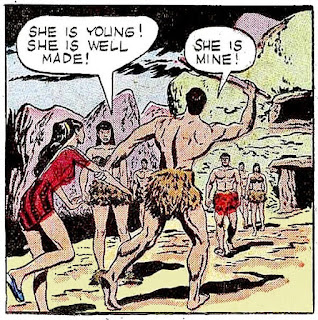 Man alive I love Jessie Marsh! I have just totally become enamored with this guy's art ever since I first saw him in these pages, so I have you to thank for that, Pappy. As a matter of fact, I try to thank you very clearly in the back of my head every single time I get to buy another expensive collection or rare item. This is Pappy's doing, I think to myself. Thanks Pappy!