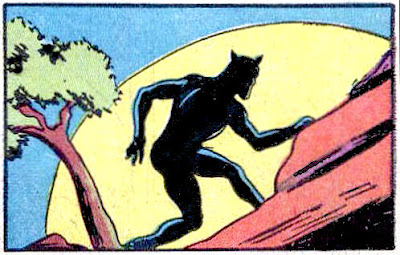 The Fox was an athletic costumed character without super powers. Unless you count having a cool costume containing a hidden camera for taking newspaper pictures of bad guys and evildoers. He was invented by writer Joe Blair and artist Irwin Hasen for Blue-Ribbon Comics, an MLJ anthology comic. The Fox, undoubtedly because of that cool costume, has been revived a few times.

This story, which comes from MLJ’s Blue-Ribbon Comics #9 (1941) is the Fox’s fifth appearance. After a time in the forties MLJ superheroes gave way to the inevitable, and were replaced by the teenage antics of Archie and his pals and gals. 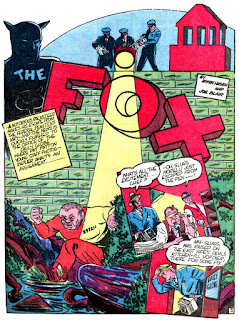 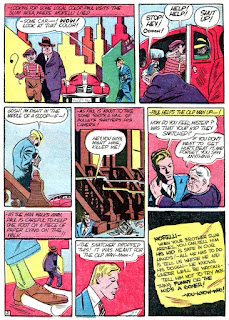 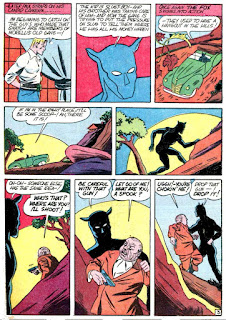 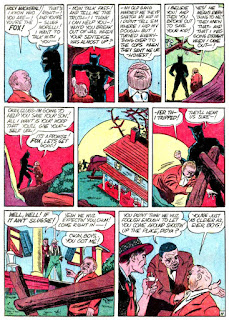 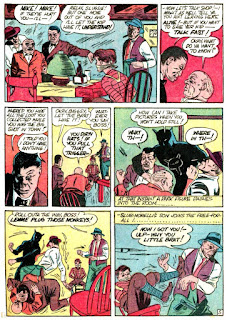 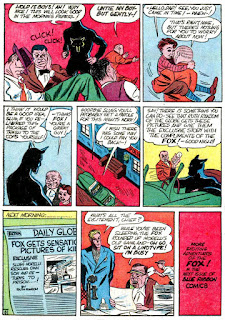 Interesting, Slugs turns out to be ... well, not a "good guy" but a sympathetic bad guy who has turned things around. You don't see a lot of that in 40s comics.

Also: Thanks a LOT, Pappy, for reminding me of the strip Dondi. BRRRRR. That thing always freaked me out! Those big, jewel black eyes!

Brian, what I remember about Dondi, from reading it from the first strip in 1955, is that he was living with an aristocratic old lady whose son brought him back from Italy, then died on his wedding day when his car went over a cliff. Mrs McGowan (called "Missy McGowan" by Dondi) didn't get any warmer for many years, as I recall, and that was what creeped me out the most. I think I saw my mother in Mrs McGowan. Mom came from a well-to-do family, and definitely stepped down when she married my dad. She never let us forget it, either!

In truth, you saw that all the time in the '40s. Once Batman got over his neck-snappin', machine-gunnin' '30s kick, he was regularly running into guys who had fled the rackets only to be framed or blackmailed back in. Sometimes it ended happily (Batman #5, "The Case of the Honest Crook"), sometimes tragically (Batman #12, "Brothers in Crime"), and even Catwoman got in on the action.

Alicia, your comment got me to look at Wildcat and yup! you are correct.