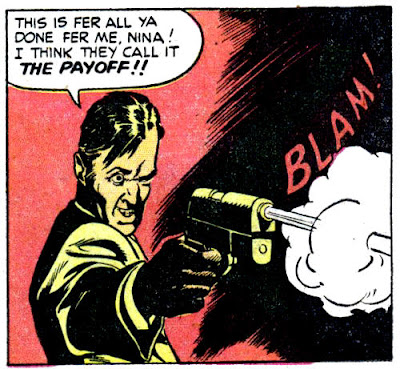 This is the second day in our week of crime comics. If you missed it, scroll down to the Sunday Supplement from yesterday, showing the complete Famous Crimes #1.

So-called “true crime” comics were obsessed by gangsters, killers and thugs who were part of organized crime. Such was the case of Vincent “Mad Dog” Coll, who was a psychopath and killer during the 1920s, getting lots of press at the time because of his association with big-time mobster Dutch Schultz. There were a lot of criminals out there, but some of the same names, including Coll’s, pop up in several crime comics. I showed another story about Coll, drawn by Leonard Starr, in 2009 (see the link). I am a sucker for stories set during that wild period of the twenties and thirties, when prohibition was the law of the land, gang wars were erupting, and newspaper headlines were screaming bloody murder (literally). 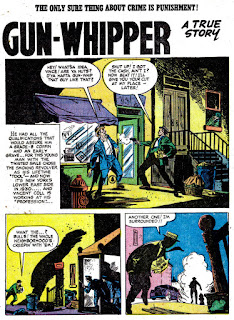 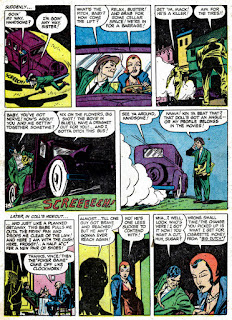 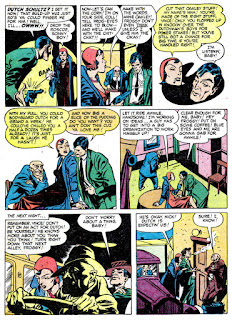 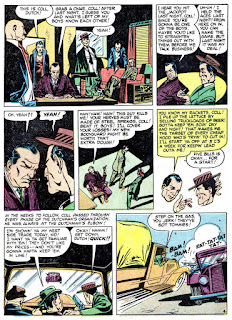 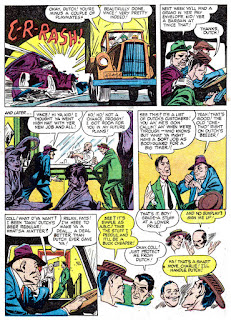 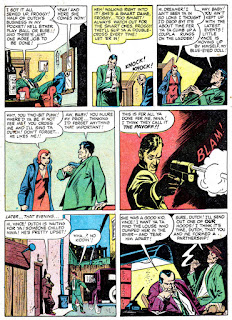 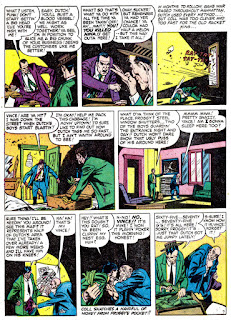 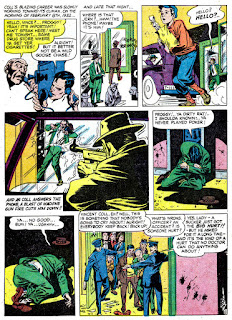 Another version of the Coll story. Just click on the thumbnail. 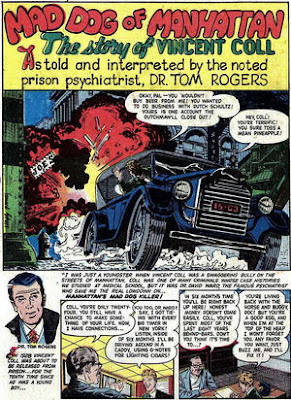 I know it's period costuming, but Nina looked like a super-hero to me the whole time. And shooting a gun out of somebody's hand? Nearly impossible, especially without injuring the other person. That's a super-power!

Gee, the oddly drawn Froggy turned out to be not trustworthy in a crime comic? Shocking!

Brian, shooting a gun out of someone's hand was a trick used by the Lone Ranger in countless TV episodes. Not only was he able to shoot a gun out of a bad guy's hand, he could do it with a hip-shot. He didn't even have to aim. You'd think he would have been less profligate with those expensive silver bullets he was firing.)

I think Nina was va-va-voom in a vampish, flapper kinda way. I don't think Krigstein is given enough credit for being able to draw women.

You have observed the comic book shorthand (as well as movie, and pulp shorthand): if a character is ugly, he's bad.