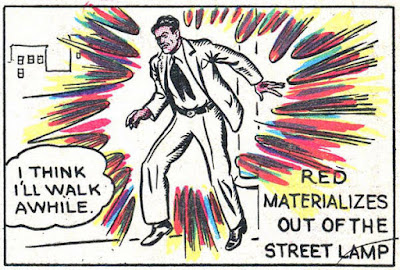 Like many other super heroes with impossible origins (Steel Sterling falling into a vat of molten steel, Eel O’Brian falling into a vat of chemicals and coming out Plastic Man, et al.), Red Roberts got his super powers by being electrocuted in the electric chair. (Kids! Do not try this at home!) Red Roberts was a comic book character, an innocent man sent to his doom by being framed. Good thing they didn’t use hanging as a method of execution in whatever state poor Red got sent to prison.

Red, or Electro Man if you prefer, only made three appearances, in the three issues of Rocket Comics, a very early publication of Hillman Publishing. Hillman later found success with Airboy and a small group of titles. This origin story is from Rocket Comics #1 (1940). The writer and artist are unknown. It means they got away with the crime of producing yet another improbable and impossible origin story for a comic book character, and have safely avoided the execution of public opinion (or at least those of us who read old comic books), by remaining anonymous. 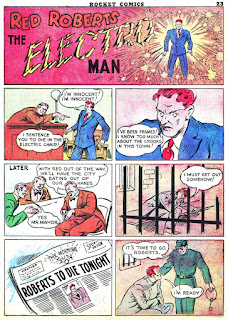 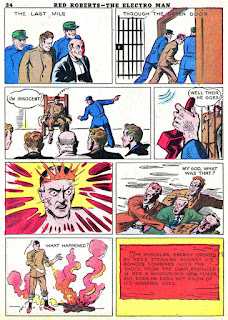 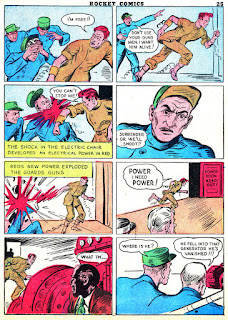 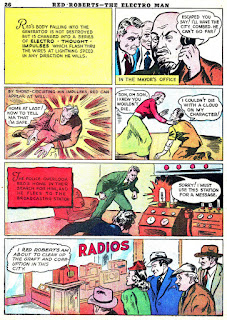 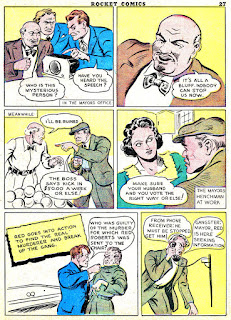 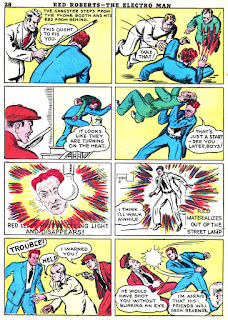 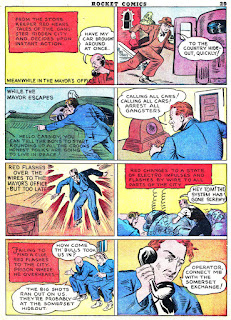 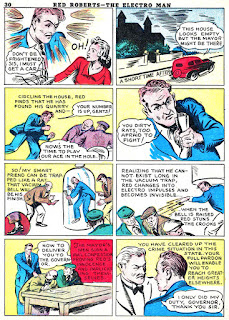 I am of course reminded of Man Made Monster (1941), though Electro has more magical powers that the titular character of the movie.

The panels seems like trading card summaries of an actual story.

Daniel, it seems that 40 years into the 20th century there could still be a fantasy (i.e., Frankenstein's monster) that electricity brought miracles instead of sudden death.

Thanks for the link to Man Made Monster. I love the free public domain movies darn near as much as old comics. I will now go watch it.

Times must be tough when gangsters are forced to lean on snowball salesman for their money. Thanks Roosevelt.