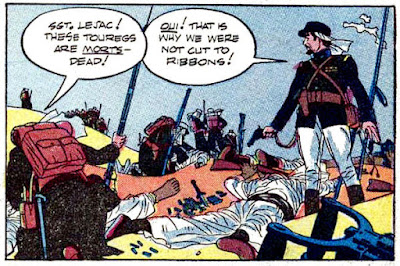 In answer to a reader’s request for more from DC’s short-lived, early-fifties anthology comic, Danger Trail, here is a story by Alex Toth. Not only did Toth draw it, he did the lettering. Characteristic of Toth’s lettering is the use of underlining for emphasis, rather than the usual bold-faced italic used by other letterers.

This story also depends on a literary device I don’t much care for, told from the point of view of an inanimate object, in this case a battle flag. It is a tricky way to tell a story, and in this case unnecessary except to give the main character someone (or some thing) to talk to.

Grand Comics Database gives credit to Robert Kanigher for the script. “Battle Flag of the Foreign Legion” is from Danger Trail #3 (1950): 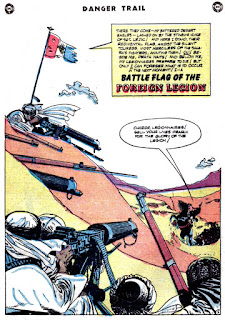 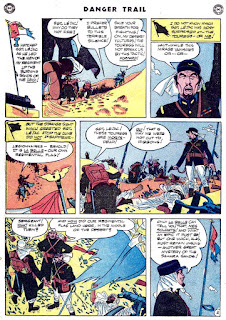 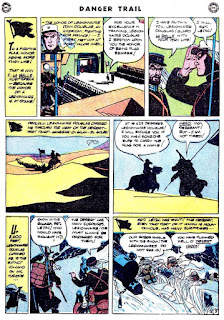 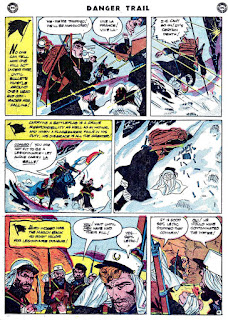 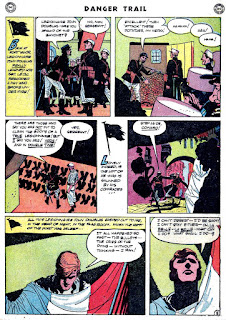 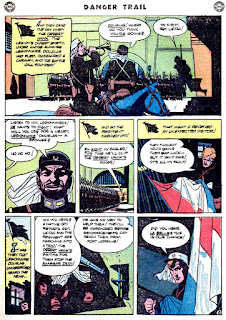 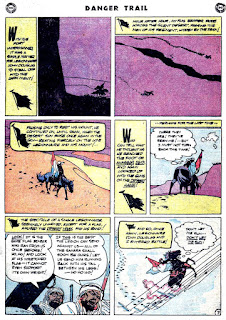 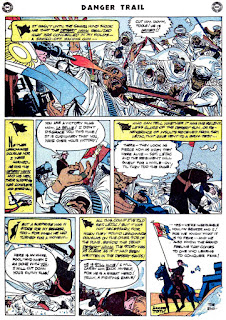 Hi Pappy! Toth was just so much better than so many of his peers back then! I can't seem to recall -- did he ever work for EC?

Brad S., Yep, he did a few stories for Harvey Kurtzman's war books and Two-Fisted Tales. According to the Alex Toth Archives online he did the following: