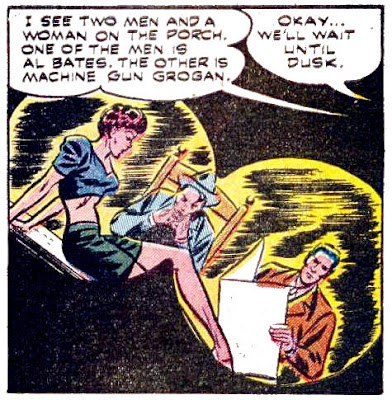 Unlike many crime comics, there is no BASED ON A TRUE STORY! label anywhere In Crime and Justice #1 (1951) from Charlton Comics. But the story of Machine Gun Grogan is based on truth, just not George Grogan. (The most famous person named George Grogan, based on my googling of the name, is a brigadier general in the British Army during World War I. Grogan won the Victoria Cross, so he is not our gangster George Grogan.) The story is based on the famous story of George “Machine Gun” Kelly, and his wife, Kathryn. Why they chose to use fake names for the story I don’t know. It isn’t like famous thirties gangsters like the Kelly couple weren’t fair game for crime comics. See the link below the story for EC Comics’ version of the Kelly story.

The Grand Comics Database doesn’t guess the artist or writer. They use a tagline on the story, “The Wages of Crime is...DEATH!!!” which is true. It is true because the wages of everything is death, whether we live our lives as good, bad or indifferent. (A recent birthday is making Ol’ Pappy philosophical.) 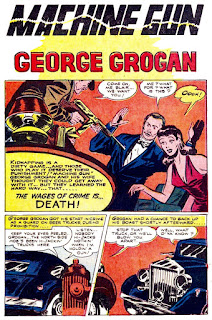 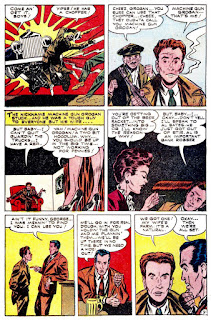 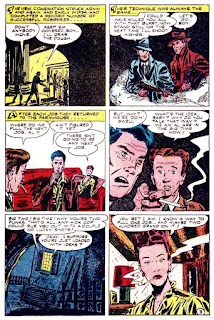 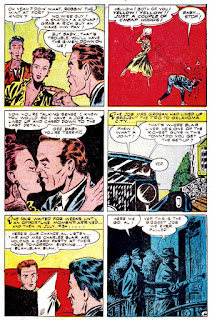 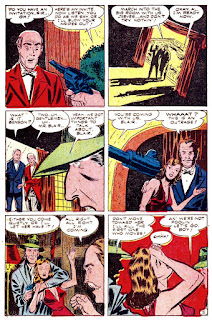 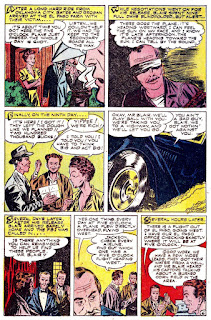 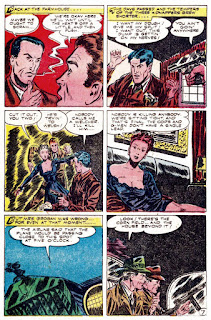 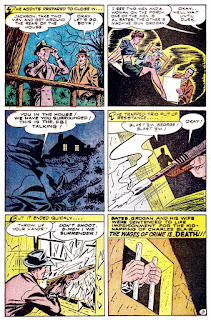 For the EC War Against Crime version of the Machine Gun Kelly story, go to this 2010 posting: 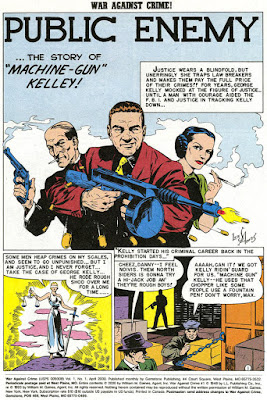 The wages of crime...is death....is bad grammar! That's one thing Wertham got right....

Some odd relations of grammatic number have been smoothed-out since 1611; others have been introduced. For example, “mathematics” often takes a singular verb.