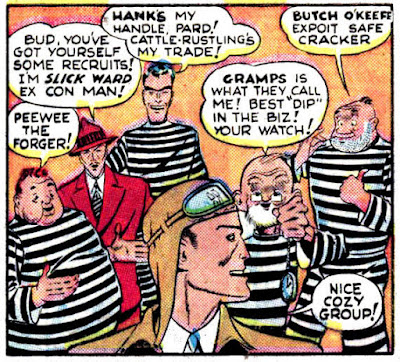 Plastic Man creator Jack Cole is credited with creating Death Patrol for Quality’s Military Comics. The whole magazine was produced by the Eisner-Iger Studio and so I am not sure who had what amount of input into each feature. Blackhawk was the star, and Death Patrol was a filler, lasting until 1946 when it was dropped for Torchy! If ever a feature was sacrificed for the greater good, it was Death Patrol giving it up for Torchy.

Death Patrol reaches a bit by introducing so many characters for only 6 pages, but that was the comics biz of the early years...although the Patrol consists of a millionaire playboy (yawwwnnnn), and some escaped convicts, the introductions are short because it was important to get right to the action. The kids who were reading this didn’t really care much about individual motivation...they just wanted to get to the butt-kicking. 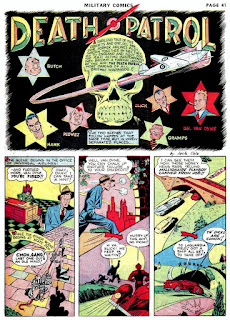 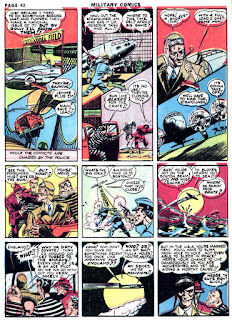 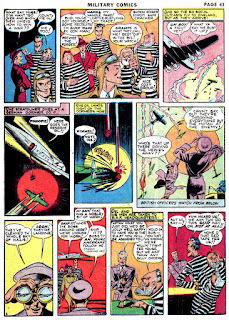 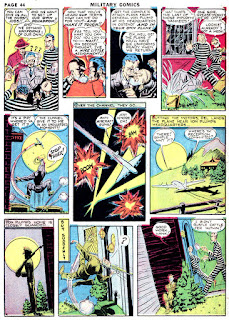 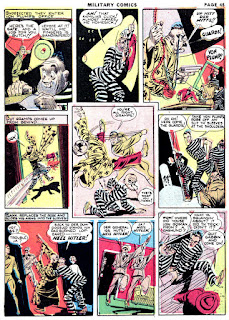 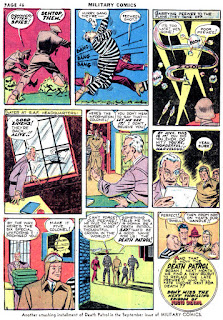 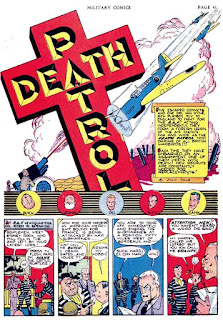 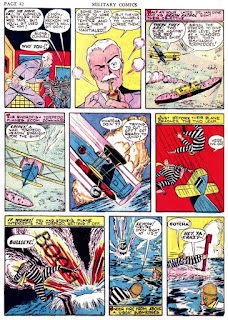 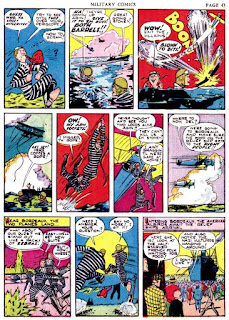 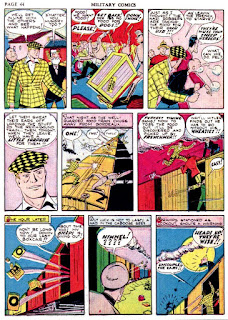 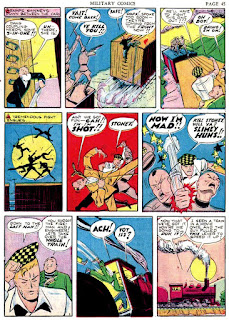 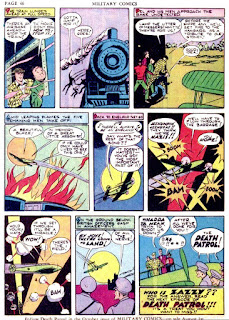 While the original twist to the Death Patrol was that some character or characters would be killed on a routine basis — Cole definitely had a morbid streak, which repeatedly affected his work and presumably fed into his suicide — apparently it was later decided that this principle was too grim to be sustained, or even to have had lasting effect, as previously killed characters were unkilled.

(Of course, André of the Blackhawks was also killed and then unkilled.)

Daniel, I would think it would be self-defeating to have a character killed in each episode, although it would be a hell of a gimmick. Or had it been a constant for the feature they could have handled it like South Park, where Kenny is killed in every episode and alive in the next.