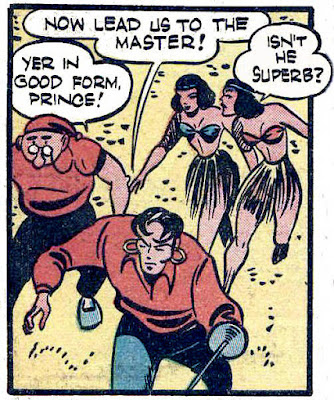 Today is the annual Talk Like a Pirate Day, and while I have a pirate tale, there's no “Yo-ho-ho” or “Arrrrr, mateys!” in the dialogue. It’s from Dick Briefer, with one of his Pirate Prince stories for Daredevil Comics, this one from issue #16 (1943).

We had a Dick Briefer Frankenstein story a couple of weeks and I commented it appeared to have some of Briefer’s attitudes toward bosses. Briefer, as noted before, did a comic strip for The Daily Worker, the Communist Party USA newspaper. There is another such observation for this story, especially page 2, panel 2, when the Master gives an employee two flintlock loads of reduction-in-force, and a hearty Donald Trump-like “You are fired!” Moving away from politics, the tale turns sexy when a bunch of island girls move to seduce the pirate crew for help in getting rid of the Master.

This may not be the most piratical sounding story I could have chosen for Talk Like a Pirate Day, but scuttle my scuppers if it isn’t a treasure chest full of entertainment! 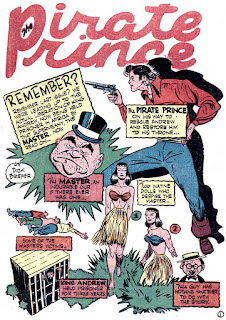 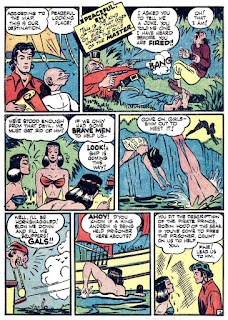 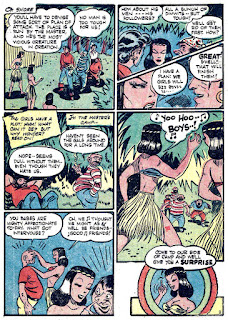 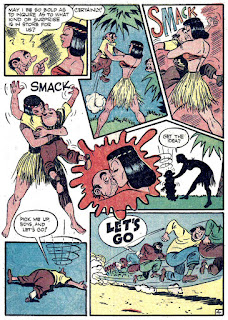 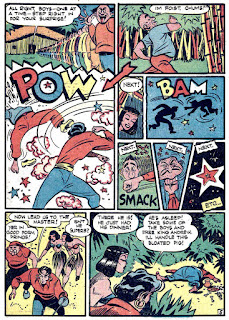 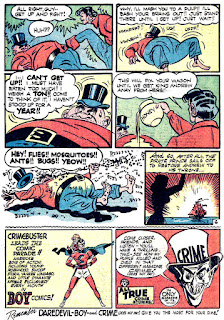 The unsaid "prize" made the line-up of 50 pirates a bit scary! Hopefully I'm not the only person to make that observation, but if I am, I pre-apologize. :)

I'm always charmed by Briefer's art, even when he's trying to draw a bit more realistically (especially with Prince.)

Brian, no need to apologize. You just hinted at what I was thinking. Thanks!

Yeh, each dame having to hug and kiss 16 or 17 guys is pretty grotesque!

Debbie, me pretty: YARRRRR to you, too!

Daniel, especially if you are the last guy in line.