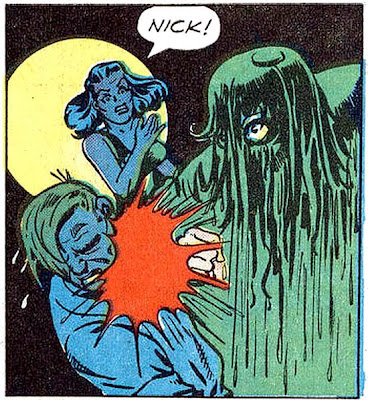 These three well-drawn short stories, all from Police Comics #11 (1942), struck me for different reasons. The first, “Chic Carter,” has a swamp monster (or at least what appears to be). Something shambling out of a swamp, fake or not, gets my attention.

“Firebrand” was the first cover feature of Police Comics. He lost the position to Jack Cole’s Plastic Man. “The Mouthpiece” appears to be one more Spirit lookalike from the company that owned the Spirit. In addition to Spirit, who dressed in a suit and wore a mask, Quality had Midnight and the Mouthpiece. Are there any more blue-suited crimefighters with Lone Ranger masks from Quality I have missed? 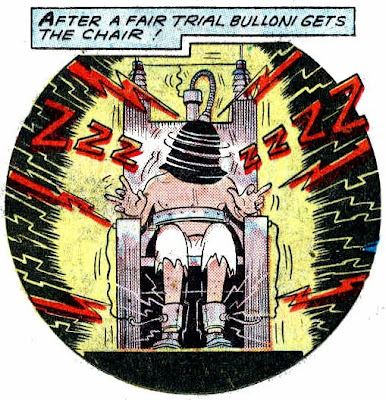 Fred Guardineer, who drew the Mouthpiece, is responsible for the above head-spinning electric chair panel. Fred drew many a similar panel when he went to work for Charles Biro at Crime Does Not Pay. Lee Ames, who drew this episode of Firebrand, went on to a career which included book illustration and how-to-draw books. Vern Henkel, artist on the Chic Carter story, began his career by sending a story he wrote and drew to publisher “Busy” Arnold in the days when comic books were in the so-called Platinum Age. 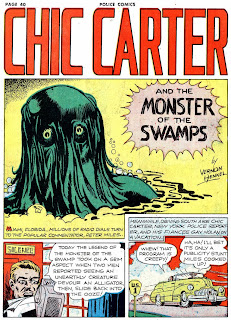 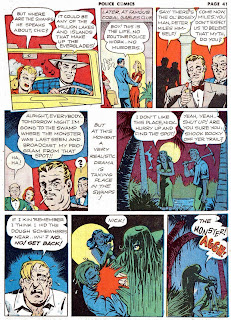 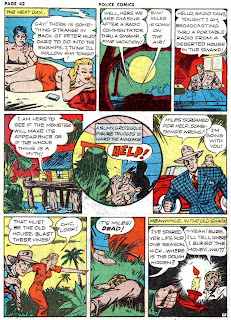 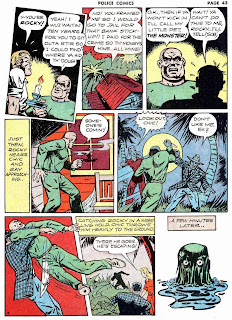 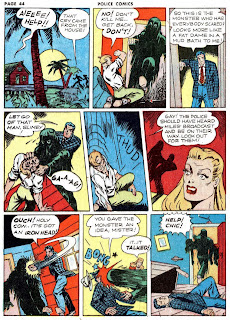 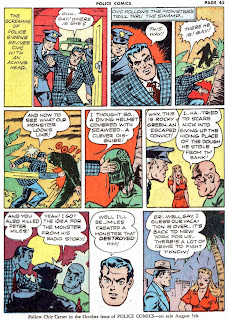 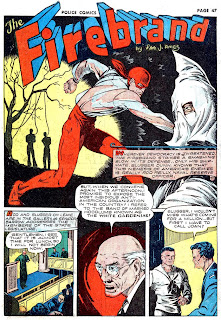 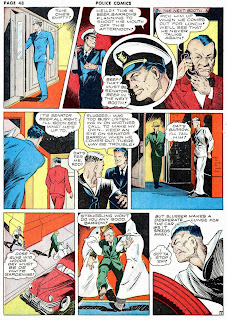 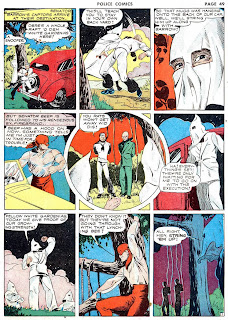 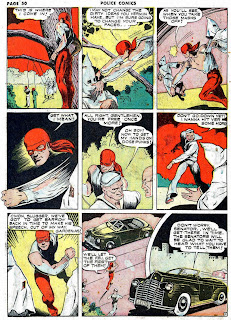 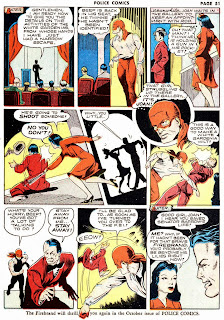 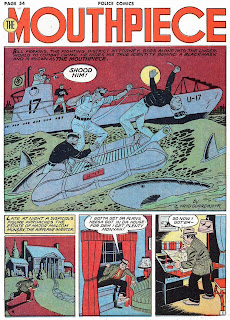 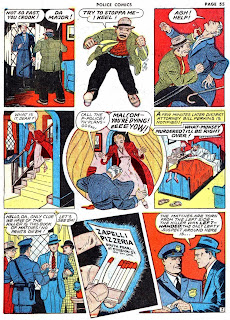 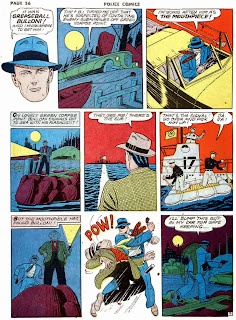 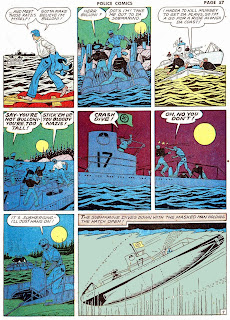 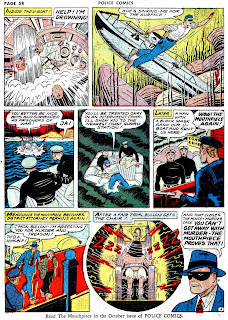 You missed Quality's Midnight in blue suit and domino mask.

Man, I love Fred Guardineer. For my money, his careful, curvilinear mark-making is way more seductive than the other guy's stuff. All these tiger-striped ocean panels are the cat's pajamas. I'm also swooning over the John Singleton Copley reference in the splash. Check it out:

Watson and the Shark image at Wikimedia.org

Although I'm right-handed, I'm apt to extract matches from a book left-to-right.

Two things seem worth mentioning about Bulloni. First, that he seems like yet another ethnically stereotyped character; second, that his name is a homophone for “baloney”.

As to the prevalence of negative ethnic stereotypes in older comic books, I'm genuinely not sure what we need to say or do now. I guess that my principal concern is that people who are in some ethnic group thus depicted would think, if we were silent, that it meant that we were comfortable with the depiction, though I think that silence is better understood as taking it for granted that to-day's readers either know better, or are just beyond our rescue.

I am compelled to applaud Mr. Cavin's identification of the Copley reference.

Thank you, thank you.

Every couple of years I live for a few months in DC, and this is one of the more magnetic pieces in the National Gallery of Art. I've spend a decent amount of time looking at it in person, so I'm sort of geared toward seeing its parallels in the wild, whether or not they are intended (or extant).