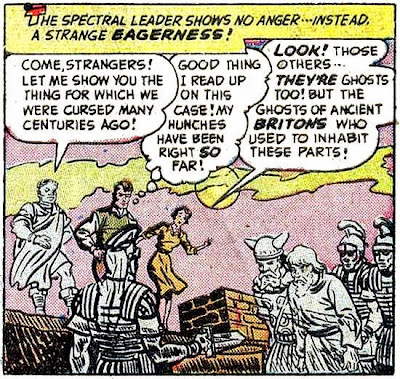 This is one of those supernatural stories that resolves itself at the end by dragging in some power over ghosts of which we readers have not been apprised. In this case it’s the ghost-hunter, Christopher Fenn, who “just remembered” what will defeat the ghosts before they are about to kill him. Note to writers of supernatural stories: Introduce said spell or power early in the story, then use it later. It's storytelling 101.

Despite that glaring flaw in “The Case of the Roman Curse” I like the art. It's drawn by Jon L. Blummer and comes from Adventures Into the Unknown #7 (1949). 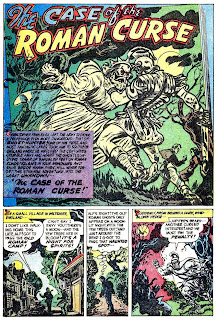 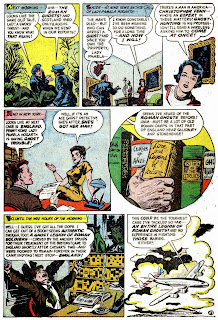 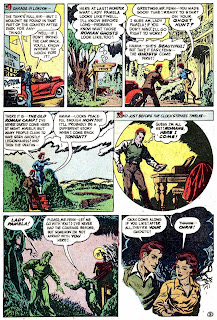 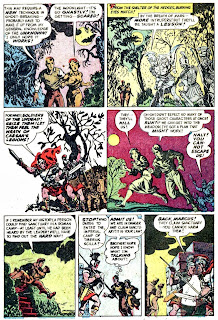 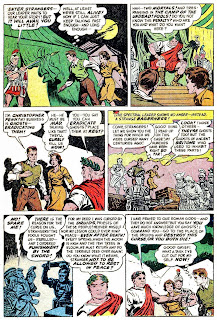 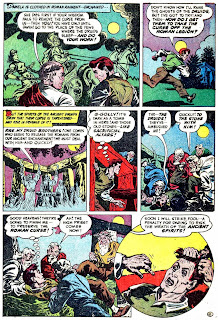 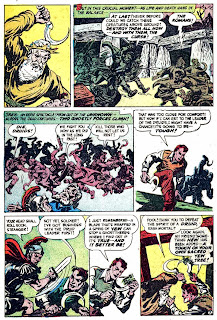 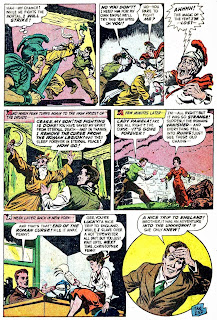 Email ThisBlogThis!Share to TwitterShare to FacebookShare to Pinterest
Labels: Adventures Into the Unknown, Jon L. Blummer