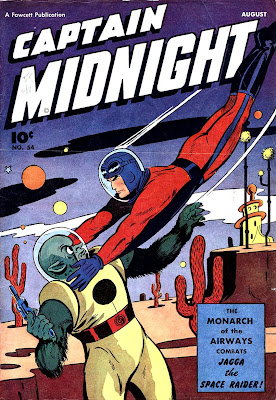 In the 1940s travel into space in rocket ships was fantasy. It was science fiction, like that “crazy Buck Rogers stuff” from comic strips and comic books.

Captain Midnight, a comic book published by Fawcett, did resemble that “Buck Rogers stuff,” which is one of the reasons I like it. Rocket ships buzzing around in space, covering great distances with no more apparent concern than Earthly commuters driving from the suburbs to the city, hostile life on every planet, including asteroids (as in this story), and a stalwart hero who can whup on a whole planet full of hostiles, were a staple of such fantasies. 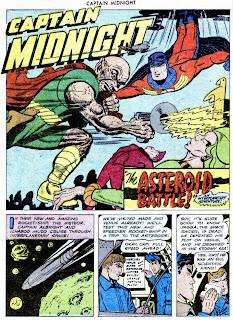 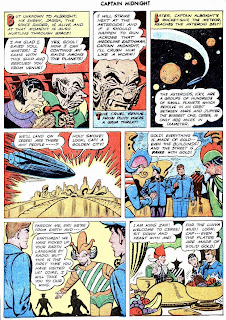 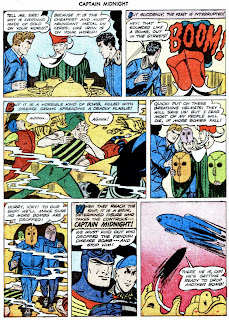 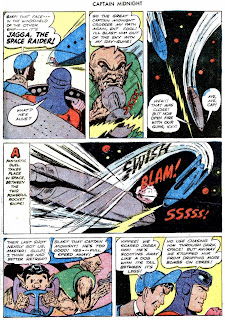 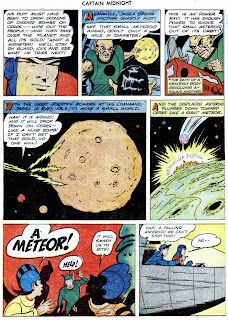 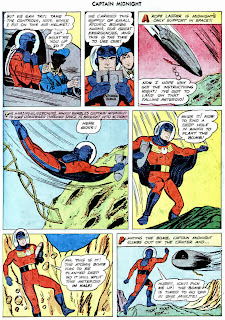 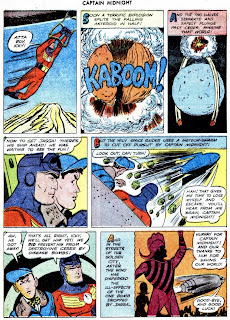 Here is the only other Captain Midnight story I’ve shown so far, a British reprint of another crazy science fiction tale. Just click the thumbnail: 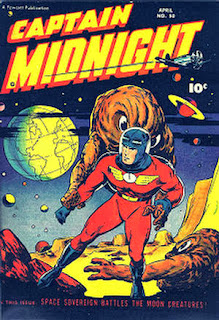 Hamilton Books offers the first volume of the Hermes Buck Rogers reprints, at a really good price. (Be aware that, if one orders online, s&h is 40¢ more per book than if one mails a check.)