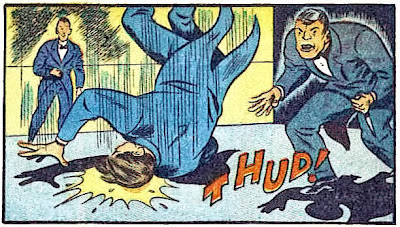 This past September I showed three 1943 humor stories drawn by Harvey Kurtzman. Less than a decade later Kurtzman went on to create Mad and secure his reputation as one of the greatest comic geniuses of all time. The stories showed glimpses of what was to come. To see them click on this link for Pappy's #1446.

Not so these stories, also by Kurtzman. They are crudely drawn superhero stories from Super-Mystery Comics Vol. 3 No. 5 (1943). Harvey was just 18 or 19 when he was a member of the Louis Ferstadt comic art shop. Despite the amateurish quality they are early work by an important figure in comic art history, and in addition I couldn’t resist showing the Buckskin strip, which has some panels of hanged men in a barn. It's the horror comics fan in me coming out. Some years later there were reports that Kurtzman had complained about the horror comics from his employer, EC Comics, saying they would get them in trouble. He was right. I wonder if that was from his experience; perhaps the Buckskin story got criticized for its excesses. 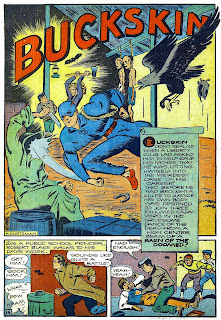 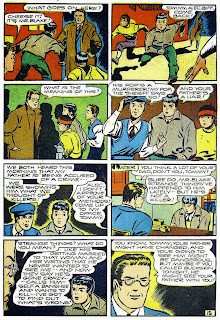 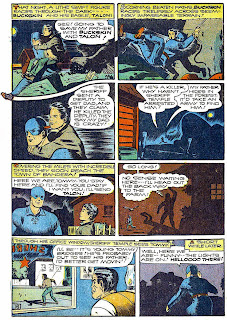 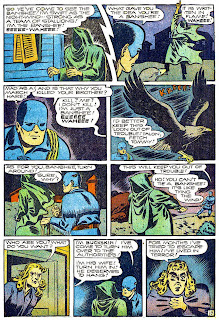 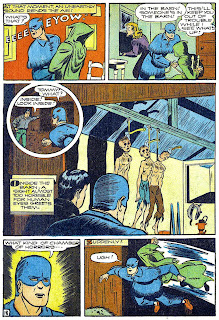 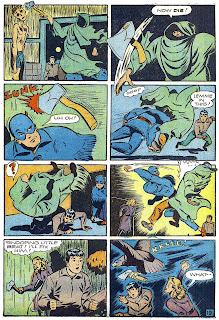 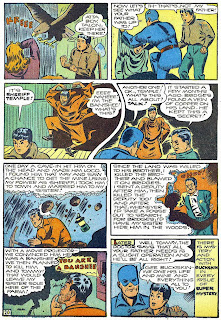 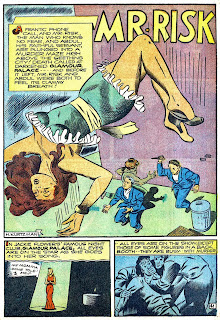 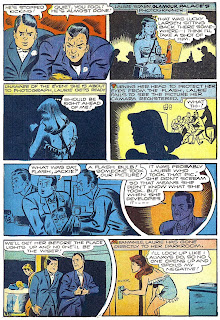 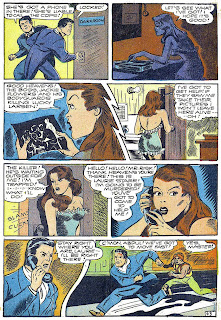 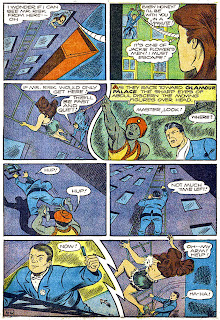 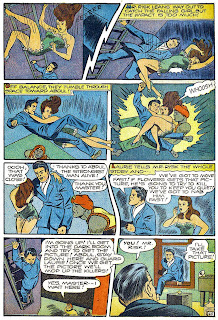 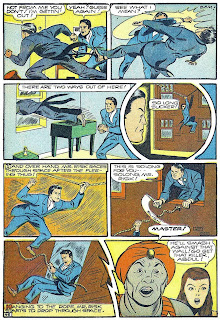 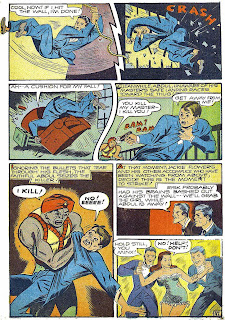 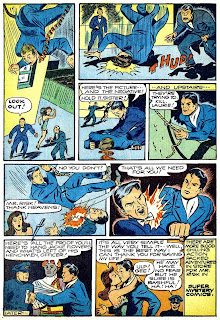 "Crudely" is a bit generous, but Kurtzman certainly spent extra time on the woman in the second story. I guess we know what he was doodling in high school!

I love Abdul. The character is cliche, racist, and murderous! "I kill!" Nobody cares. Cops? Nah, whatever, be on your way! And while Mr. Risk freaks out about getting a kiss (paging Mr. Wertham,) nobody is going to check on Abdul? He just had "bullets tearing through his body!"

What did he do, walk it off?

OMG I didnt know he did srs comix Pappy!!

Sure, Alicia, Harvey Kurtzman did many serious stories, especially when he wrote, edited, (and sometimes drew) Two-Fisted Tales and Frontline Combat; his reputation was with those more serious comics until he created Mad, which was a hit like no other...it certainly determined his career path thereafter.

Brian, Abdul is described as "the strongest man alive" so maybe those flesh-tearing bullets weren't much more than mosquito bites to him.