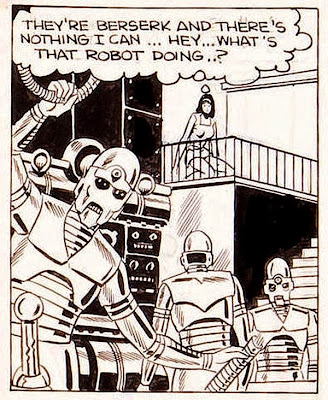 In the early seventies I picked up issues of Charlton’s Midnight Tales for the work of Wayne Howard. Wayne had once been one of Wallace Wood’s assistants. Derivative or not, I liked his work, and thought the early issues of Midnight Tales had fun stories with a sense of humor. I found out later that Wayne was African-American, and that after casting about for work in the era, getting jobs here and there, finally left comics in 1982. On the Prodigy bulletin boards in the early nineties someone who knew Wayne personally told me that he was a survivalist who lived a spare existence and had lots of guns. Wayne Howard died in 2007.

Booksteve had a posting a couple of days ago with a story by Howard. You can find it at Four Color Shadows.

This story from Midnight Tales #18, “The Iron Man,” I found on the Heritage Auctions website. It sold for $262.90 in September, 2010. It shows the care that the artist put into his panels. The photographs of the pages were a bit blurry so I darkened them and sharpened the images a bit. 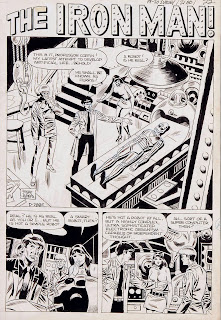 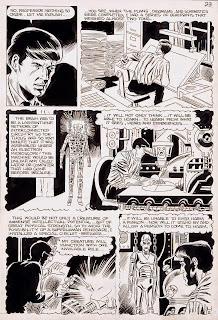 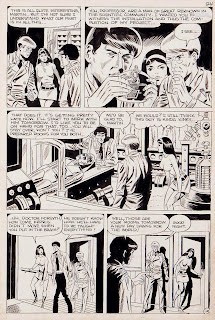 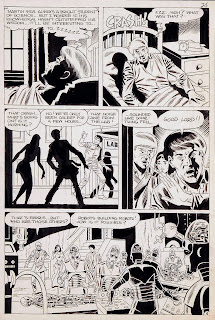 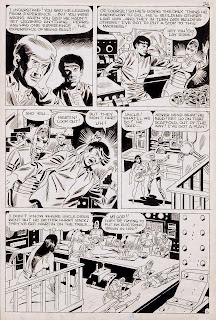 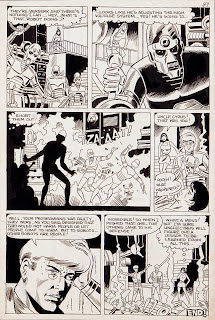 Another depressing story of a comic artist who -- and sadly this time because of his skin color -- was thrown away from the business.

I wonder how he would have turned out if given a bit more time to get out from under Wood's shadow? There's some real amateur problems in the art, page 3, panel 3, shows a lot of the times he wasn't sure what to do with arms, but the basic skill was there and I'll bet that within a couple of years he would have been a top-flight artist.

And, frankly, a lot of artists reflect other artists. There's not many people like Wood out there. Sad.

Brian, I really have no idea whether Howard's skin color kept him from working, or just the nature of the business.

Ah, my bad, but sadly, not a bad assumption. This sentence kind of threw me:

"
I found out later that Wayne was African-American, and that after casting about for work in the era, getting jobs here and there, finally left comics in 1982
"

Because of the way you start it, it seems that you might be implying that his race kept him from getting jobs. Again, sorry for the misunderstanding, but I wouldn't be surprised if it wasn't true in part.

Brian, if someone who knew Wayne could tell us for sure it would help. In the absence of that knowledge, at least one of my guesses would be that the industry kind of left him behind. I saw some of his work at DC in their mystery comics. But a good percentage of the artwork in the '70s anthology comics was done by Filipino artists.

Because of that description I got of Wayne on the Prodigy boards in the early '90s, as a gun collector and survivalist, I visualized him going out into the woods and living as a hermit. I have no idea whether that is true or not, either.

I agree the way I opened that statement could lead you to believe I was charging the industry with racism. Maybe it was subconscious because it is something I have thought of. I wonder sometimes if it exists in the modern publishing world of comics. I hope not.

But you know even if they were racist in Wayne Howard's day no one would have come right out and declared "We don't allow your kind around here!" so if it was racism it was probably kept disguised.

There were many of us who knew Wayne online, but not IRL. He spent a lot of his time in a chat room for a particular video game across many years. He talked to dozens (or hundreds) of people there, and the chat room is still around I believe, with most of the people who chatted with him. The last time I had an online conversation with him was the night before he passed on. I don't recall him even speaking about guns, he seemed too gentle to be a "gun-toting survivalist" and was too connected online to be a hermit. He never did mention his comic work to me, and I am told that he didn't like to discuss it, which perhaps hints at some negative feelings or experience.