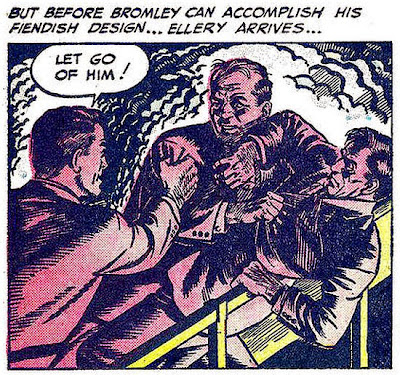 The literary character, Ellery Queen, created by Manfred Lee and Frederick Dannay, was a detective who solved mysteries using deductive logic. The books I remembered always featured one of those scenes where all the suspects were placed in a room and Ellery would expose the killer. It’s been many years since I read an Ellery Queen novel, but I can tell you they weren’t like this story from Ziff-Davis’s Ellery Queen #1 (1951).

The premise is fairly simple, involving those obnoxious chain letters, scams that used snail mail years ago, and then through e-mail. But the ending is one of those “What th — !?” denouements that defies explanation. It comes out of left field, that’s for certain.

Grand Comics Database doesn’t have any guesses on the artist, nor do I. 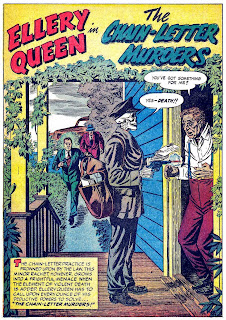 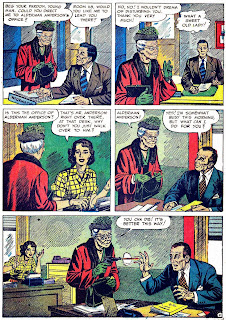 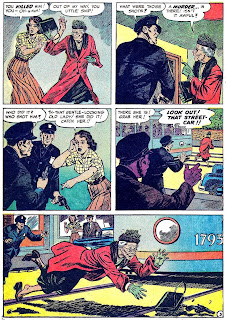 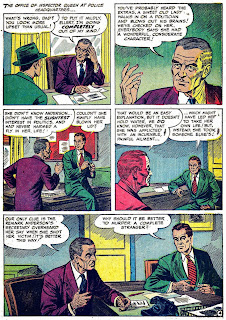 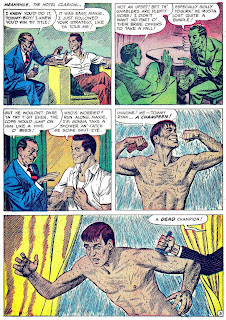 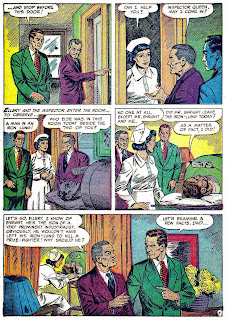 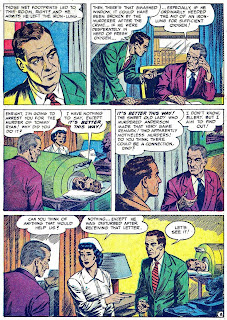 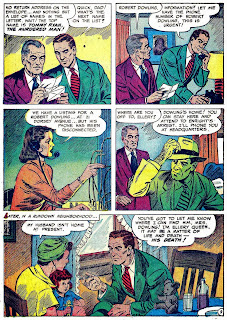 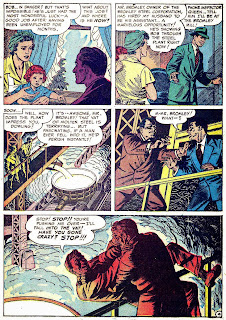 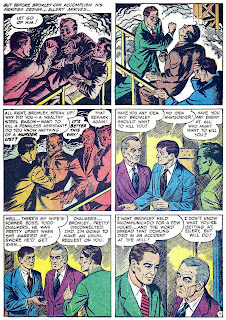 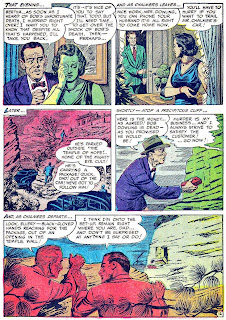 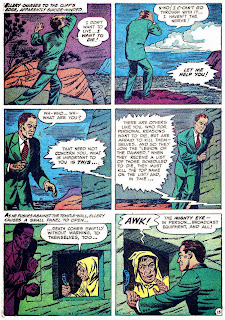 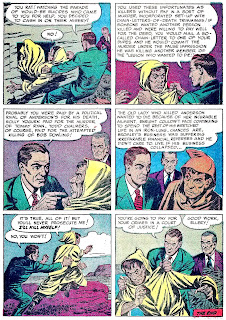 ***********
Ellery Queen, played by actor Jim Hutton, had a 22-episode run as a TV series in the 1975-76 television season. I enjoyed the show except for one episode, “The Adventure of the Comic Book Crusader,” putting Ellery at odds with a nasty cartoonist played by Tom Bosley, who is doing an Ellery Queen comic book. The story is set in 1947. 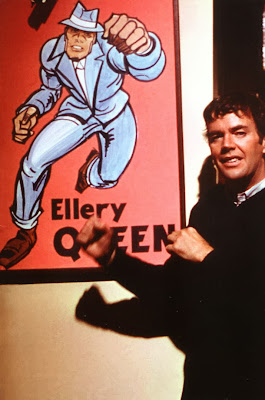 I watched the episode again recently as part of a DVD set of the series, and my opinion of the episode had not changed. The producers hired some hack to do the supposed “comic book” artwork, and said hack just swiped Jack Kirby. And poorly. My thought now, as then, was why didn’t they just hire Jack?

Not only that, they swiped the Raquel Welch pose from One Million B.C. for the poster of “Lola the Jungle Princess.” 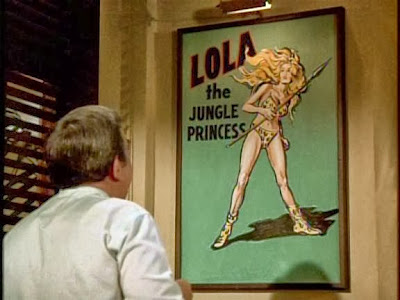 How hard would it have been for someone on staff to do a little research in the production of comics to call DC or Marvel and ask how original comic artwork looks? The story presents the artwork as being large, loose individual panels, put together into page form. Not only did they not do even the most elementary research, they didn’t even do much studying of actual comic books, or they’d know that speech balloons and lettering aren’t this amateurish. A real-life letterer who turned in a job like this would have been fired on his first day. 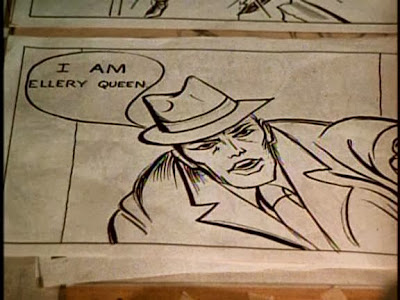 It shows how much this television episode bothered me that nearly 40 years later I’m still bothered. Maybe at the time it was originally aired it gave some industry pros a few laughs.

I featured the other story from this comic some time ago. Just click on the thumbnail. 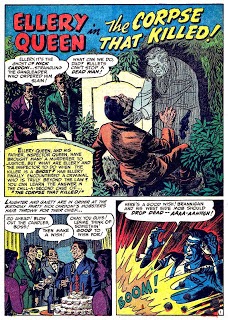 Wow. That's just awful. From start to finish. There's so many leaps of sort-of-kinda-of logic in that, it's barely a detective story.

The broken window was somebody that needed oxygen? Like there's really less in the office building? And the guy in the iron lung could barely stay out of it but somehow made it up the cliffs outside of town? And that's just in the first couple pages!

If I was the rights holder I'd pull the license before another one of these comics were published!

Brian, EQ had a short run of two issues, so maybe you hit it on the head, and the rights-holder pulled the plug. A few years later there were a couple of Dell issues, but I don't remember much about them.

I have a vague memory of that Ellery Queen (nice to know it's on DVD) episode you mention. Wasn't Walt Kelly's work also swiped? Or maybe it was just a character based on Kelly and he drew in the exact same style?