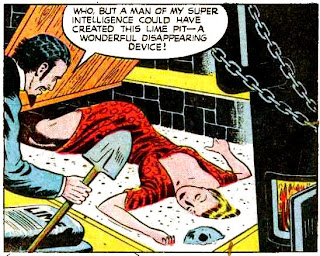 
The Dark Horse book, Blackjacked and Pistol-Whipped: The Best of Crime Does Not Pay, is available as of September 6. You can see a preview at Amazon.com. It looks like a must-have, double-bag item for me, a fan of crime comics, the more lurid the better.

And that's what we have today! "Master of Murder Castle," drawn by Fred Guardineer in his precise style, emphasizing the horrific story of a true serial killer, H. H. Holmes, who lived--and killed--in Chicago in the early 1890s.

As an add-on, I'm including some pages from Rick Geary's terrific book, A Treasury of Victorian Murder: The Beast of Chicago, published in 2003 by NBM. Geary, who has a real feel for the era, has done his usual superb job with his pen-and-ink drawings, evocative of steel engravings of that time. His story of H. H. Holmes is a not as lurid, but no less fascinating. Geary has a series of these books of famous murders and I highly recommend them.

I haven't seen the Crime Does Not Pay book, but I also recommend it based solely on the preview. 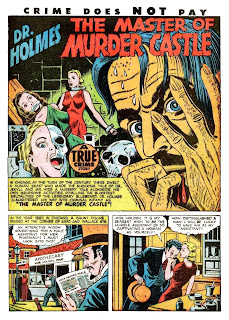 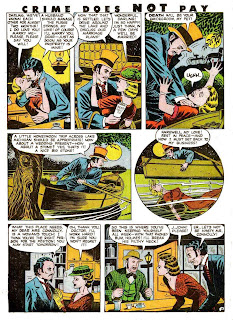 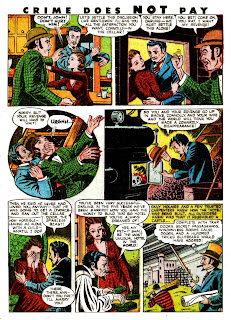 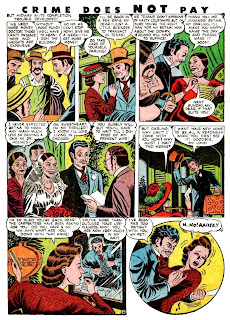 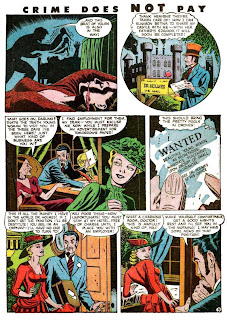 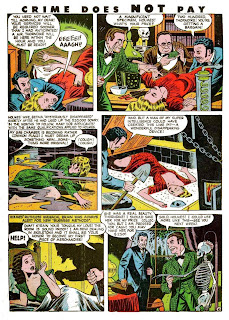 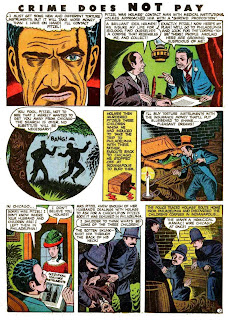 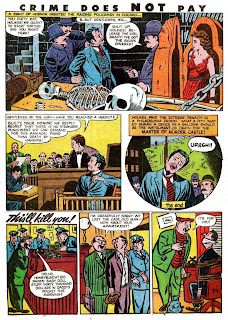 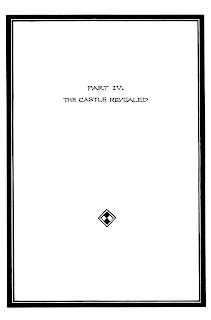 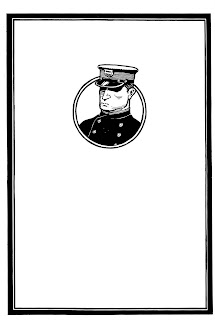 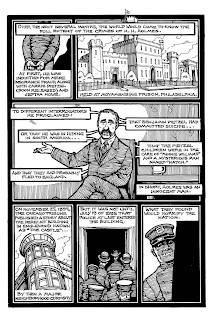 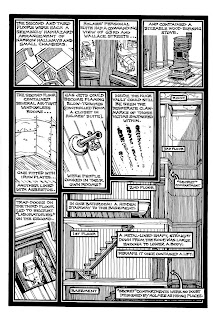 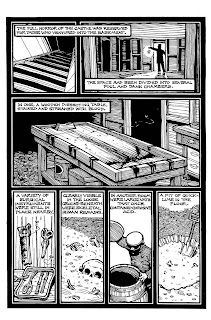 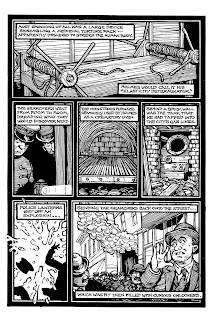 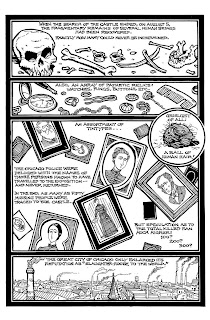 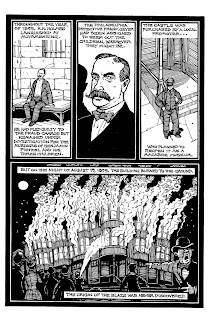 Geary, who lives in or near San Diego (where I am), does lots of stuff for local publications. It always seems odd to me to see his stuff on the cover of the local compute magazine or whatever, as to my mind he is a world-class illustrator.

In the early '80s at a San Diego Comicon Geary gave me a handful of mini-comix, which were excellent examples of his superb work. I haven't seen them reprinted anywhere. There is probably a lot of Geary artwork out there in obscure publications.

I agree with you that he is a world class illustrator. I'm also not surprised that art directors in your area would seek him out for assignments.

Pappy: Those Geary pages are brilliant. Imagine that. Not a spot of blood or a single bit of gore - yet the story is one of most chilling and frightening I've seen in awhile anywhere. After seeing the precise catalog of various utensils, paraphernalia, and mortal detritus; the single panel of Holmes sitting calmly in his cell gave me a real chill. Great stuff.

Mykal, for the reasons you mention, plus just the uniqueness of his art style, I think Geary is one of the best contemporary comic artists today. The best part is we're blessed with him following his own muse into the stuff that fascinates him most.

I recommend that anyone interested look at his series on Victorian Murders, done in a series of graphic novels from NBM.

When looking at his books I'm reminded of Leo McKern as Horace Rumpole intoning, "Oh, for a nice, juicy murder."