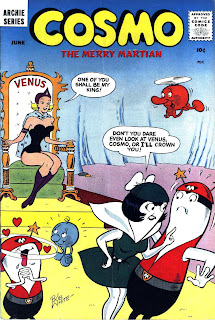 
Cosmo the Merry Martian and Venus, the Queen of Venus


Presenting today, Cosmo the Merry Martian #4, from 1960, written (presumably) and drawn by Bob White. Since the series only lasted six issues we're 2/3 of the way through the run. I know I've been dilatory about getting these scans done and posted, Cosmo fans. What can I say, I'm slow.

Queen Venus of Venus causes some sexual jealousy in Cosmo's Martian gf, Astra. And why not? Cosmo, as well as his little buddy Orbi, and the Oog moonmen are all smitten by Venus's swimsuited beauty. Astra leaves in a huff, and later it develops that Venus wants Cosmo for the king! Poor Astra. Well, anyway, it works out. As I've mentioned before, the Martians are shaped like phalluses,and Cosmo is the biggest of them all. No wonder Venus wants him. 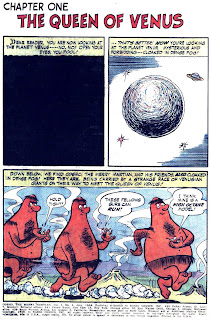 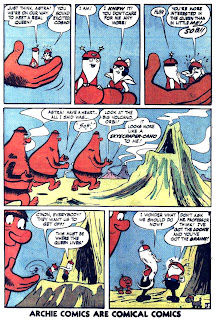 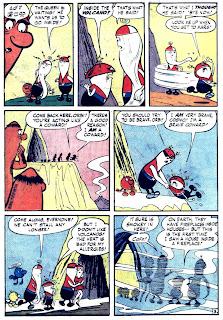 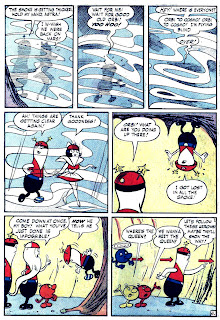 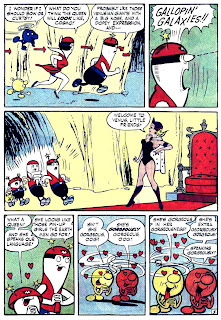 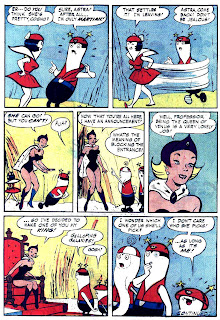 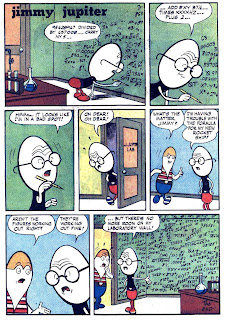 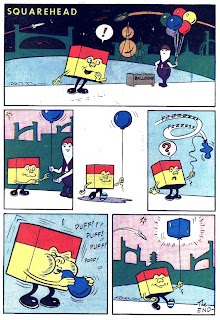 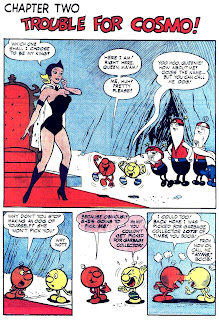 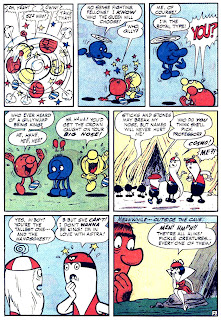 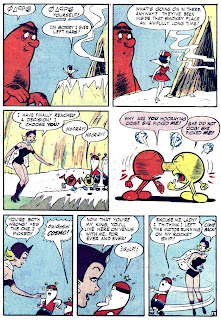 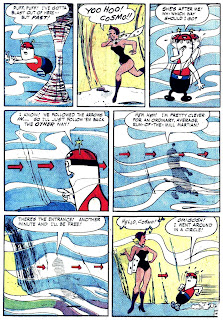 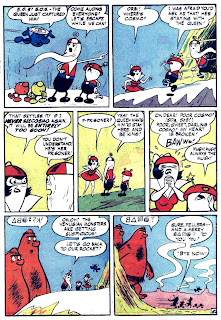 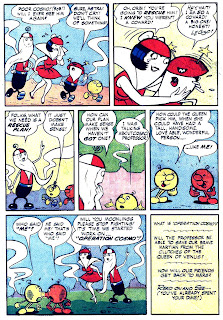 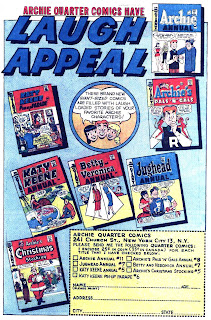 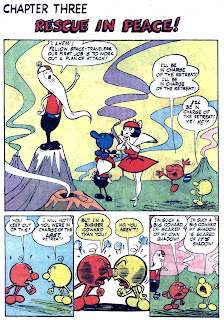 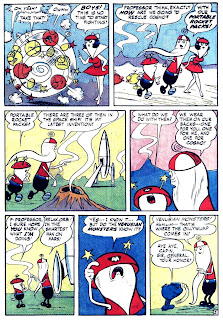 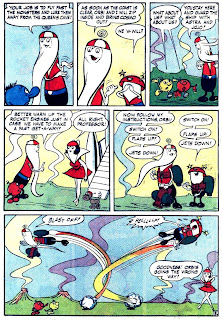 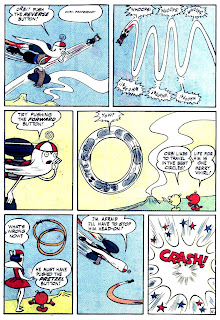 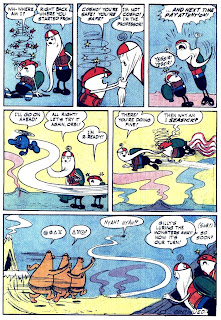 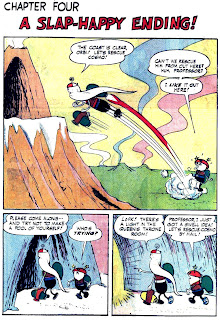 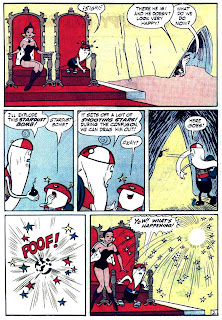 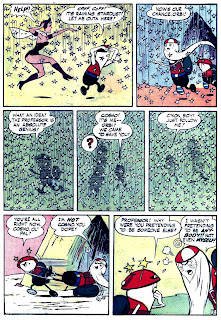 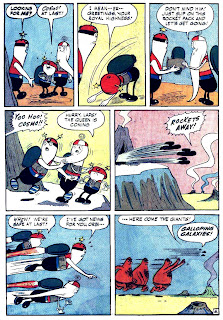 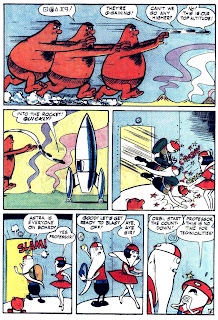 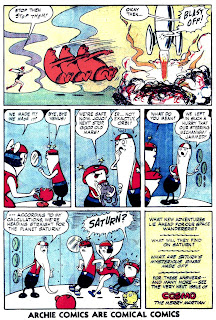 Go ahead to Cosmo the Merry Martian #5. Just click on the thumbnail: 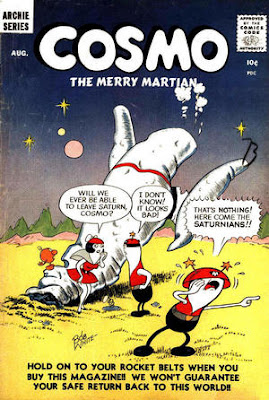 I am always amused by artists who do a better job of drawing young women than anything else. I find it suggestive as to why the person back and artist in the first place. And, well, who could blame 'em?

Daniel, see all those ads in old comics and magazines: BE AN ARTIST. They show a guy drawing a pretty girl in some state of undress. Not subtle, and probably very effective.