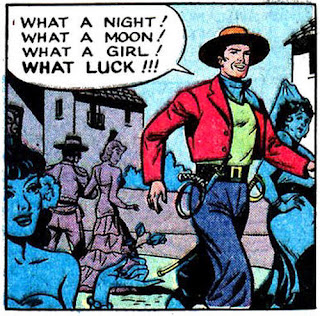 
Jon Juan, which came out in 1950 under the Toby Press imprint, was either a one-shot or failed after one issue. Or maybe Alex Schomburg, who did the artwork for Jon Juan, decided drawing pages of comic books wasn't his thing. He'd done some of the most famous and greatest covers of the Golden Age. Here are two of my favorites, one done during World War II, one after. 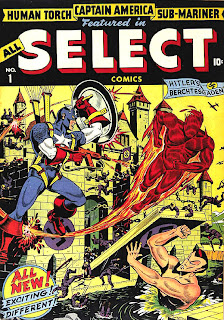 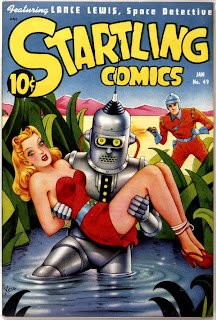 Jerry Siegel, hyped on the cover as "the originator of Superman," wrote Jon Juan. I'd heard of the comic, but had never seen it until I ran across it in an IW reprint comic from 1958: Dream Of Love, where these two stories appeared and where I got my scans.

Jon Juan is an Atlantean, a great lover, thawed out of the ice he had fallen into when jealous men tried to kill him. He goes throughout history making love. Wow, what a vocation! "He's just a gigolo, and everywhere he goes"...errr, anyway, I give Siegel credit for some very funny writing. I'm sorry Jon Juan wasn't a hit. The idea of a guy going throughout history chasing women appeals to me, and it's obvious Jerry Siegel had a way with the flowery dialogue of a romantic swain. As Jon Juan himself puts it, "Can I help it if their neglected women cast lovelorn glances in my direction? Can I be blamed if my nimble tongue sought out the proper words to solace thwarted femininity?" I couldn't have put it better myself. 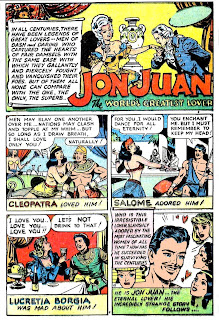 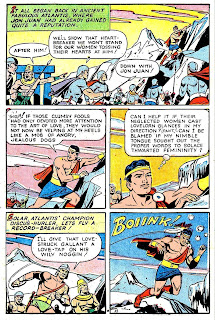 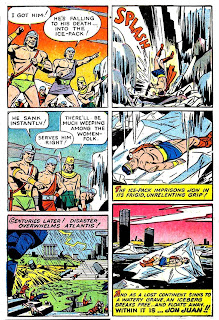 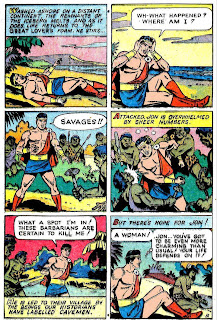 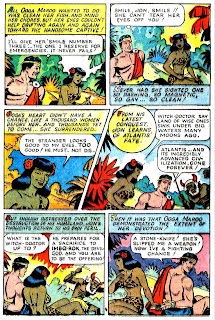 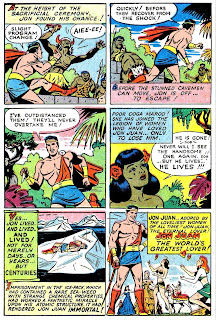 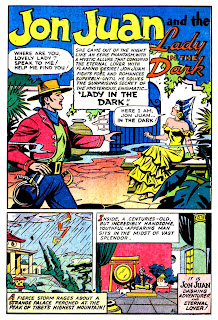 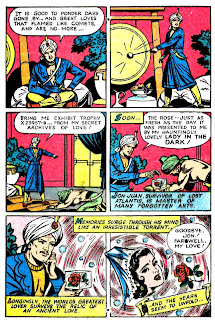 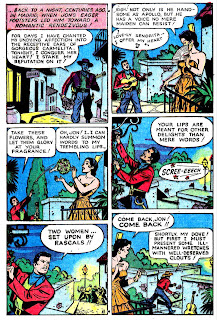 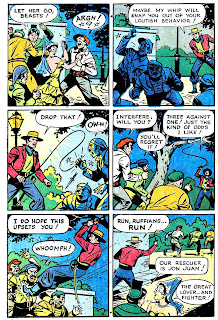 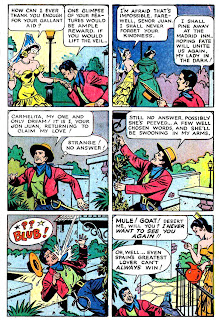 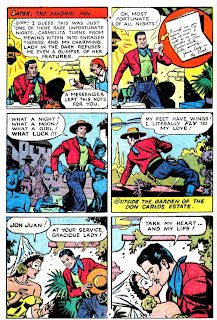 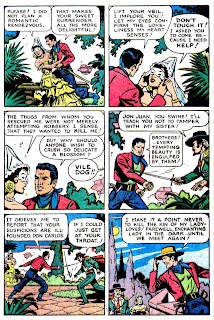 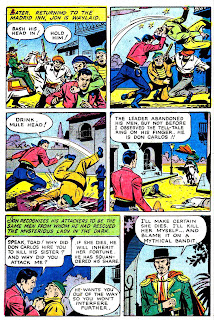 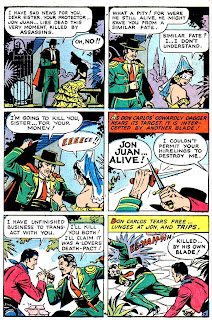 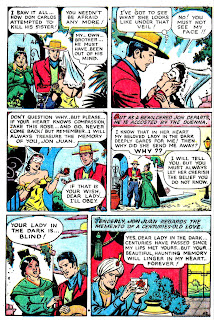 Who was that book marketed to, exactly? Superhero fans? Seems unlikely, though maybe such fans in the 1950s were more broad-minded (no pun intended) than many would give them credit for. Was this perhaps targeted to the romance comic crowd? I'll say this, Jerry Seigal was no one-trick pony (though one particular trick of his was WAAYY more lucrative than all the others.)

A strip like this would never get off the ground these days, so it's great seeing this kind of stuff. Thanks, Pappy!

Kirk, hard to say who Jon Juan was marketed to, but it could have been one of those ideas that looked better on paper than on the comic book racks.

Personally, I think it's brilliant stuff. Funny and beautifully drawn. Maybe it was just too off-the-wall and didn't find an audience.

Chuck, maybe if Jon Juan was a hardcore sex comic it would have a chance nowadays.

Is that Bender "Bending" Rodriguez on that cover