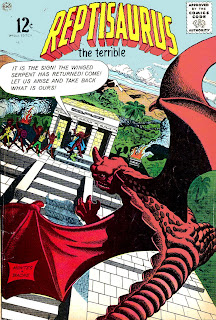 
Reptisaurus and the jungle love triangle


This entertaining Charlton comic is new to me, even though it was published in '63, when I was visiting the comic book spinner rack in my local drug store every week. I missed a monster book where the monster, Reptisaurus, is almost a bit player in the story, and the main plot involves a love triangle. Rich man, his blonde fiancée, and a white hunter who bags the babe! Oh yeah...they also figured in some Aztecs who worship Reptisaurus.

The artwork is by Montes and Bache. I don't know the work of Bill Montes at all, and what I know about Ernie Bache is that he worked with Dick Ayers during Ayers' original 1950's Ghost Rider days. A quick search of the internet didn't turn up any information on Bill Montes, and all I found about Bache is what I already knew. If anyone knows if these two men are still around please let me know.

A criticism I have is of the ashen gray the colorist made the Aztecs. I know this portrait I found online is heroic, glorified artwork, but it's probably closer to the real Aztecs than Charlton's colorist made them. 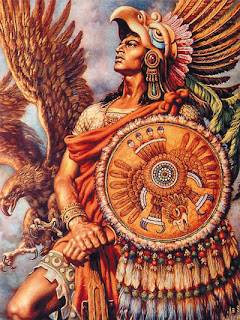 There were 6 issues of a Reptisaurus comic in 1962; Montes and Bache drew the last two issues, preceding this "special edition." From Reptisaurus Special Edition #1, 1963: 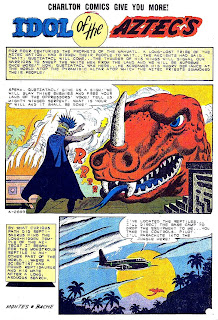 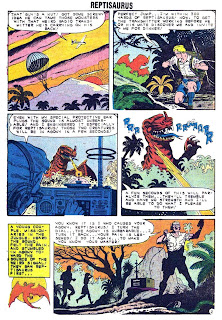 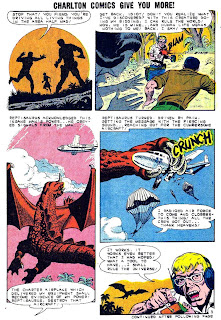 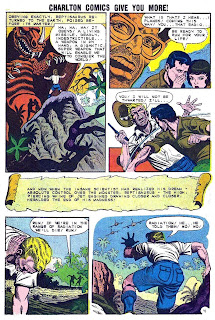 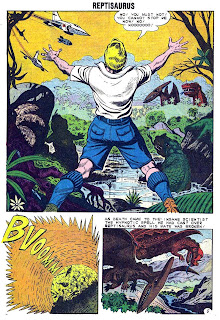 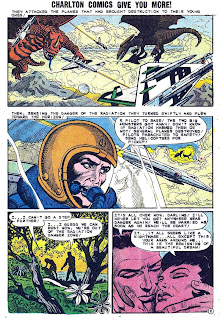 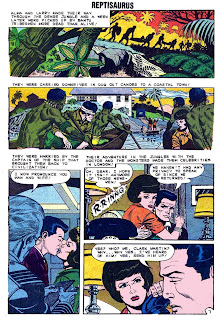 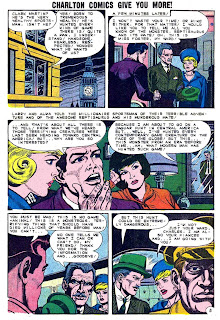 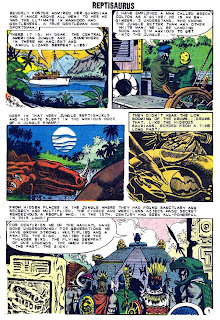 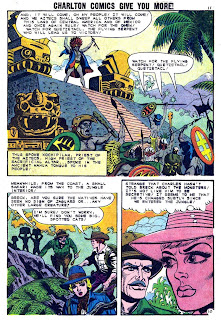 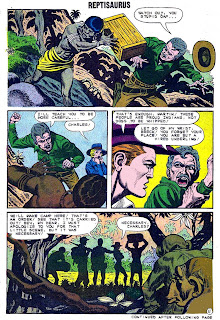 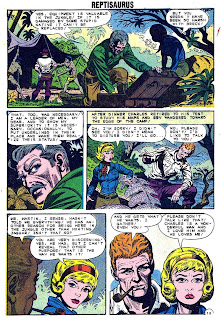 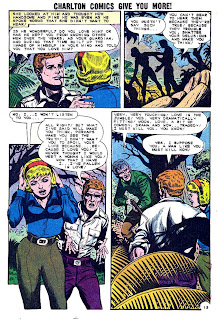 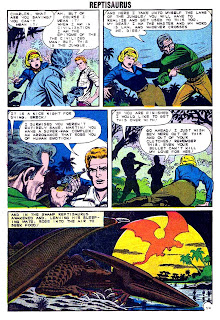 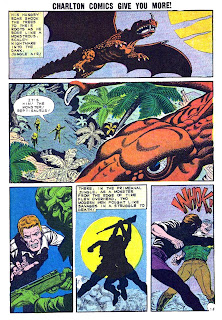 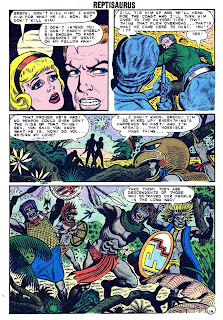 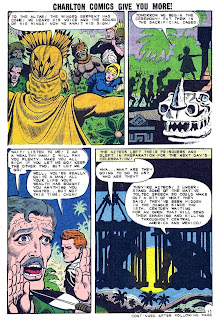 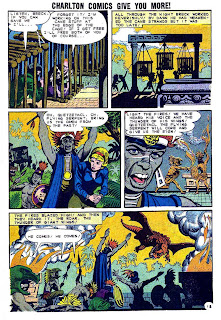 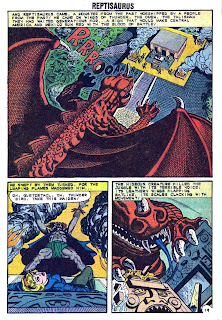 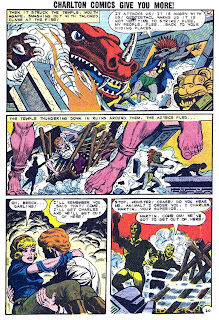 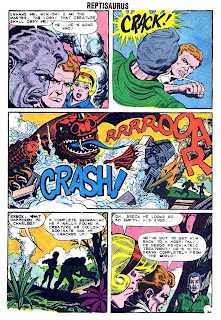 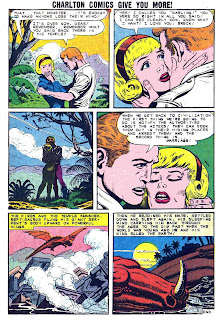 Ernie Bache also inked this four-page humor strip from Charlton's Abbott and Costello #5, penciled by Grass Green. Grass was an early member of comics fandom, one of the first fans to attempt to turn pro. Most comics companies were by then closed shops, and what work he got was sporadic at best. I think the Steve Skeates script is funny, and Grass' artwork with Bache's inks serves it well. 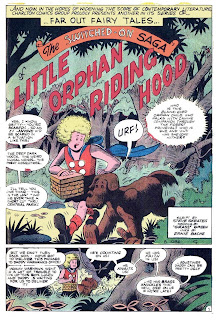 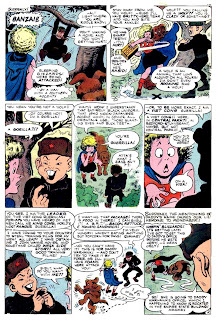 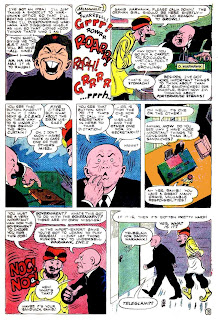 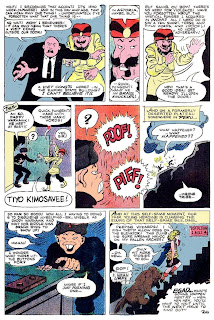 Didn't Marvel color all their "colored" (Sorry!) characters that same ashen gray in the early '60s? Certainly Gabe of the Howlin' Commandos was that tone.

M. Bouffant, yes, and I remember a letter from an African-American reader who was critical of it in an early issue of Sgt. Fury. The same colorist was probably working for them in the '50s, also, because I see that ashen color on the Africans in some issues of the Atlas jungle comics of the time.

Even today, a few comic strips use some bizarre ashen skin shade that never occurs in real life for non-white characters. Weird.

Thanks, Billy...I appreciate that information on Reptilicus. I should have included that but I missed it.

Reptisaurus looks very fun! Can't wait to read the comic. Many of the panels suggest Montes and Bache were studying/swiping the poses, jungle-renderings and anatomy-style of Burne Hogarth.

There are several panels I could point out, but the close-up running feet on page 20 was the giveaway for me.

It's all very nice artwork and what a gem of a post. Thanks, Pappy.

HEH, if a guy's gonna swipe, swipe from the best!

Playing catch-up here, Pappy. What a terrific run of posts you've presented us with the lately.

Both of these are awesome stories and I'm glad to have seen them.