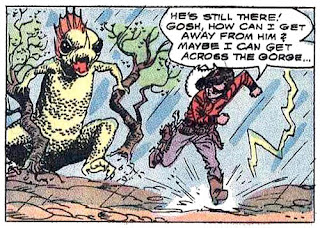 
Readers, I see the scrolling viewer that has given me so much heartburn this past week is gone. Did Blogger get feedback that convinced them to go back to the old way? My biggest complaint was when going into my archives it was a hassle to read my old postings. StatCounter showed that total readership for this blog was down by 1/3 this past week. I suspect it might have been that viewer.

And now, as they say, back to our regularly scheduled program...


Lee Elias had a varied comics career from the 1940s to the '80s: artist's assistant (George Wunder, Al Capp), syndicated strip (Beyond Mars), comic book artist (Fiction House, Harvey, DC, Warren, among others), and in his later years, a magazine illustrator and painter. In comic books Elias' work shows up in love, war, science fiction, horror and mystery comics, not to mention the sexy masked Black Cat, or a space hero like Tommy Tomorrow. The two stories here are a couple of those little gems from DC's mystery-science fiction comics of the '60s. "My Brother Is A Robot" evokes the Adam Link stories of Eando Binder, and is a poignant tale from 1960's My Greatest Adventure #42. It has a gorilla, too. A plus for me!

"Bang! Bang! You're Dead!" is from Tales Of the Unexpected #102, 1967. This story has a young protagonist able to see invisible monsters with a pair of mysterious glasses, and not believed by his parents.

Elias' versatility as an artist shows in both these stories. "Robot" is inked with a brush, the favorite tool of comic artists since the days of Milton Caniff, a style with which Elias excelled. He used a pen for inking "Bang!", filling in black areas with the brush. Either way works, although "Robot" appears smoother and slicker with its tight brushwork. The pen brings out some dynamics in "Bang!" with the shorter, looser strokes of the pen. 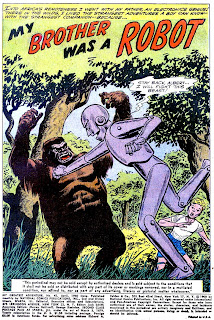 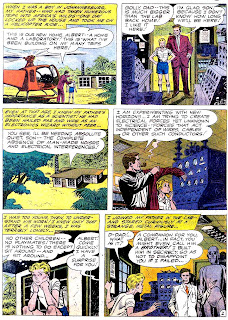 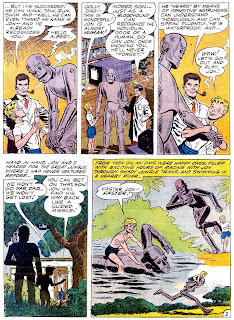 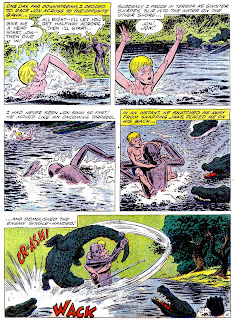 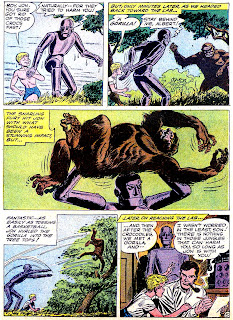 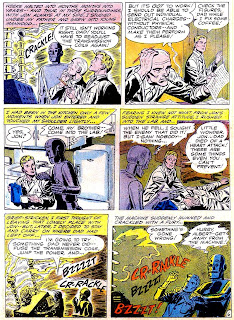 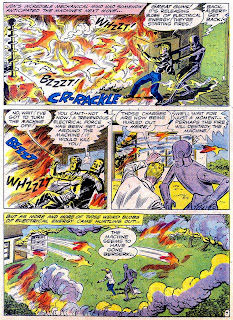 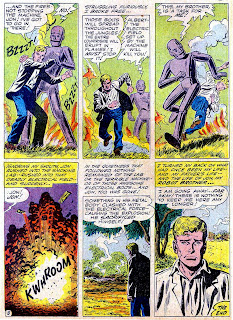 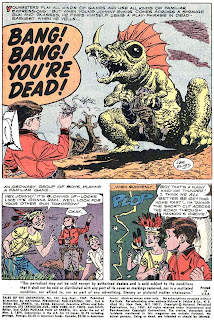 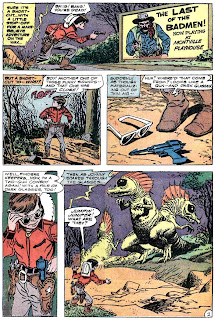 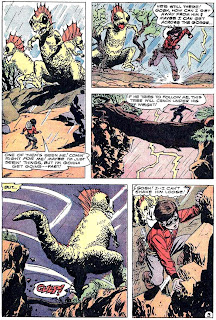 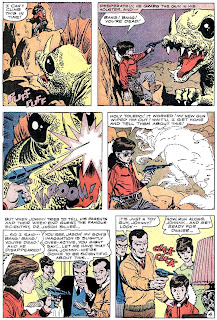 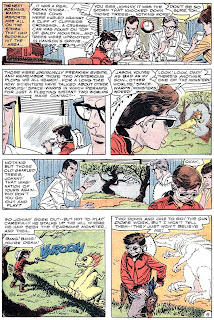 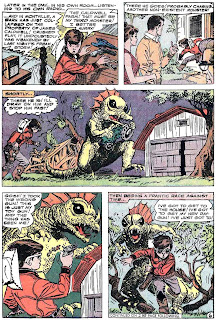 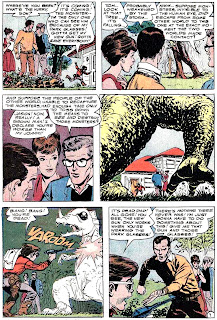 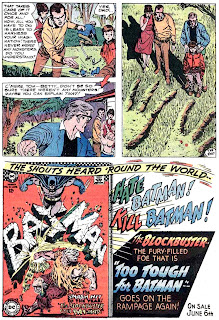 Email ThisBlogThis!Share to TwitterShare to FacebookShare to Pinterest
Labels: Lee Elias, My Greatest Adventure, Tales of the Unexpected

Scrolling Viewer: Never saw any change (and I've visited here for years). Single window with a horizontal and a vertical scroll bar. No corner links in pictures. Use Open Link in New Tab, followed by single mouse click to view actual size. Independent of browser.
Is this your Scroll View?

Robot Archie is a character I've seen. Love the UK comics, and don't see enough of them.

I don't know what Blogger called the viewer I call a scrolling viewer, but it was a gray screen with little boxes on the bottom, each with a page. When you clicked on the box the page would open up. The problem was in my older postings (I never checked any newer than 2009 in the viewer) the gray screen, rather than showing the page, would have a small rectangular, red box. It was a chore to have to click on the link and then open the page.

The right-click, open in a new tab method is the best way to open the pages. I suspect you never opened the pages singly from the main screen as I did, so did not see the viewer that was upsetting me. As I have mentioned earlier, I was ignorant of the open link in new tab feature, and learned of it in comments from HEH and Mykal Banta.

I'm not embarrassed to say that even after using computers for 20 years there are still a lot of simple things I've never learned.

Last year I told the young man who built my current desktop computer, "I still consider a computer to be a magic box. In order for it to work incantations must be chanted and occasionally a voodoo dance must be done." I don't have much of an aptitude for technology, which causes me to only learn what I need to know for a particular chore, and some of the arcane and mystical engineering behind the magic box eludes me.