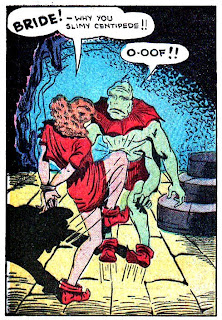 
One of the pleasures of doing this blog is hearing from the family members of comic book artists. This is an e-mail note from Frank Thomas' brother, Clint:

Pappy, Thanks so much for the Billy and Bonny Bee sequence [from Pappy's #168 and also Pappy's #299]. I'm Frank's kid brother, nine years younger. You may know Frank passed away in the sixties. He was a great cartoonist and an even greater brother. As you probably know also his last years were spent ghosting Ferd'nand.

Keep up the great blog. Mine by the way is at www.clintnmary.org and is for the family. Frank's daughter Nancy lives in Seattle and is married to Jim Bardeen, youngest son of Nobel Laureate John Bardeen.

In a follow-up note answering a question of mine, Clint told me Frank died in 1968 of cancer of the esophagus. He would have been only 54.

Frank Thomas was an early comic book pioneer. This particular strip, "Chuck Hardy," from Amazing-Man Comics #9, was produced in 1939. It is somewhat crude, but when Thomas went on to do his funny animal strips, like "Billy and Bonny Bee," just a few years later, his work was at a very high level, with the best of the funny animal cartoonists. 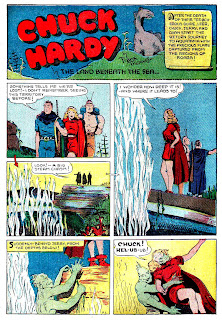 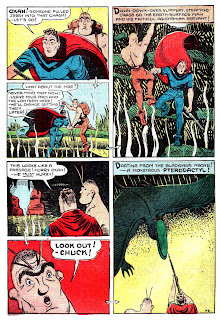 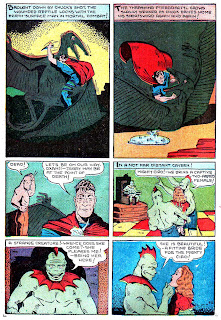 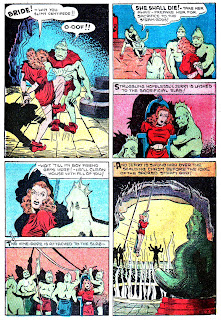 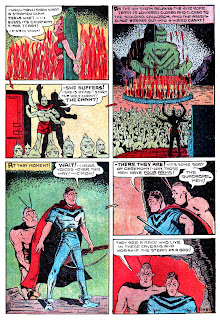 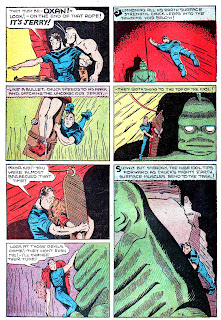 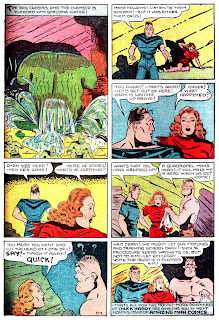 Enjoyed seeing this wonky-looking strip and the bonus cool "behind-the-scenes" interaction with the artists family, something I've experienced a couple of times myself with the son of Art Saaf.

You have to admire Chuck's progressive approach to Jerry'e ethnocentrism in that last panel.

That was just super cool!

Guys, I have some Owl strips by Frank Thomas I'll be showing one of these days, probably late November or early December. I think, next to Billy and Bonny Bee, that the Owl was some of his best comic book work.

When researching Centaur, it was fun discovering little gems like the Chuck Hardy serial. He also contributed one of the odder heroes out of the golden-age, the Eye.

Love his later work on the Owl.

I have looking into Amazing Man and his connection with other Tibetan-themed superheroes, most notably Charlton's Thunderbolt who shares an eerily similar origin story.

Anyway, I was most pleasantly surprised to find Chuck Hardy, which honestly is by far the most readable of all the material in the dozen or so issues of Amazing Man comic scans that I have seen. I get the feeling it was originally conceived as a strip. Knock-off or not, I was really impressed by the guy's work and that led me to this page. Cheers.