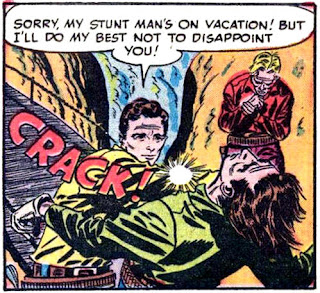 
I don't want to disparage the memory of Jimmy Wakely, who died in 1982, but I never heard of him before I saw DC's Jimmy Wakely comic book series. The comics lasted longer than Wakely's career as a movie singing cowboy, which was ending as DC's series began. The comics continued on until 1952.

I have a story from the last issue of the series, featuring a knock-off Ghost Rider, at Pappy's #666. It seems appropriate; Wakely was Monogram studio's knock-off of Gene Autry, with whom Wakely was inevitably compared. Wakely did have a good singing voice, appeared in other stars' western movies with his band, and had several hit records in the 1940s, but, unlike Autry, six decades after Wakely's career in movies ended he's not a household name.

Alex Toth and Frank Giacoia aren't household names, either, unless you live in my house, or the house of Golden Age comic fans. I've featured Toth several times in this blog, and hopefully many more times before my career, like Wakely's, comes to its end. 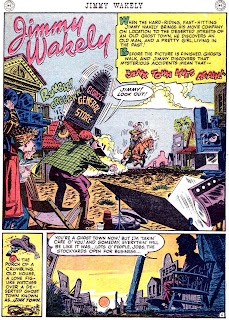 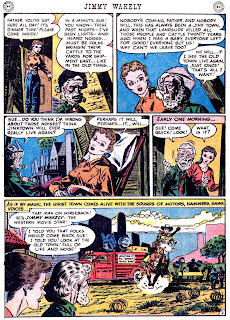 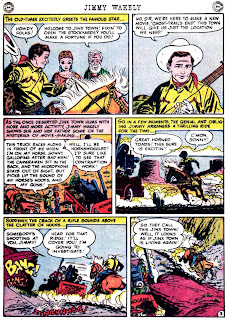 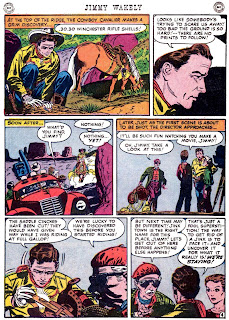 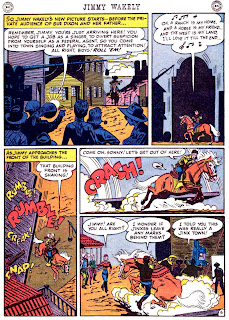 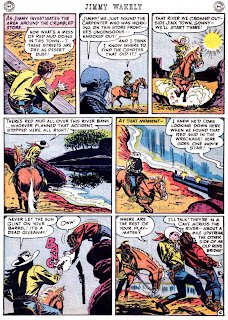 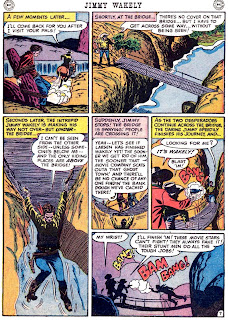 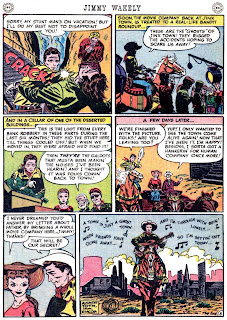