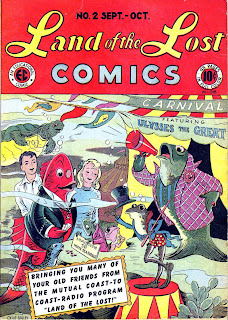 
I'm very taken by this clever children's comic from the late '40s. Isabel Manning Hewson created and wrote the radio series on which the comic is based, and she also wrote the comic, illustrated by Olive Bailey.

Bhob Stewart explained it in his editorial, "Perigee to Perilune," in Heavy Metal magazine, Fall, 1987:

[Speaking of characters in comics who came from radio]: "Such linkages may have been strongest in the case of Isabel Manning Hewson. As the writer/producer/narrator of Land of the Lost (aired by ABC beginning in 1944) and the scripter of EC's Land of the Lost comic book (illustrated by Olive Bailey), she maintained a consistency of characters and stories in both, duplicating the storylines. She also received credit for the story in the 1948 Land of the Lost animated short. The control Hewson exercised over Land of the Lost enabled her to actually become a fantasy fiction character: she wrote herself (as a little girl) into both the comic book and radio storylines. Each week Isabel and her friend Billy traveled underwater with a glowing red fish named Red Lantern, tour guide to all "of-fish-ally-lost" objects beneath the waves. Today, Red Lantern has himself become "of-fish-ally-lost" and forgotten, even though the radio actor who brought him to life was Art Carney."

You can see the Famous Studios cartoon, "The Land of the Lost" on YouTube here. 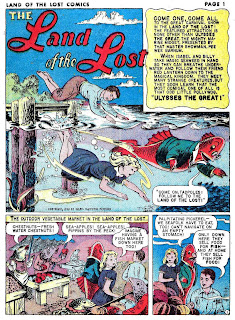 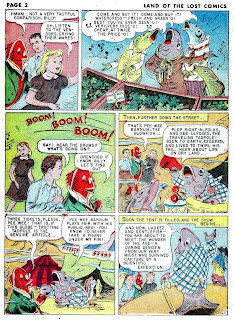 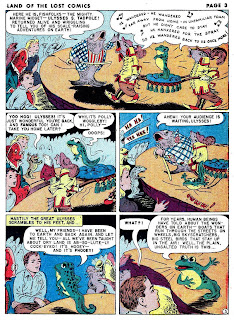 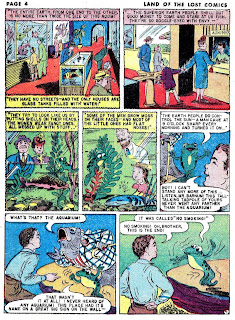 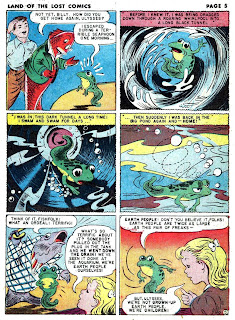 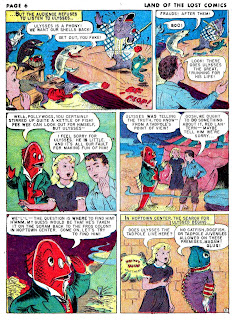 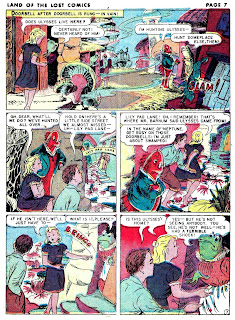 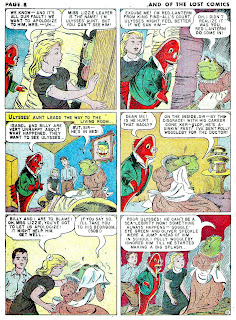 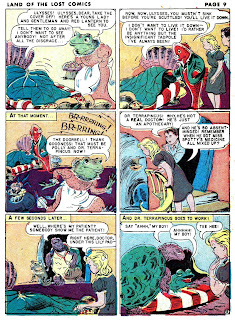 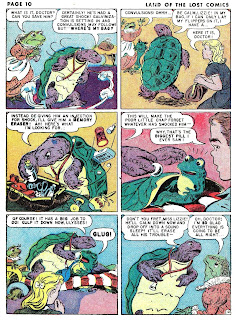 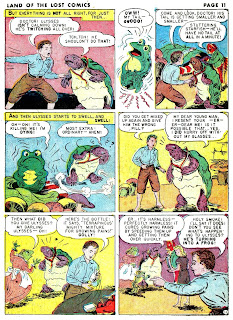 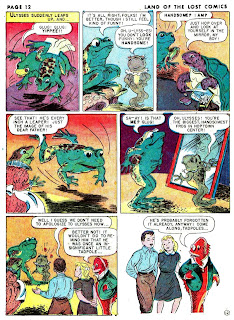 I got an e-mail the other day:

I've just finished a music video for the Berlin-based band "Rats live on no evil star"
This is an animated video made out of image from old comics collected on internet.
Because some of these images come from your blog i thought i would share the result with you.
You can see the vidéo here :
http://vimeo.com/18264751
don't hesitate to let me know what you think of it, or even post it or share it.
Have a really pleasant day :)
Keep up the good work with the blog

Corentin Kopp
WEB: www.lallali.com
Thanks, Corentin; great work and I'm fascinated by how this looks.

Rats live on no evil star - Tree in the Green from lallali on Vimeo.

In addition to a 1945 LAND OF THE LOST children's book, there were at least two record albums.