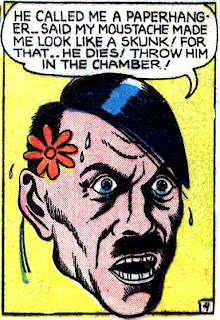 Number 793
Un-Super Heroes Week: After Midnight comes the Marksman
This is the final posting for Pappy's Un-Super Heroes Week:
Midnight was created by Jack Cole at the behest of Quality Comics publisher, Everett "Busy" Arnold, just in case Will Eisner was killed in World War II. Because Eisner owned his own creation, The Spirit, Arnold ordered up a visual copy with Midnight. Eisner might have ground his teeth down in frustration over this blatant infringement, but those were extraordinary times. Coming out of the Depression, Eisner probably thought discretion over Arnold's actions trumped litigation. As it worked out, Midnight became a cover feature of Smash Comics, but was gone before the end of the 1940s. The Spirit earned money for Eisner over several decades. This story is well drawn by another of Eisner and Cole's contemporaries, Paul Gustavson.
Read more about Midnight here.
I've shown a Marksman story before, in Pappy's #342. The Marksman is a character who should probably have been killed on his first mission, standing out as he does in his white t-shirt and red cape. But he is of the comics, and during the war comic characters had their gimmicks that made them impervious to the enemy, because the writer wrote it that way!
I like the precise Fred Guardineer artwork, though, and especially his caricatures of the Axis gangstas. The splash panel is classic.
Both of these stories are from Smash Comics #43, 1943. 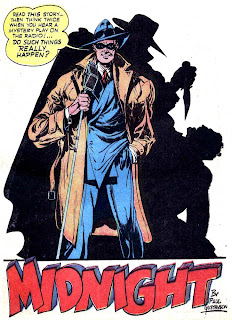 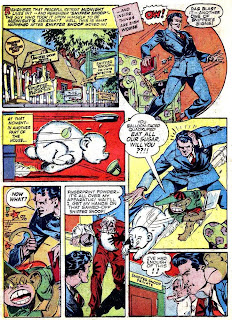 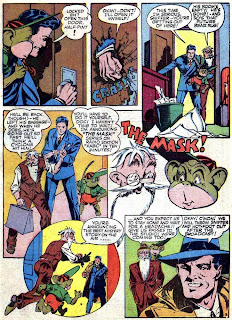 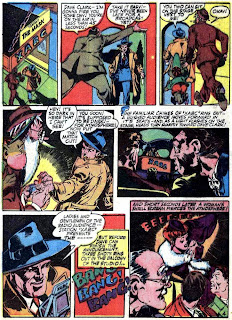 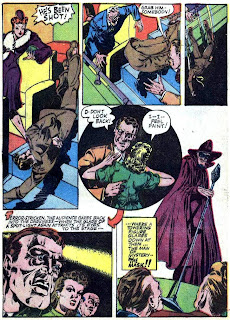 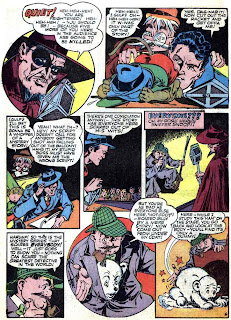 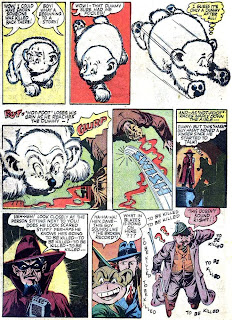 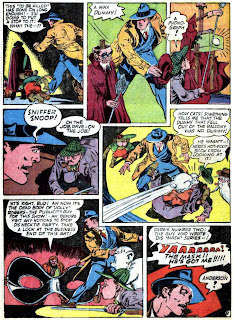 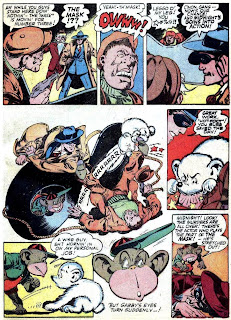 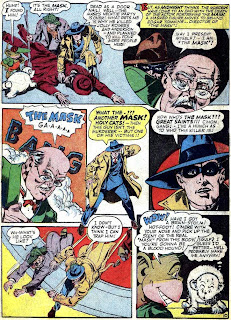 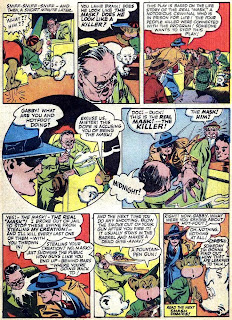 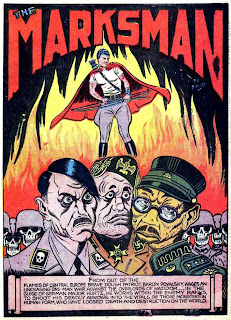 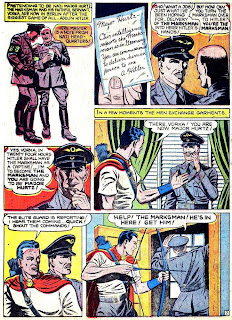 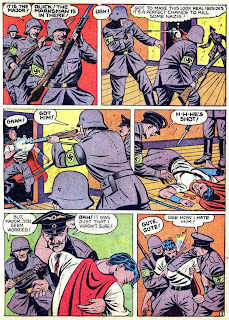 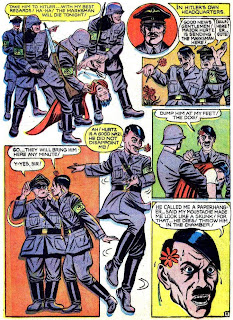 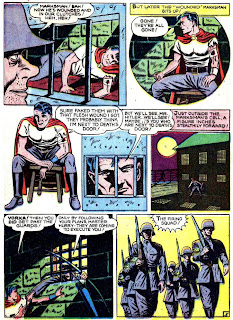 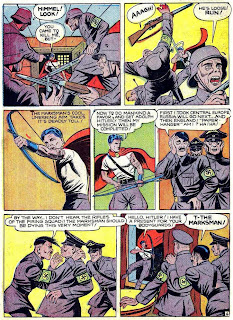 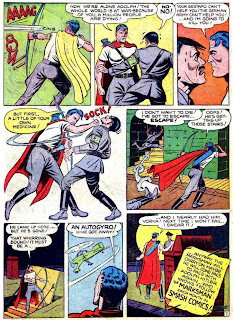 About the first one, wow! Nothing subtle about that rip-off. Eisner was such a forgiving man (of course, with his talent, he could afford to be).

I was quite happy with both these stories, too, Mykal. It's why I picked them to wrap up this theme week.