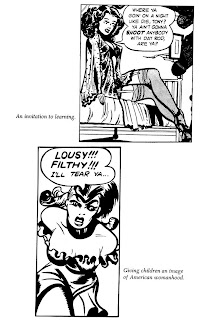 Number 788
Crime Does Pay Week: "Where ya goin' on a night like this...?"
It's day three of Crime Does Pay week at Pappy's:
By the time Seduction Of the Innocent by Fredric Wertham, M.D. came out in 1954 the stories these panels were lifted from were old, having both appeared in comic books dated 1948. It would have been hard for the average 1954 comic reader to put his hands on either story. It was disingenuous for Wertham to use them as illustrations, but they got attention. As I've said before, having a panel from SOTI gives a Golden Age comic more value. It wasn't anything Dr. W. envisioned, but it's how it worked out in the weird world of comics collecting.
The lingerie panel is an apparent swipe from Bill Ward by Walter Johnson, who filled the story, "Human Cat Trapped By Death Gun Slugs!", with obvious stolen art by better artists. I see both Kirby and Eisner figures, traced directly into this infamous story from Authentic Police Cases #6, published by St. John. 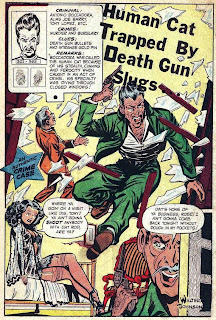 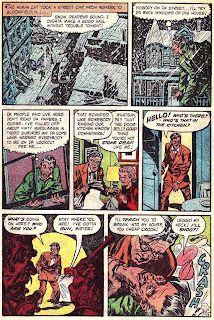 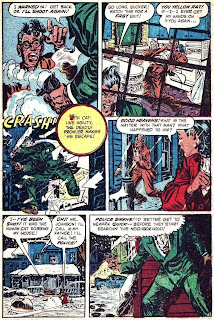 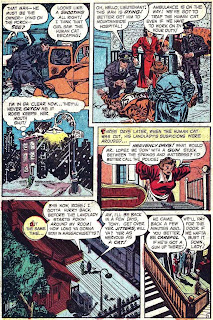 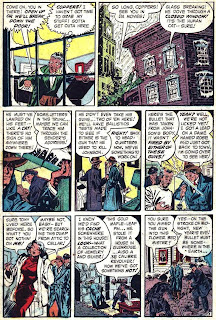 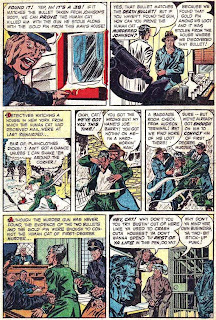 As I mentioned a couple of days ago, Victor Fox's comic books, especially Crimes By Women and Women Outlaws, where "Cattle Kate" appeared in issue #1, are infamous. Even for the normally raunchy and violent Fox comics, though, this story, drawn by an artist unidentified by the Grand Comics Database, is wild. 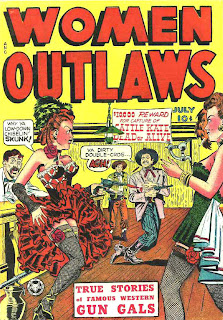 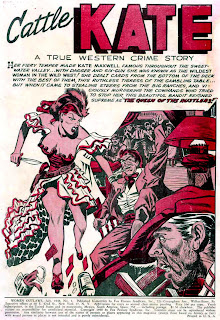 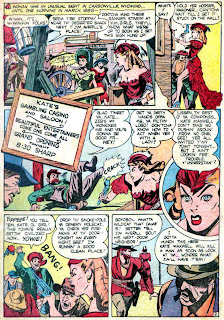 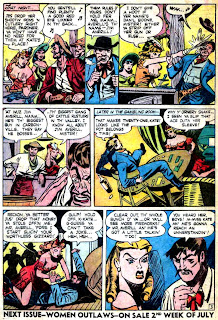 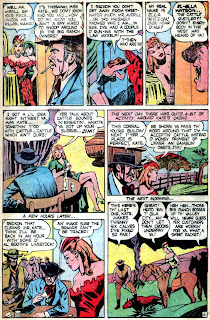 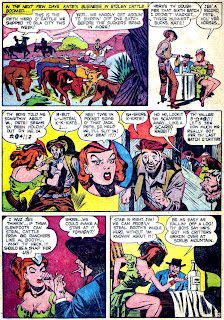 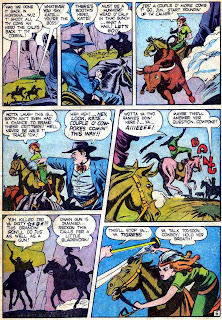 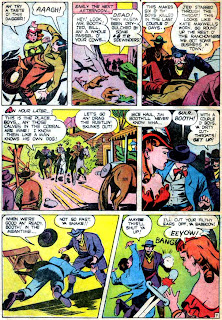 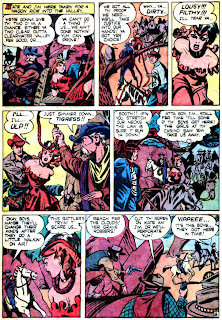 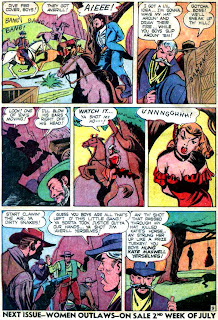 I've shown SOTI examples before. This is a notorious example, here with the "Jeepers! A dame and she's been croaked!" panel. In that posting I showed some examples of how swipes were traded around in the comics. Here is what I'm calling the Jeepers girl, from Murder Incorporated #1.
LATE ADDITION: My Lord! More Jeepers gals from another website that picked up on my original posting linked to in the above paragraph.
http://my-retrospace.blogspot.com/2010/05/vintage-themes-5-jeepers-shes-dead.html 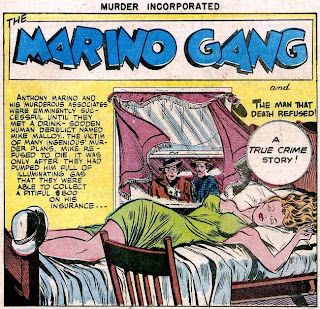 **********
The Social Reformer
Fredric Wertham, M.D., who died in 1981, was more than just the anti-comics devil who brought about censorship of the comics with his 1954 book, Seduction Of The Innocent. He was a psychiatrist and social reformer whose concerns included African-Americans, and the state of their mental health. Since the 1930s he had been trying to get mental health aid to the disenfranchised black people of New York City. With the help of people like author Richard Wright, and singer/actor Paul Robeson, he opened the LaFargue Clinic in a Harlem church basement in 1946. It remained in business, providing free mental health services to anyone of any race who needed it, until 1958.
What surprises me as I read about this aspect of his career is how far into the forbidden zone of postwar American political thought he was in those days. Richard Wright and Paul Robeson were considered subversives by the FBI. The LaFargue clinic was named after Paul LaFargue, a French socialist who was the son-in-law of Karl Marx. But Wertham was called as an expert witness during the Senate hearings on comics, where EC publisher Bill Gaines testified, and, too late, found the spotlight too hot. The committee even pointed to the satiric EC ad, "Are You A Red Dupe?" which castigated the enemies of comic books as being manipulated by communists. Was this editorial satire an oblique reference to Wertham by Gaines?
Even before the gavel fell the Senate committee went into session with its mind made up on comic books. They'd even let a left-leaning psychiatrist be their expert witness during the worst period of official anti-communist hysteria.
This brief Life magazine article, from February 23, 1948, gives some information on Wertham and the LaFargue Clinic. 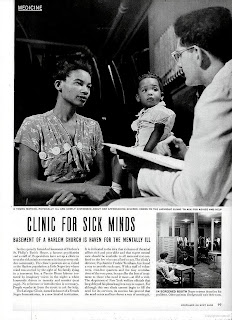 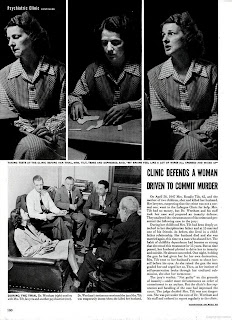 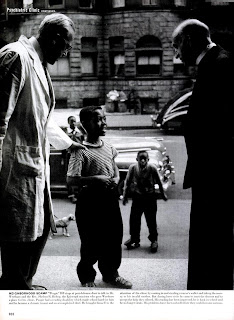 Wertham kept popping-up. He was earlier involved in the case of Albert Fish, specifically trying to prevent his execution so that he could be studied in order to better understand criminals of his sort. And I remember a letter from Wertham to the editors of TV Guide in the late '70s, claiming that “smoke”, if not “fire” could be seen in the effect of television on the behavior of children.

Were it not for the out-and-out falsification of some evidence used in SotI, I would claim that Wertham were a well-meaning sort who was simply a poor social scientist (failing to understand sample-selection bias and so forth). But that falsification, though not precluding good intentions, at the least takes the “simply” out of the story.

The art in that last story reminds me of Classics Illustrated, or rather, Classics Comics. It's just an impression, but it's lame in the same way as one or two of those.

Forgot to tick the box. Heh.