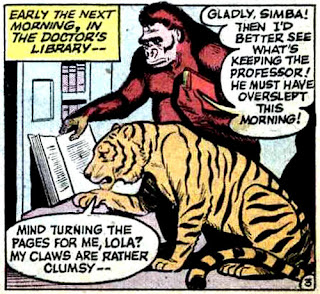 Number 799
"If I could talk to the animals..."
Here's a curious and yet poignant story from Forbidden Worlds #58, 1957. A bunch of talking animals strike out on the own, for better or worse, after losing their "master," Dr. Dolittle...errrrr, I mean Dr. Marlin.
This doesn't strike me as a typical ACG story, and maybe it was written by someone other than editor Richard E. Hughes, who is reputed to have written all the content for ACG's post-Comics Code titles.
It's well drawn, too, but the Grand Comics Database doesn't give credit.
Any story with gorillas named Steve and Lola is aces with me. 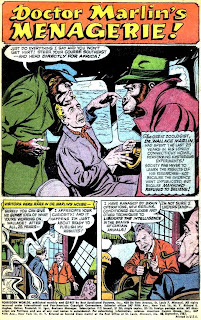 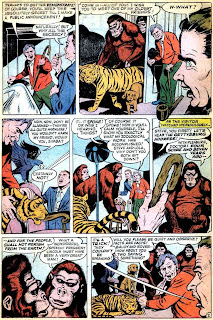 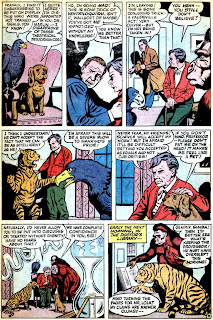 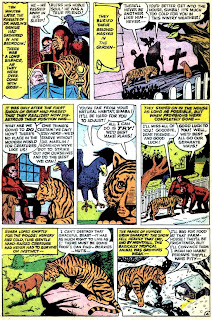 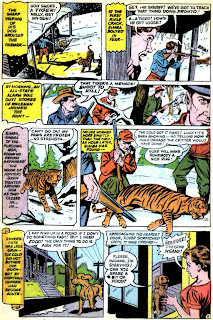 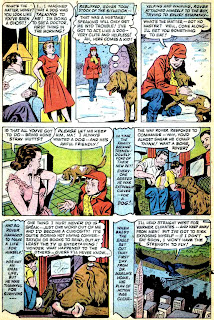 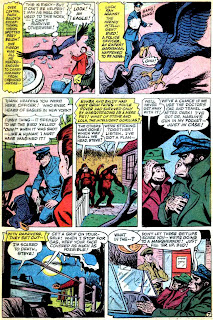 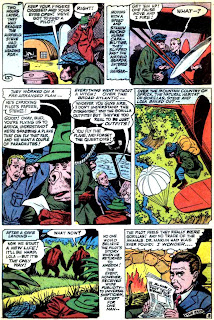 Quite poignant. What would you do as an animal?

One night a while back, I had a dream in which I had become a cat, and faced the same sort of situation these animals faced. I ended up doing what the dog did.

Then, a few weeks back, I sent an account of the dream to Jesse Reklaw who does "Slow Wave," a strip based on dreams people send him. He did my dream in 4-panels, presented in the July 24, 2010 installment of his online strip.

If you'd like to read my "I Was A Cat" dream rendered as a 4-panel strip, the url is here:

(I'd make it a clickable link, but I guess the blogging software is not permitting it because of spammers.)

Very cool, Mark. I'm a fan of Reklaw's Slow Wave. Thanks for sending this.

Here is a clickable link to your Slow Wave.

I have some trouble buying the idea that a city police officer would shoot an eagle to save a pigeon. I sense the story needed to be foreshortened a little at that point, and it's a little too bad. The rest of this is solid gold, and another, richer fate for the bird would have made this four-part story nearly perfect.