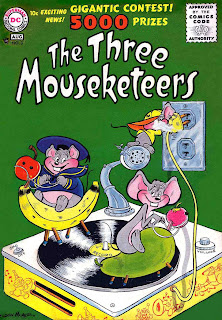 Number 797
Comical Comics Week: The Three Mouseketeers
This is the final day of Comical Comics Week, and with it, Pappy's theme month. On Sunday we go back to the regular style postings.
Sheldon Mayer created The Three Mouseketeers in 1956 for DC Comics. There had been another set of Three Mouseketeers--not the same characters--created in 1944. I showed one of their adventures in Pappy's #212. Mayer's Three Mouseketeers are different than the original Three Mouseketeers. My guess is that the popular Walt Disney TV show, The Mickey Mouse Club, which featured a group of pre-teen "Mouseketeers," was the reason for this strip. Since DC already had claim to the name Mouseketeers* they could tie in to the show by association with the title, and Disney couldn't do a thing about it.
Fatsy, Patsy and Minus were funny characters in the best Shelly Mayer tradition. You can read about them here. These two stories are from The Three Mouseketeers #3, 1956. The young boy in the story, "Working On The Railroad" looks like an older version of Spike, another character S.M. created that year in the comic book, Sugar and Spike. Spike was based on Mayer's son, Lanny. I assume this boy is, also. So did Mayer caricature himself as the pipe-smoking dad? 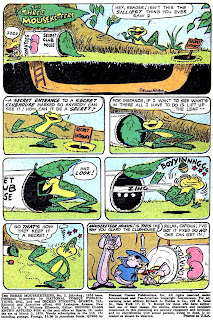 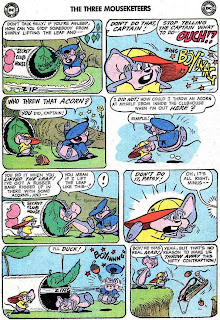 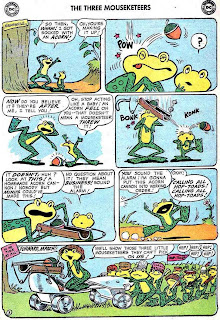 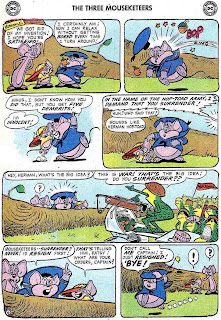 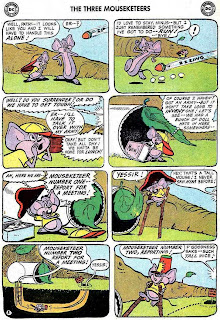 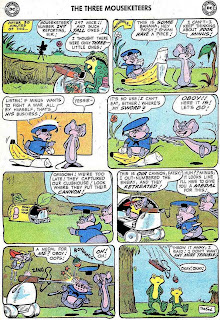 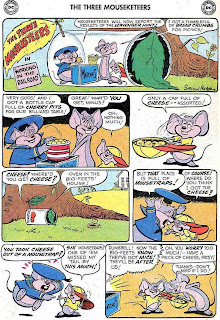 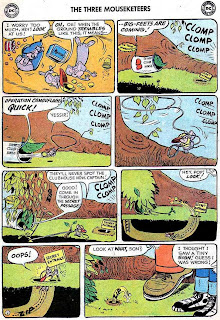 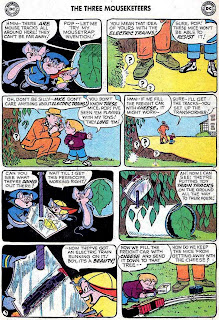 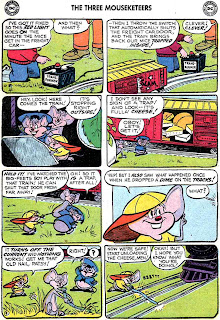 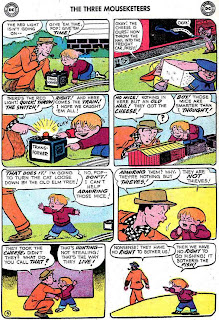 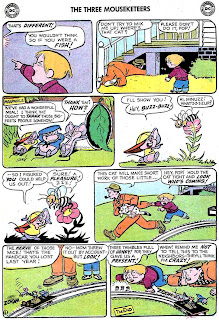 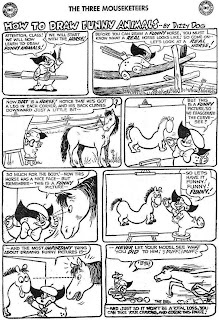 *For maximum confusion, Tom and Jerry starred in a spin-off comic called The Two Mouseketeers at Dell.
Posted by Pappy at 12:19 AM

I often feel nostalgic for the days when the comic rack was full of, not just super heroes, but also Western, Romance, Sci-Fi and Horror titles...but it's only when I see these great Humor comics that I really get that twinge that something's missing now.