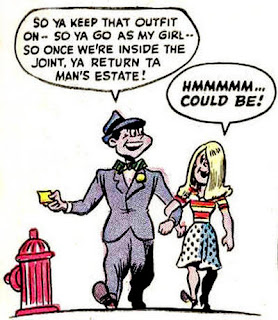 
This is the third day of Comical Comics Week:

In the 1940s cross-dressing in popular comedy was treated in a non-sexual way, like the 1892 play, Charley's Aunt, where a man dressed in disguise as a woman. So does Cookie, but he not only has a girl's name, he's small and looks good in a Veronica Lake wig.

At the time it was illegal in many places for men or women to wear each others' clothes in public, which is why Zoot is hollering for the cops because of a "female impersonator."

Wearing girls' clothes and a bit of sexual confusion sets the tone for some comedy by longtime animator/funnyman Dan Gordon, who also did Superkatt for ACG in the late 1940s. Cookie was another Archie-teenage comic, more successful than most. Cookie lasted for 55 issues, until 1955. Dan Gordon, who had worked for Max Fleischer, then Famous Studios, went back to Hanna-Barbera in the late '50s and did storyboards for their earliest creations, including storyboards for the first couple of episodes of The Flintstones. Gordon died in 1969. 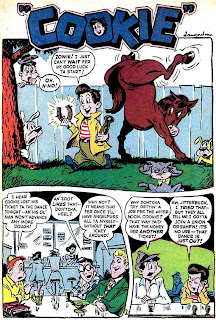 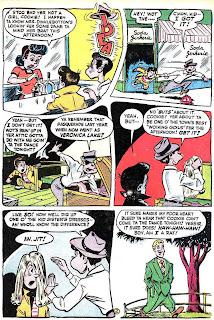 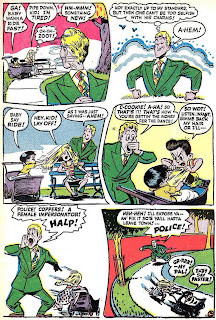 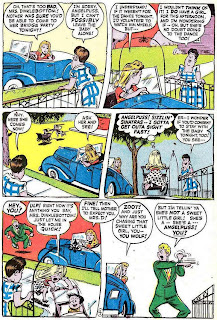 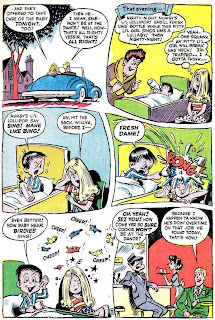 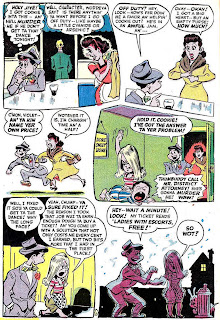 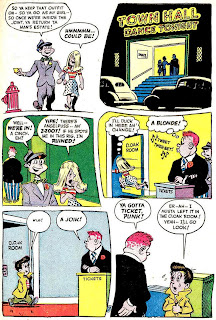 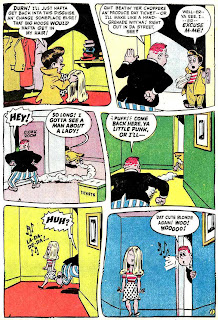 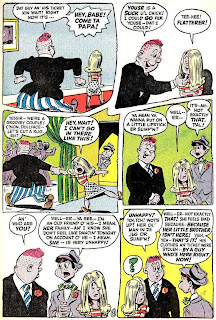 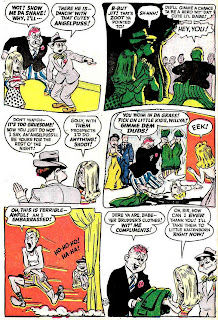 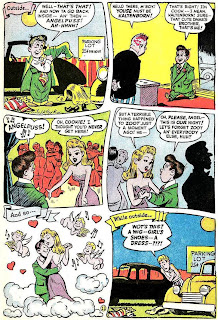 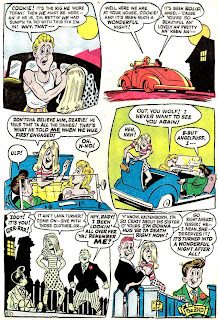 Great story. I picked up on the Veronica Lake "Peek-A-Boo" hair style.

It would be fascinating to find some other influences of Crumb's and attempt to track them down to individual images.